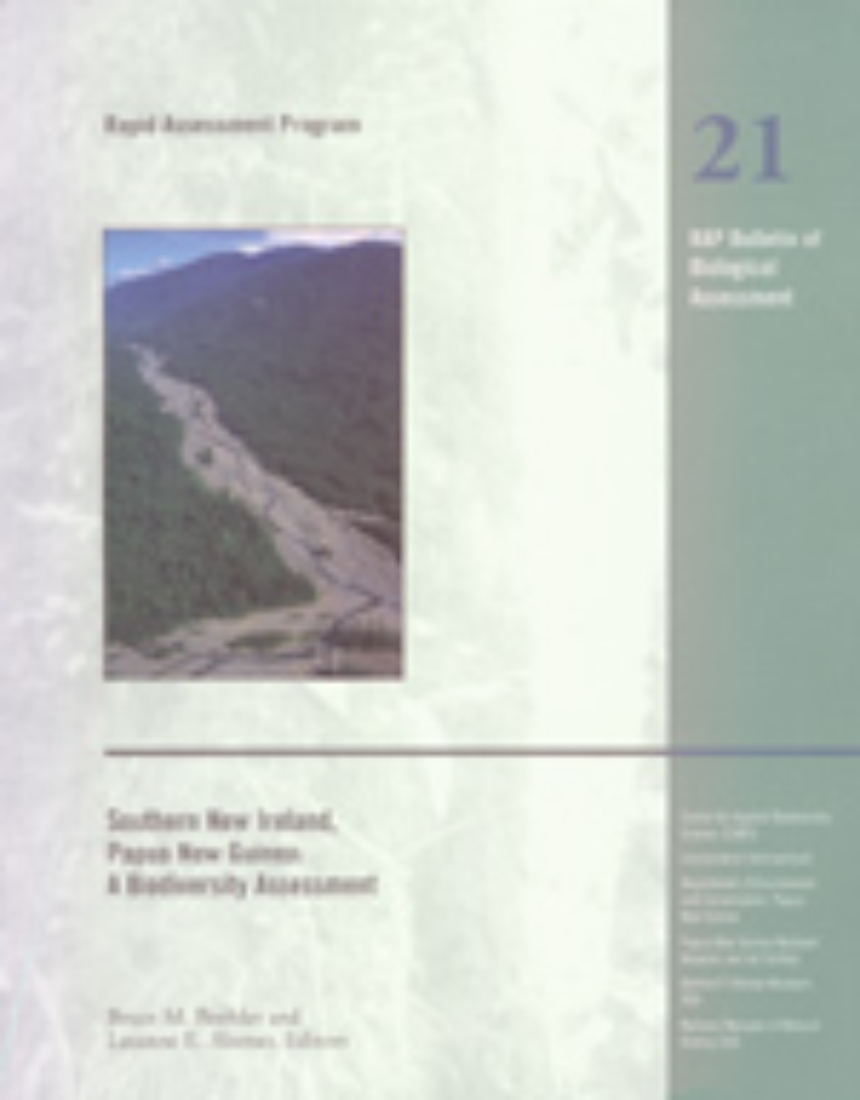 Biologically, New Ireland is one of the least biologically studied regions of Papua New Guinea—its mountainous southern zone has long been considered both a high priority for biodiversity conservation and a major "scientific unknown." Conservation International agreed to organize a rapid assessment of the forests and wildlife of southern New Ireland. The purpose of the rapid assessment exercise was threefold: to assess the biodiversity of southern New Ireland, to field-test rapid-survey methodology in Papua New Guinea, and to share expertise and methodologies with staff scientists from Papua New Guinea’s Department of Environment and Conservation.