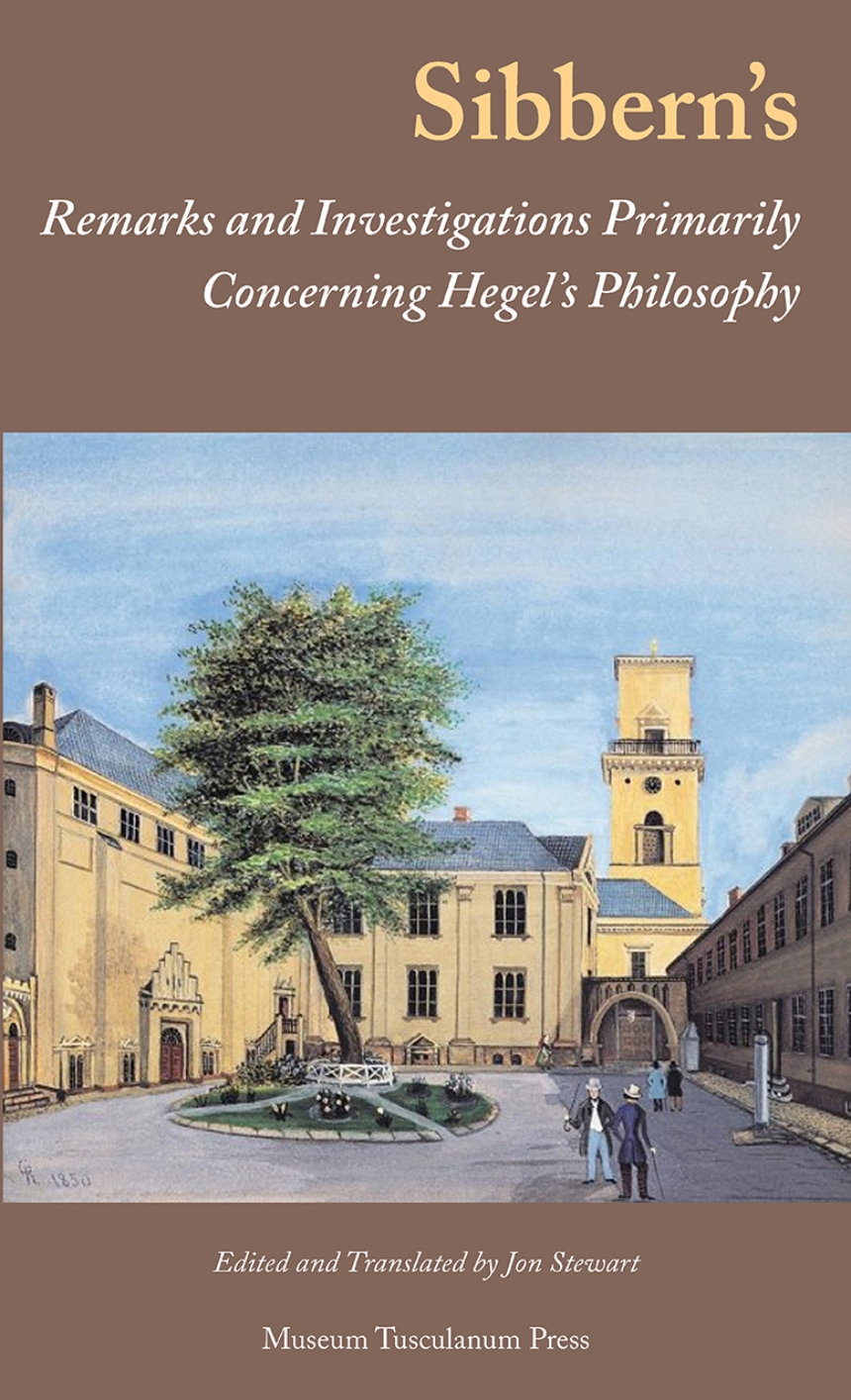 Edited and Translated by Jon Stewart

Edited and Translated by Jon Stewart

One of Denmark’s greatest philosophers during its greatest philosophical period, Frederik Christian Sibbern was a major figure on the landscape of the Danish Golden Age. Profoundly influenced by German philosophy, he was personally acquainted with figures such as Fichte, Schleiermacher, Goethe and Schelling. Sibbern had long been interested in the philosophy of G.W.F. Hegel but had never written any extended analysis of it. When Johan Ludvig Heiberg unveiled his new philosophical journal Perseus in 1837, as a part of his Hegelian campaign, he provided Sibbern with the occasion that he had been waiting for. In a series of eight installments in the journal, Maanedsskrift for Litteratur, Sibbern published an extensive critical account of Hegel’s philosophy under the guise of a review of the first volume of Heiberg’s Perseus. In the fall of 1838 he collected the first four installments of this review and published them as an independent monograph entitled, Remarks and Investigations Primarily Concerning Hegel’s Philosophy. This work represents arguably the most exhaustive, detailed and profound analysis of Hegel’s philosophy ever to appear in the Danish language, anticipating many aspects of Kierkegaard’s famous criticism.

“This translation into English of F.C. Sibbern’s carefully developed criticism of Hegel’s philosophy, from 1838, is something of an event for Anglophone Kierkegaard research. The translation is an achievement which Sibbern’s convoluted language and complicated Germanic syntax seems at first glance to make impossible. But Jon Stewart has been successful in translating this text, difficult even for a Dane, into a readable English without rewriting it entirely. Kierkegaard is often regarded as torn out of his Danish context, but not least of all after the publication of this seventh volume of Texts from Golden Age Denmark it will be difficult to ignore in the future the fact that he should be seen in the context of the Danish philosophy of his day.”