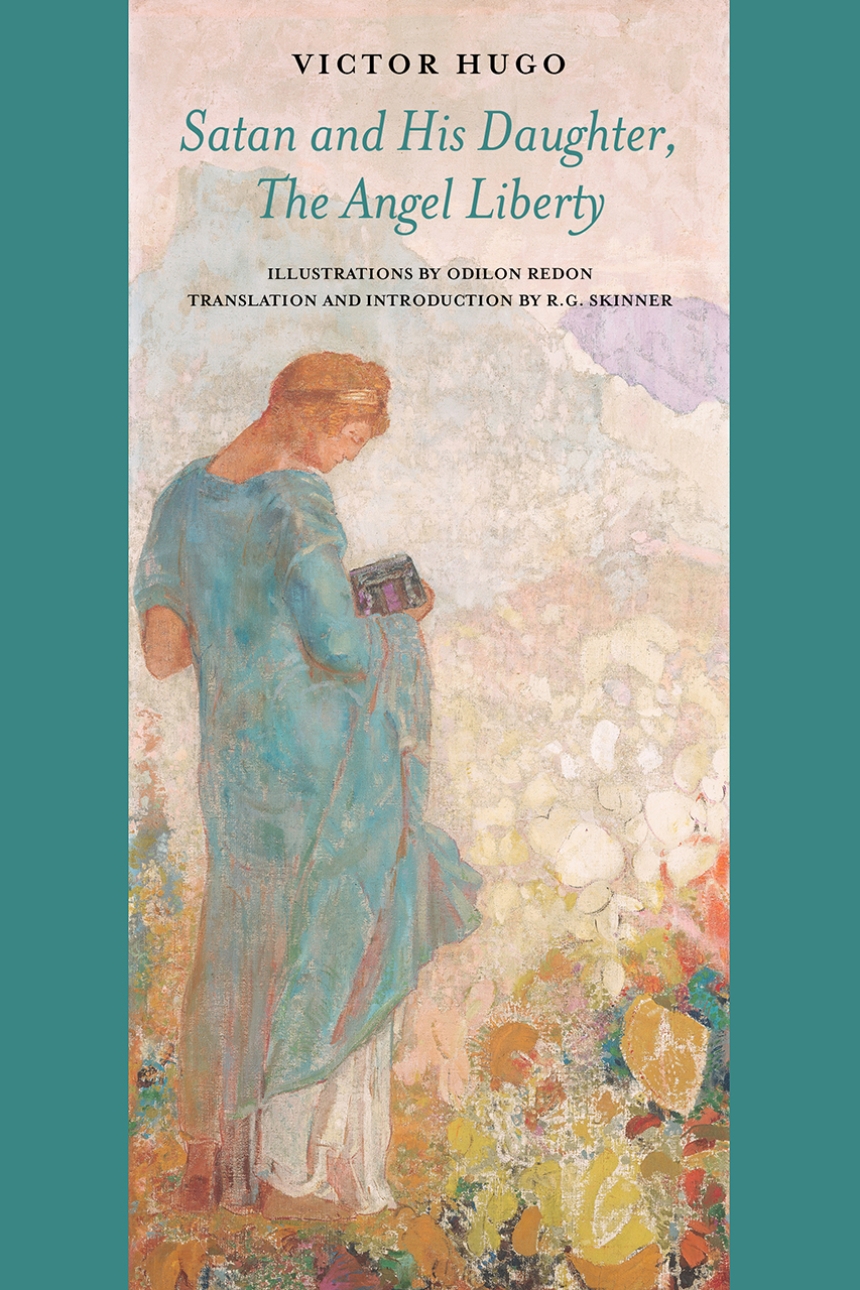 Satan and His Daughter, the Angel Liberty

Satan and His Daughter, the Angel Liberty

Translated and With an Introduction by R. G. Skinner
Illustrated by Odilon Redon
Victor Hugo spent years in political exile off the coast of Normandy. While there, he produced his masterpiece, Les Misérables—but that wasn’t all: he also wrote a book-length poem, La Fin de Satan, left unfinished and not published until after his death.

Satan and his Daughter, the Angel Liberty, drawn from this larger poem, tells the story of Satan and his daughter, the angel created by God from a feather left behind following his banishment. Hugo details Satan’s fall, and through a despairing soliloquy, reveals him intent on revenge, yet desiring God’s forgiveness. The angel Liberty, meanwhile, is presented by Hugo as the embodiment of good, working to convince her father to return to Heaven.

This new translation by Richard Skinner presents Hugo’s verse in a unique prose approach to the poet’s poignant work, and is accompanied by the Symbolist artist Odilon Redon’s haunting illustrations. No adventurous reader will want to miss this beautiful mingling of the epic and familial, religious and political.

As the translator’s well documented introduction explains, this narrative poem expresses many of Hugo’s most deeply held beliefs and actions around social justice and spirituality:  his tenacious battles for liberty, unending belief in the power of forgiveness and the possibility of redemption, and lifelong search to understand God. Too long too little known, Victor Hugo’s beautiful, thought-provoking Satan and His Daughter, the Angel Liberty deserves the fine treatment R. G. Skinner has given it."

"In this book, Satan and his Daughter, The Angel Liberty, R.G. Skinner breathes new life into French poet Victor Hugo by translating selected verses of Hugo’s La Fin de Satan into poetic prose. Notable, moreover, is the use of images by French artist Odilon Redon to illustrate Hugo’s verses. Though not originally created for the poet’s work, Redon's images, introduced to the reading public in Joris-Karl Huysmans’ 1884 novel A rebours (“Against Nature”), perfectly depict the dark themes of Hugo’s verses: evil and its counterpart, forgiveness. I hope that, like myself, readers of this prose translation will be enchanted by both Hugo’s and Redon’s ability to capture the darkest side of our soul, and its redemption."

Hélène Huet, Ph.D., European Studies librarian and scholar at the University of Florida