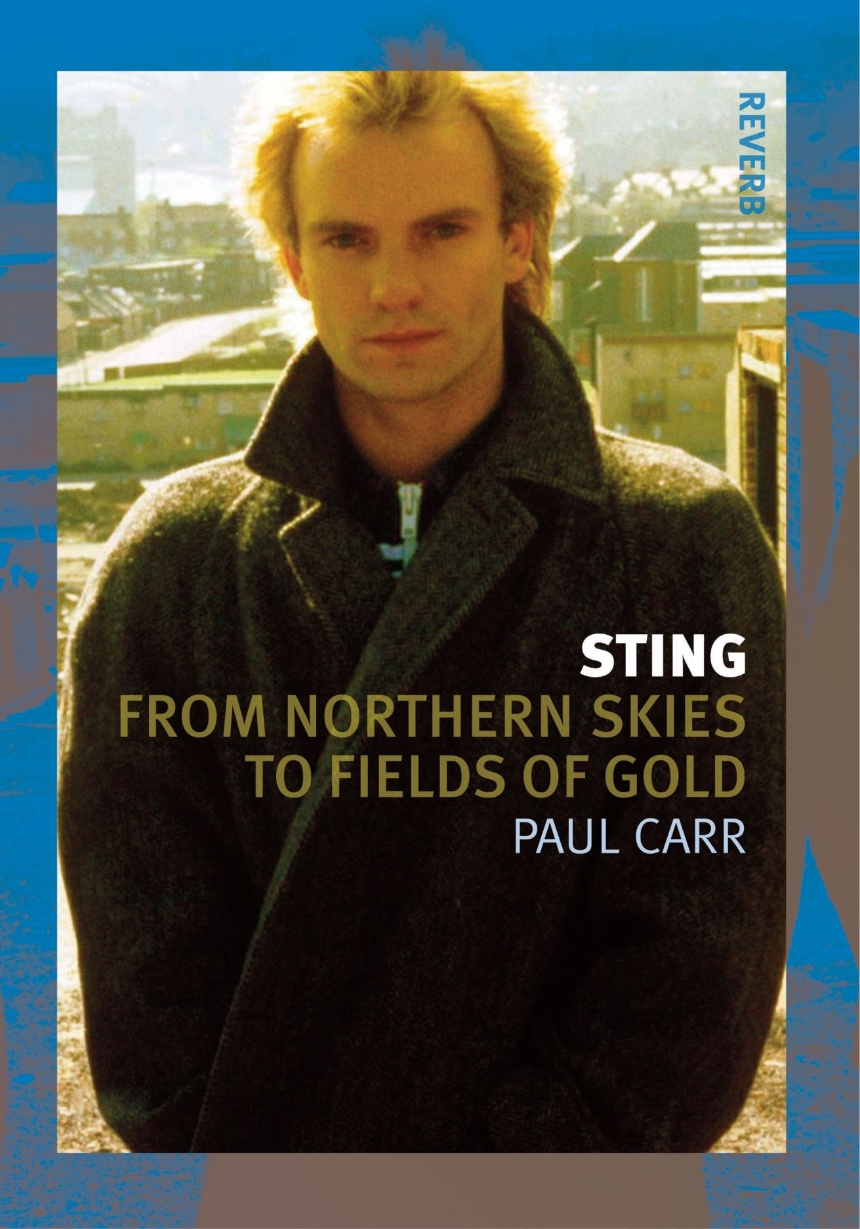 From Northern Skies to Fields of Gold

From Northern Skies to Fields of Gold

Gordon Sumner was born in a mainly working-class area of North Tyneside, England, in 1951. Decades later, we would come to know him as Sting, one of the world’s best-selling music artists. Sting was the lead singer of the Police from 1977 to 1984 before launching a hugely successful solo career. In Sting:From Northern Skies to Fields of Gold, popular music scholar Paul Carr argues that the foundations of Sting’s creativity and drive for success were established by his birthplace, with vestiges of his “Northern Englishness” continuing to emerge in his music long after he left his hometown.

Carr frames Sting’s creative impetus and output against the real, imagined, and idealized places he has occupied. Focusing on the sometimes-blurry borderlines between nostalgia, facts, imagination, and memories—as told by Sting, the people who knew (and know) him, and those who have written about him—Carr investigates the often complex resonance between local boy Gordon Sumner and the star the world knows as Sting. Published to coincide with the fortieth anniversary of the formation of the definitive line-up of the Police, this is the first book to examine the relationship between Sting’s working class background in Newcastle, the life he has consequently lived, and the creativity and inspiration behind his music.

"This biography isn’t an all-encompassing look at the life of Gordon Sumner. It is, however, the first to examine the strong sense of 'place' evident in Sting’s music and lyrics, beginning with his working-class roots in northern England. The author, himself a musician, is a professor of popular music analysis at the University of South Wales; this is accessible scholarship that will be of greatest interest to those steeped in the musical culture of the past half-century."

"Analyzing the career of any successful public figure requires a multi-faceted approach to understanding their evolution. With Sting: From Northern Skies to Fields of Gold, author Carr highlights the influence of Sting's North England working-class upbringing as a driving factor, from the youthful rejection of his hometown to his subsequent acceptance of it in maturity. Indeed, location and the influence of countries near and far serve as the book's primary driving force. The book realizes Sting's musical and philanthropical efforts as a result of his travels. . . . Well-researched and comprehensive yet also accessible for the occasional reader. Brimming with exact date citations and a wealth of footnotes, Sting is unquestionably thorough. . . . Diehard fans of the musician will relish accounts of early gigs and technical details of first recordings."

“Perhaps fittingly, this enjoyable book opens by describing how Gordon Sumner grew up on the borderline, between the Roman Empire and the uncharted wildlands to the North. It shows how where we come from—whether real, or imagined—defines us, and delves deep into those liminal zones between fact and fiction, to put Sting in a new geographical and cultural context.”

Paul Trynka, author of "Sympathy for the Devil: The Birth of the Rolling Stones and the Death of Brian Jones"

"Carr’s carefully researched study of Sting is clearly written out of deep appreciation for the man and his music, but it demonstrates why even non-fans should get to know him. Rather than focus on anecdote and personality, the book gets to the heart of what makes Sting tick musically without being drily academic. It negotiates well the seeming contradictions of this Geordie 'world citizen,' providing fascinating detail about aspects of Sting’s sound, how it signifies, and how it has been achieved, leading to a rounded picture of a major musician."

"About as thoroughly well-researched as a book can be, tracking Sting's journey from his mostly dreary childhood in working class Wallsend, to the height of the punk era with the accomplished and decidedly non-punk Police . . . to becoming the biggest band in the world within a very short space of time. Carr, like Sting and myself, a 'distant Geordie,' interviewed dozens of people from every step along the way, giving the reader a vivid portrait of this driven and singular man who has proved to be an unstoppable musical force for the past four decades, and illustrates with startling clarity how his unhappy family life and his youthful desire to escape from Newcastle shaped his music. The latter issue is eventually resolved in his fine musical show The Last Ship, which as well as being a tribute to the wisdom of women and the value of work, is an affectionate homage to the working class people of Newcastle. A thoroughly authoritative and fascinating insight into the character of one of the great artists of our time."

Carl Orr, composer and guitarist on "The Last Ship"