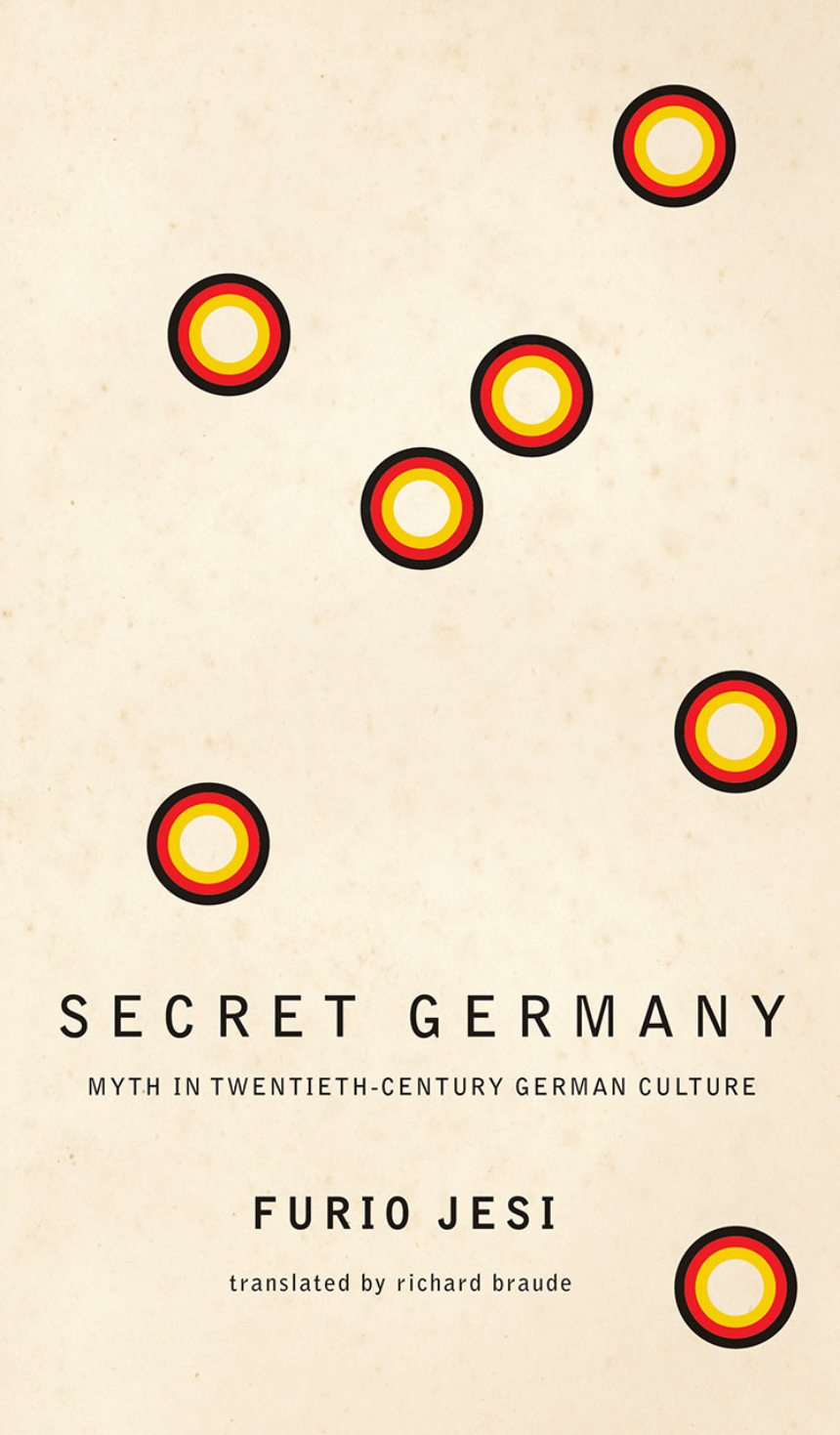 Translated by Richard Braude
An analysis of how a political myth is taken and treated as a metaphor that reflects how a country like Germany built its own destiny.

In the decades before the rise of the Third Reich, “Secret Germany” was a phrase used by the circle of writers around the poet Stefan George to describe a collective political and poetic project: the introduction of the highest values of art into everyday life, the secularization of myth and the mythologization of history. In this book, Furio Jesi takes up the term in order to trace the contours of that political, artistic, and aesthetic thread as it runs through German literary and artistic culture in the period—which, in the 1930s, became absorbed by Nazism as part of its prophecy of a triumphant future. Drawing on thinkers like Carl Jung and writers such as Thomas Mann and Rainer Maria Rilke, Jesi reveals a literary genre that was transformed, tragically, into a potent political myth.