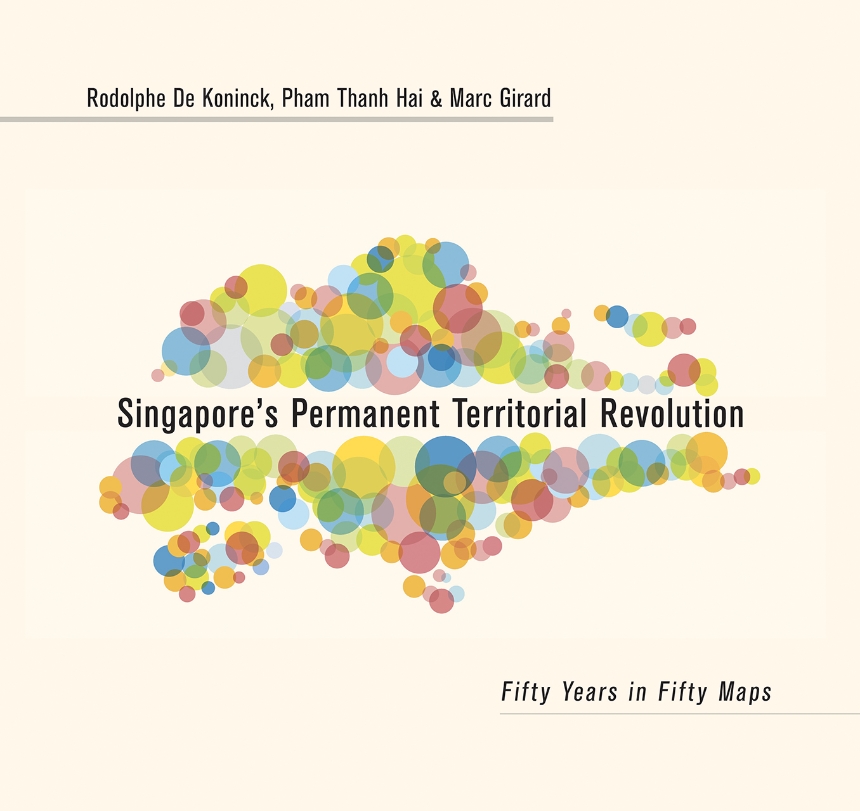 With Cartography by Pham Thanh Hai and Marc Gilard
Ever since Singapore became an independent nation in 1965, its government—the country’s sole landlord—has been intent on transforming the island’s environment. This has led to a nearly constant overhaul of the landscape, whether natural or man-made. No stone is left unturned, literally, and not a single cultural feature, be it a house, a factory, a road, or a cemetery, is safe from the constant modification.

This atlas maps these changes in depth, vividly illustrating the shifts in Singapore’s spatial order. Taken together, these maps demonstrate how physical transformations have led to social changes and how the government has used land and property as a tool of social management. By constantly replanning the rules of access to space,  De Koninck argues, the Singaporean State is redefining territoriality, down to its minute details. Whether considered progress or politics, it is an unprecedented use of the physical to control an entire society.

“A must-read not only for developmental specialists, economists, and political scientists, but for all secondary school and university students, to better understand the dynamics of how Singapore got to where it is now.”

“The effect is unexpected and entirely pleasurable: a coffee table book that makes a theoretical argument. . . . De Koninck and colleagues make significant strides in explicating Singapore’s historical geography. The book is a labor of tremendous love and energy.”