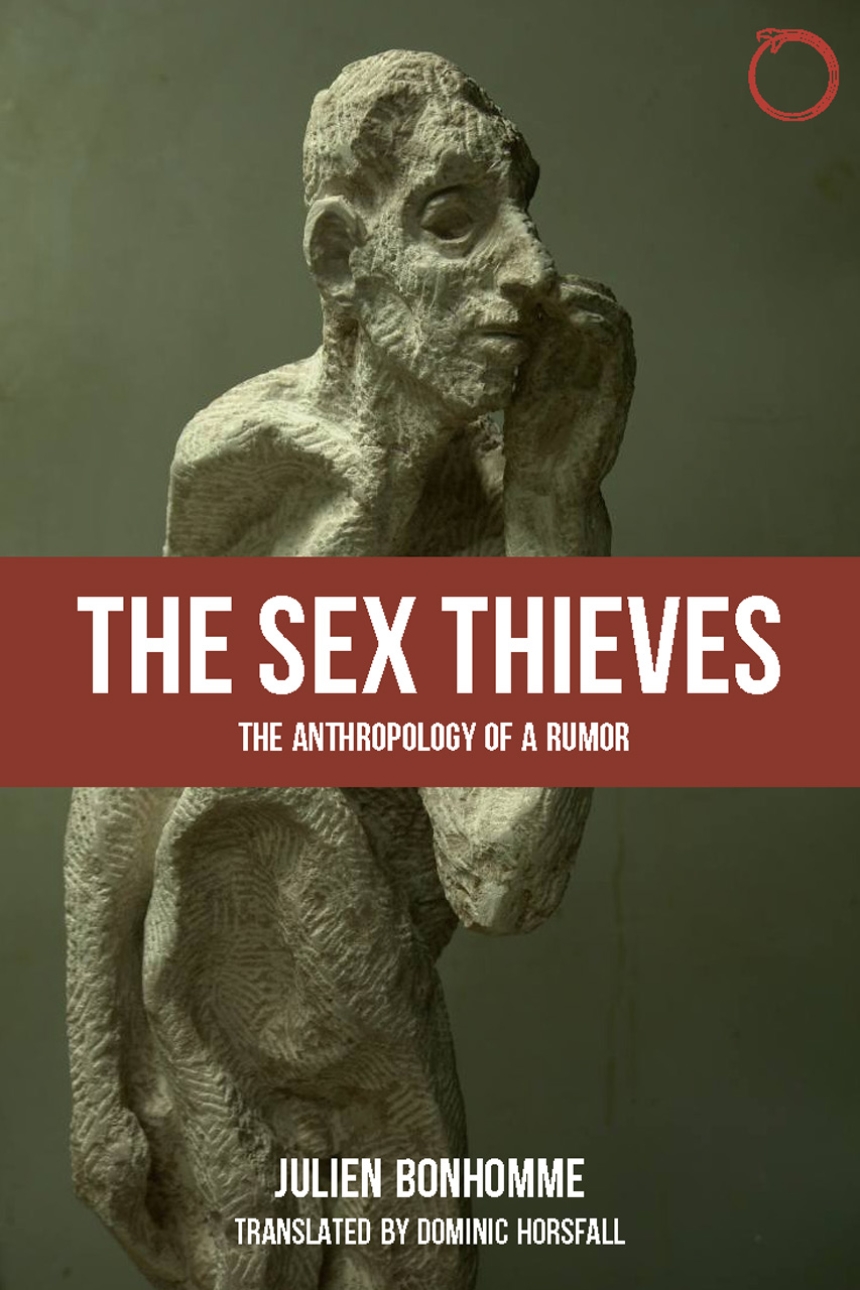 The Anthropology of a Rumor

The Anthropology of a Rumor

Translated by Dominic Horsfall and with a Foreword by Philippe Descola
While working in Africa, anthropologist Julien Bonhomme encountered an astonishing phenomenon: people being accused of stealing or shrinking the genitals of strangers on the simple occasion of a handshake on the street. As he soon discovered, these accusations can have dramatic outcomes: the “sex thieves” are often targeted by large crowds and publicly lynched. Moreover, such rumors are an extremely widespread practice, having affected almost half of the African continent since the 1970s. In this book, Bonhomme examines the story of the “penis snatcher,” asking larger questions about how to account for such a phenomenon—unique in its spatial and temporal scale—without falling prey to the cliché of Africa as an exotic other.

Bonhomme argues that the public belief in sex thieves cannot be considered a superstition or form of mass hysteria. Rather, he brings to light multiple factors that explain the rumor’s success and shows how the cultural dynamic can operate on a vast scale. Analyzing the rumor on both transnational and local levels, he demonstrates how it arises from the ambiguities and dangers of anonymity, and thus that it reveals an occult flipside to everyday social interaction. Altogether, this book provides both richly ethnographic and theoretical understandings of urban sociality and the dynamics of human communication in contemporary Africa and beyond.

"Julien Bonhomme has produced a fascinating study of an unsettling African rumor: 'genital theft,' the widespread distribution of which he is able to trace across both time and space. His work provides a detailed ethnography of these 'genital theft' cases, and sets them in perspective alongside a series of other rumors and other forms of witchcraft, in Africa and further afield. This is a brilliant demonstration of how a social phenomenon, born out of the most banal of daily interactions, merits the serious consideration of ethnography as it strives to comprehend the most fleeting aspects of human sociality."

Jeanne Favret-Saada, author of The Anti-Witch and Deadly Words: Witchcraft in the Bocage

"Bonhomme succeeds in making sense of one of the most baffling 'urban legends' of our time: that of 'penis snatchers' creating moral panics throughout West and Central Africa. By his sensitive and detailed explorations of the mundane circumstances under which the rumor became 'such a good story to think and tell' he manages to de-exoticize what seems to be shockingly exotic. This makes the book not only fascinating to read, but also a most convincing proof of what pragmatic anthropology, coupled with theoretical fervor, can achieve in practice."

"Julien Bonhomme’s book is an innovative ethographic study of a phenomenon discontinuous in time and space: a baffling rumor that has been reccurring in various African countries. Bonhomme develops a groundbreaking anthropological analysis of the phenomenon, drawing on the social and the cognitive sciences to explain the cultural success of this rumor. The book is also an excellent read."