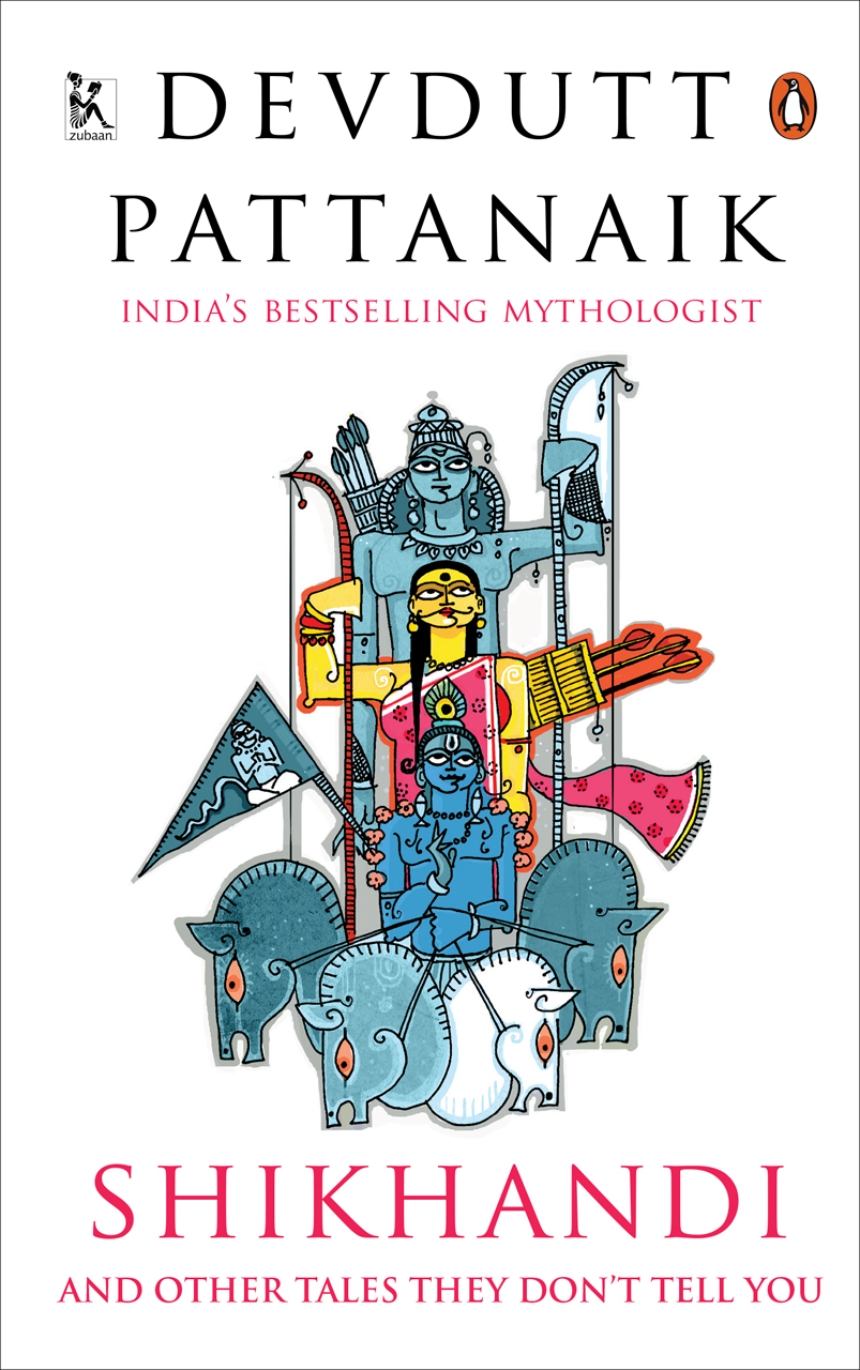 And Other Tales They Don’t Tell You

And Other Tales They Don’t Tell You

Patriarchy asserts that men are superior to women, feminism clarifies that women and men are equal, and queerness questions what constitutes male and female. One of the few people to talk frankly and sensitively about queerness and religion, celebrated Indian mythologist Devdutt Pattanaik explains that queerness isn’t only modern, Western, or sexual. Rather, by looking at the vast written and oral traditions of Hinduism, he finds many overlooked tales with queerness at their center, some over two thousand years old. There’s Shikhandi, who became a man to satisfy her wife; Mahadeva, who became a woman to deliver her devotee’s child; Chudala, who became a man to enlighten her husband; Samavan, who became the wife of his male friend—and many, many more.
In Shikhandi, and Other Tales They Don’t Tell You, Pattanaik recounts these stories and explores the importance of mythologies in understanding the modern Indian mindset. Playful, touching, and sometimes disturbing, when Shikhandi’s stories are compared with their Mesopotamian, Greek, Chinese, and Biblical counterparts, they reveal the unique Indian way of making sense of queerness.

“Pattanaik is a master storyteller” —Bibek Debroy, translator of The Bhagavad Gita