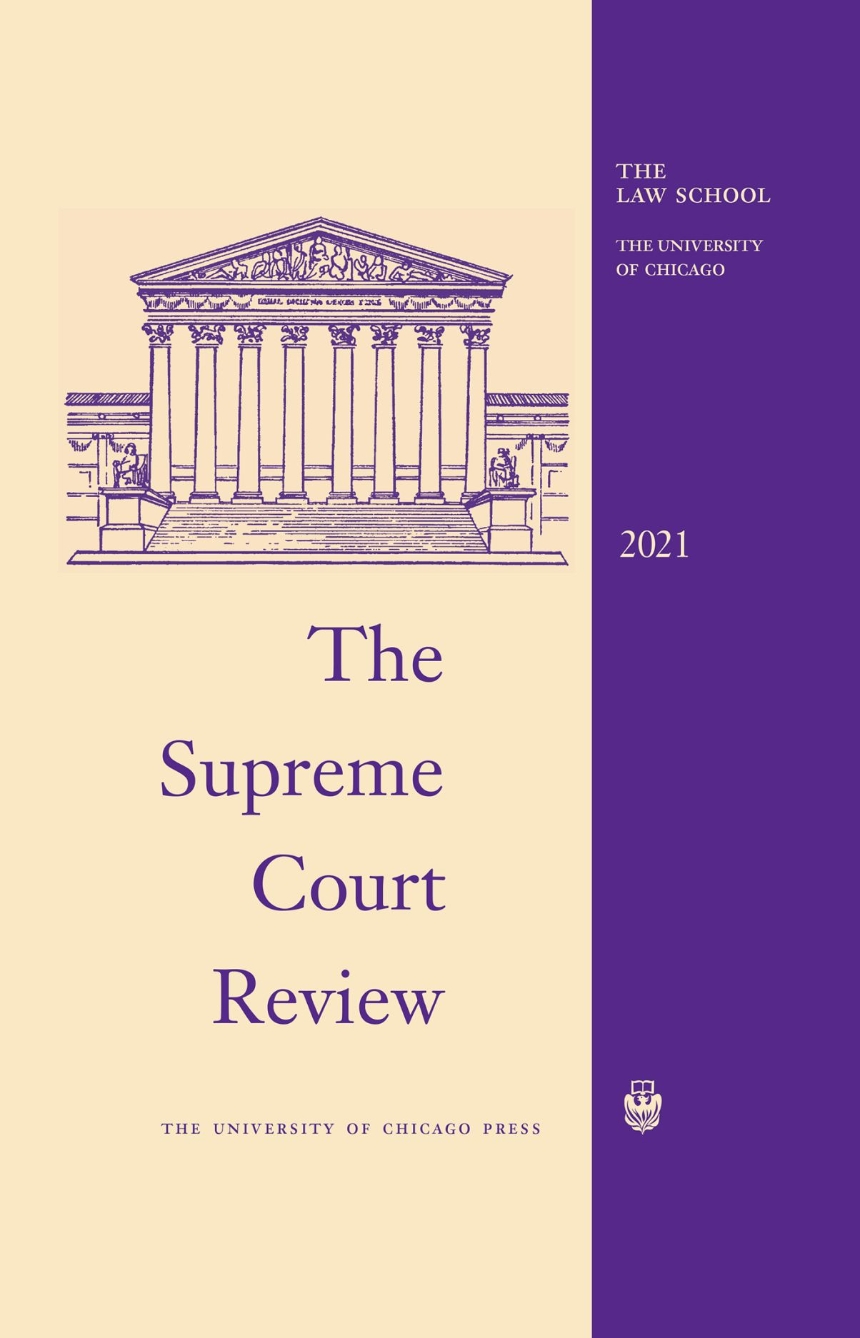 The latest volume in the Supreme Court Review series.

Since it first appeared in 1960, the Supreme Court Review has won acclaim for providing a sustained and authoritative survey of the implications of the Court's most significant decisions. SCR is an in-depth annual critique of the Supreme Court and its work, analyzing the origins, reforms, and modern interpretations of American law. SCR is written by and for legal academics, judges, political scientists, journalists, historians, economists, policy planners, and sociologists.

The Roberts Court and the Transformation of Constitutional Protections for Religion: A Statistical Portrait
Lee Epstein and Eric A. Posner