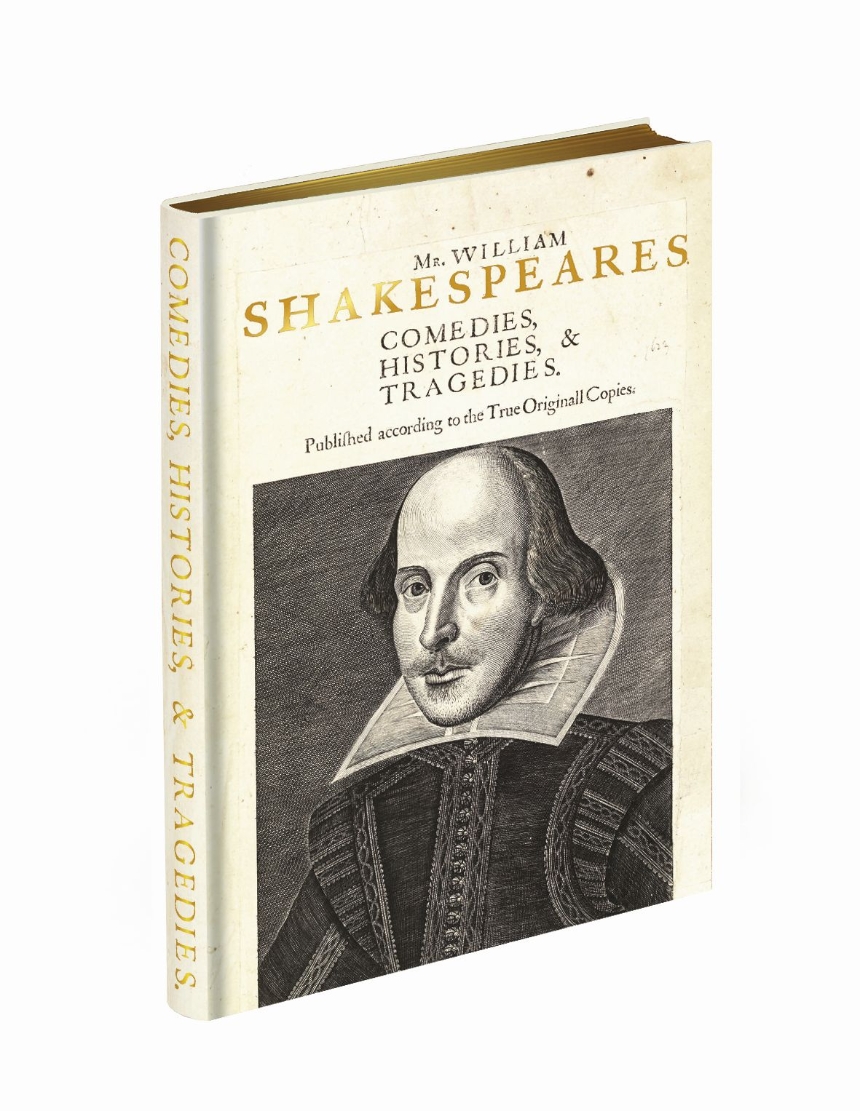 Edited by the Bodleian Library
With an Introduction by Emma Smith
A hardback journal published to celebrate the 400th anniversary of Shakespeare’s First Folio.

The First Folio—the celebrated collected edition of William Shakespeare’s plays—was published in 1623, seven years after Shakespeare’s death. It was compiled by John Heminge and Henry Condell, both actors in Shakespeare’s company, the King’s Men. Originally titled Mr. William Shakespeares Comedies, Histories & Tragedies, the First Folio as we know it today contains many plays that do not survive in any earlier printed versions, including Macbeth, The Tempest, and Twelfth Night. To mark the 400th anniversary of the publication of the First Folio, this high-quality journal reproduces the title pages of a selection of plays, together with the famous frontispiece featuring Shakespeare’s portrait, an engraving by Martin Droeshout.

Produced in hardback with ruled pages, foiled spine, gilt page edges, and ribbon marker, this is an inspirational gift for Shakespeare fans and budding writers alike.