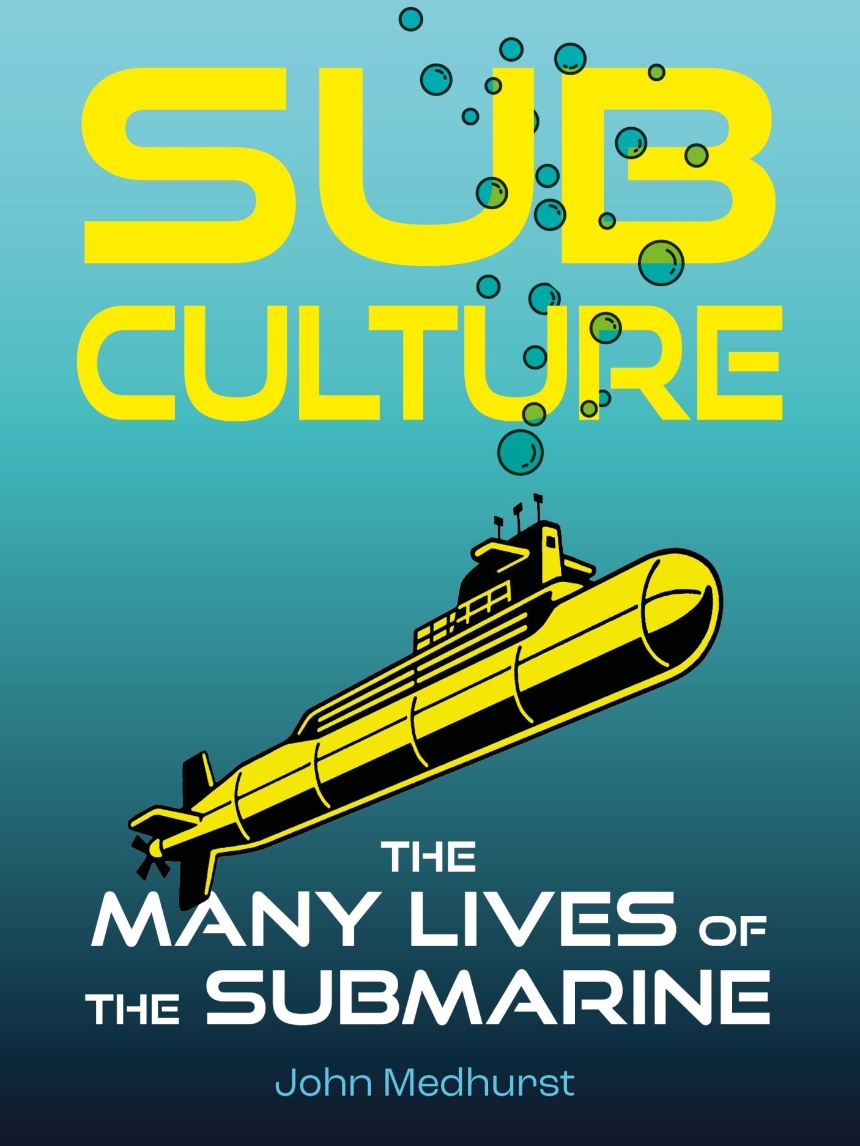 The Many Lives of the Submarine

The Many Lives of the Submarine

A deep dive into the significance of submarines, across everything from warfare and politics to literature and film.

Sub Culture explores the crucial role of the submarine in modern history, its contribution to scientific progress and maritime exploration, and how it has been portrayed in art, literature, fantasy, and film. Ranging from the American Civil War to the destruction of the Russian submarine Kursk in 2000, the book examines the submarine’s activities in the First and Second World Wars, the Cold War, and in covert operations and marine exploration to the present day. Citing the submarine, particularly the nuclear submarine, as both ultimate deterrent and doomsday weapon, Sub Culture examines how its portrayal in popular culture has reinforced, and occasionally undermined, the military and political agendas of the nation-states that deploy it.

“Medhurst has crafted a unique and provocative work which shows how the submarine has a more significant role in political history, popular fiction and collective psychology than we ever suspected. Lucid, well-judged, and informative, Sub Culture is an easily navigable political and cultural history, and a highly engaging read.”

“From Jules Verne’s Nautilus to the Beatles’ Yellow Submarine, from American and Soviet nuclear submarines to the exploratory submersible that movie director James Cameron used to go to the bottom of the Mariana Trench, submarines have long had a prominent role both in geopolitical strategy and at the heart of popular culture. In Sub Culture Medhurst gives readers a comprehensive, deeply thoughtful, and also delightfully amusing tour of the different roles that the submarine has played in our collective imaginations.”

“Sub Culture is a wide-ranging and thoughtful account of the submarine in film, literature, and contemporary history. It offers both an introduction to its use as a setting and a sophisticated reflection on its significance to modern history, cultural representation, and global geopolitics. It will appeal alike to the film enthusiast, those interested in military and political history, and the general reader.”

“As clear-eyed and rigorous a writer as we possess, Medhurst turns to cultural analysis with the intriguing choice of the submarine as his object. What follows is a mapping and dismantling of the submarine in political and popular culture of astonishing originality and breadth. Sub Culture simply has no right to be this entertaining.”

Warren Ellis, author of the comic book series “Transmetropolitan” and “Planetary,” and the novel “Gun Machine”

"In Sub Culture Medhurst has crafted a deeply original cultural and political analysis. The history and deconstruction of the various submarine-themed films, many of which I have never seen but will now search out, is particularly enjoyable. This observations around class hierarchy and the submarine are extremely sharp, and the final conclusions around Apocalypticism and Exterminism succeed brilliantly."

"What better way to explore the variety of humanity’s militarism and war making, as well as its sense of adventure and exploration, than to examine the many ways that submarines have been depicted in popular culture? Whether analyzing its representation in fantasy voyages to the unknown or as vehicles for nuclear annihilation during the Cold War (fictional and real), Sub Culture opens up a previously untapped subject in rich and fascinating detail."

Simon Hannah, author of "A Party with Socialists in It: A History of the Labour Left"