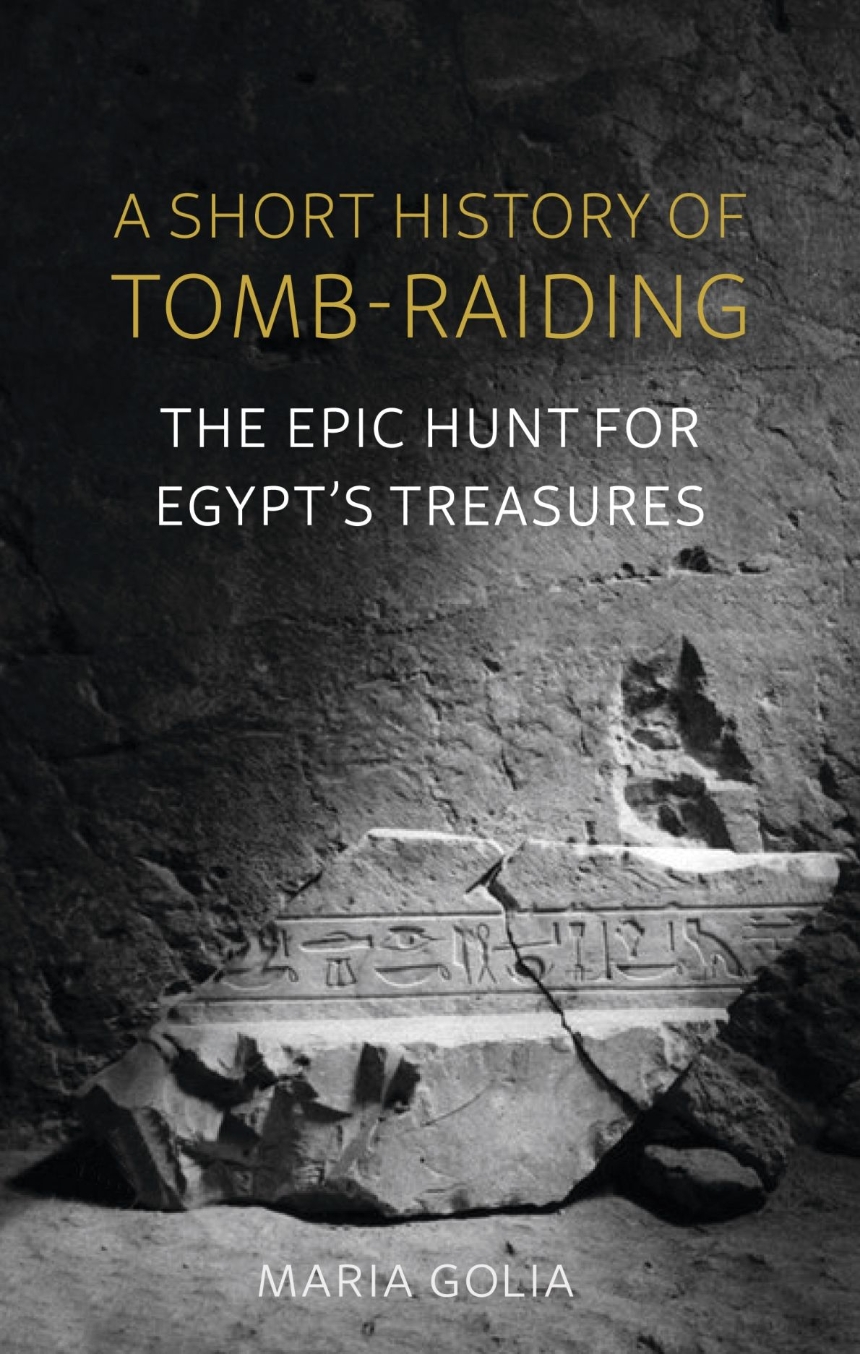 A Short History of Tomb-Raiding

The Epic Hunt for Egypt’s Treasures

A Short History of Tomb-Raiding

The Epic Hunt for Egypt’s Treasures

A spine-tingling exploration of a venture as ancient as the pyramids themselves.

To secure a comfortable afterlife, ancient Egyptians built fortress-like tombs and filled them with precious goods, a practice that generated staggering quantities of artifacts over the course of many millennia—and also one that has drawn thieves and tomb-raiders to Egypt since antiquity. Drawing on modern scholarship, reportage, and period sources, this book tracks the history of treasure-seekers in Egypt and the social contexts in which they operated, revealing striking continuities throughout time. Readers will recognize the foibles of today’s politicians and con artists, the perils of materialism, and the cycles of public compliance and dissent in the face of injustice. In describing an age-old pursuit and its timeless motivations, A Short History of Tomb-Raiding shows how much we have in common with our Bronze Age ancestors.

"A lively and fascinating tour through the underbelly of Egyptian antiquities. . . . Golia’s book, although it does not condone the activity, tries to understand the urge for tomb raiding. . . . The cloak-and-dagger plotting, the potential of a huge windfall, evading police by cover of darkness: it has all the exhilaration of a heist combined with the excitement of high-stakes gambling."

"At the heart of Golia’s compulsively readable book about the history of treasure-seeking and tomb-raiding in Egypt is the idea that, despite all our technology and progress, people don’t change."

"The path to a museum or private collection for a relic of ancient Egypt is often long and complicated, littered with charlatans, black-market treasure-hunters, and, of course, archaeologists. . . . In her new book, Golia presents a comprehensive view of the path these treasures have taken from the death of the ancient Egyptian owners to the present day, including the builders’ concealing of the treasure chambers, the tombs’ rites and curses, and the cultural effect of looting on the local populations."

"The beauty of this book is that it is Egypt from the other side: it is tomb-raiding as a social and cultural phenomenon, leaving a deep impact on those living there. A Short History of Tomb-Raiding is, therefore, also a short history of Egyptians. It is a much better-rounded narrative than those books, focused solely on treasure, that have gone before. . . . A grown-up, holistic account of tomb-raiding, with a relevance and immediacy that is as unusual as finding that fabled cache of gold."

"From Indiana Jones to Lara Croft and Assassin’s Creed, modern popular culture is full of adventure heroes digging up the past to benefit their present. But treasure hunting has captured the imagination and fueled dreams of wealth and fame for centuries, if not millennia, as Golia’s fascinating guide reveals."

"Whatever Maria Golia writes about, she's really writing about wonder... Now, in A Short History of Tomb-Raiding, she has created a treasure house that teems with wonderful stories, both extraordinary and plaintive, of banditos, bathos, feats of daring."

"A Short History of Tomb-Raiding tackles a broad sweep of Egypt’s history. . . . Engagingly written. . . . The exploitation of ancient burials has a long history—not a short one, and it seems we are still living it."

"Golia skillfully combines secret passages, blind alleys, priest, plunderers, magicians, and mummies to explore the venerable tradition of tomb raiding in Egypt. Vividly written and filled with unusual illustrations, this book is a must for anyone interested in Egypt, the secret books of treasure hunters, and the antiquities trade."

"In a wide-ranging and eloquent account of tomb robbery in Egypt across the millennia we are presented with a parade of pharaohs, priests, embalmers, builders of pyramids, death-dealing robots, tomb robbers, sorcerers, jinn, geomancers, confidence tricksters, rubes, and archaeologists. Golia has written an exhilarating masterpiece of social and intellectual history."

"The history of tomb-raiding ranges across the boundaries between fact and fantasy, archaeology and magic, scholarship and crime. It extends from Greek and Roman treasure hunters to Arab sorcerers, necropolis-dwelling clans to European adventurers, and forms a continuous narrative that connects the age of the pharaohs to the academic experts and museum collections of today. Golia is a deeply informed chronicler of Egypt ancient and modern, and this is a panoramic and gloriously illustrated survey of its fabled secrets, treasures, and wonders."

"This book is a must-read. Golia creatively and accurately connects the ancient with the modern to narrate an engaging history of Egypt through the greed of pilferers and treasure hunters, the collusion of rulers and the swell of popular revolts."

"A fascinating and at times poignant look at illegal treasure-hunting in Egypt today. Golia, relying on her own reporting, is in her element here, not passing moral judgement on the raiders, but making the connection between tomb-raiding and political and economic conditions clear. . . . Provocatively, she compares nineteenth- and early-twentieth-century 'archaeologists' to tomb raiders. Both were hunting treasures, after all."