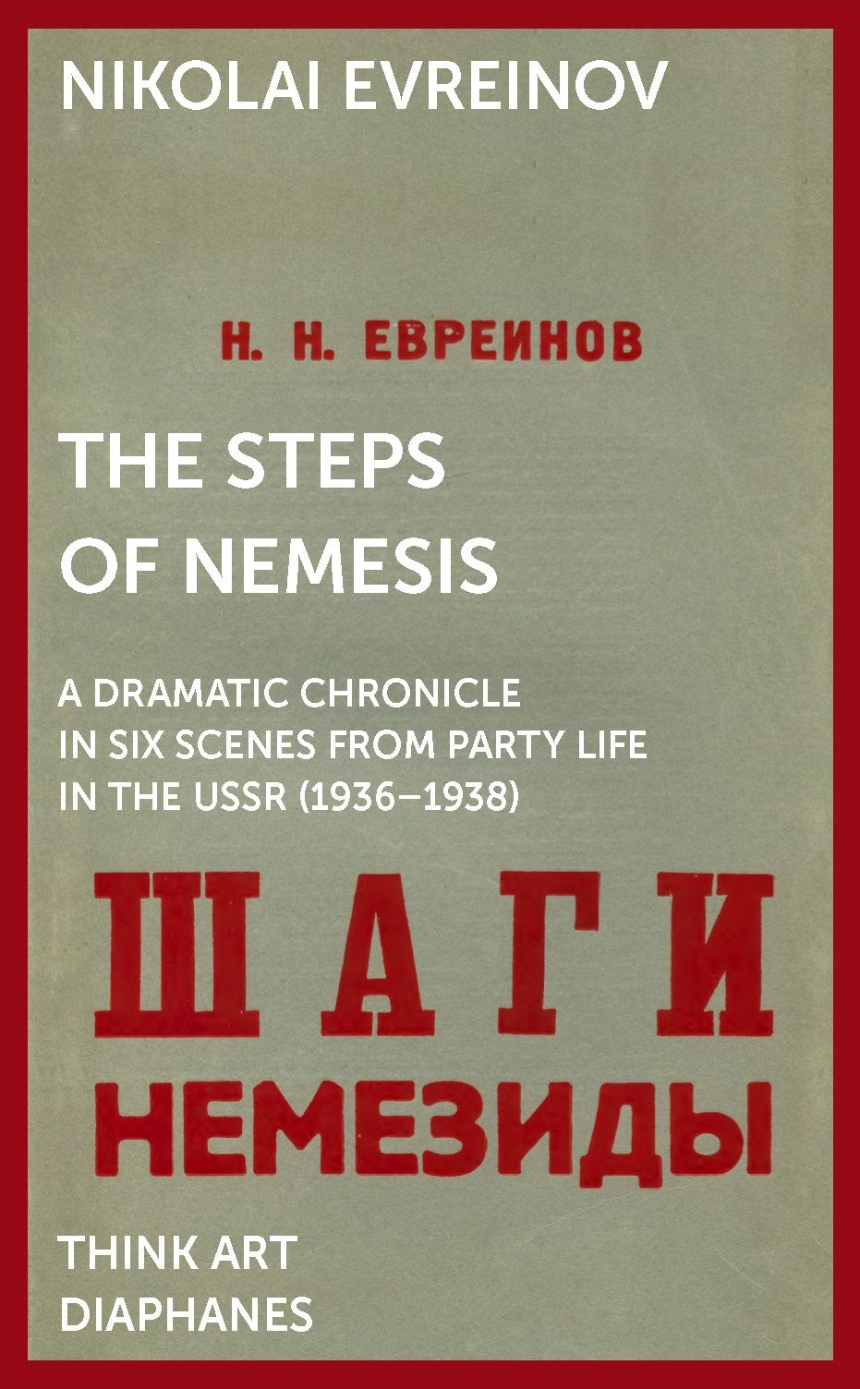 The Steps of Nemesis

The Steps of Nemesis

In the 1910s the Russian theater director and theorist Nikolai Evreinov (1879–1953) insisted on the theatricalization of life. Twenty years later, Evreinov, who had left Russia in 1924, was in exile in Paris when Stalin staged three elaborate political show trials in Moscow. Evreinov then meticulously read the transcripts of the trials in the Russian-language press, collected material on Nikolai Bukharin and the other defendants, consulted with experts, and finally wrote a play, his response to the staging of a judicial farce. With this response, he also wanted to rehabilitate his idea of the theatricalization of life. After all, the theatricalization of life does not mean performing false confessions, constructing conspiracies, fabricating facts, or casting hired witnesses. In his theatrical theory, Evreinov was careful not to make the theater of life invisible. His play is therefore not a historical reconstruction, but an imaginary look behind the scenes, in which the Stalinist perpetrators confess to the real crime in the end: the theater. Expertly translated into English for the first time by Zachary King, The Steps of Nemesis brings a fascinating play to a whole new world.