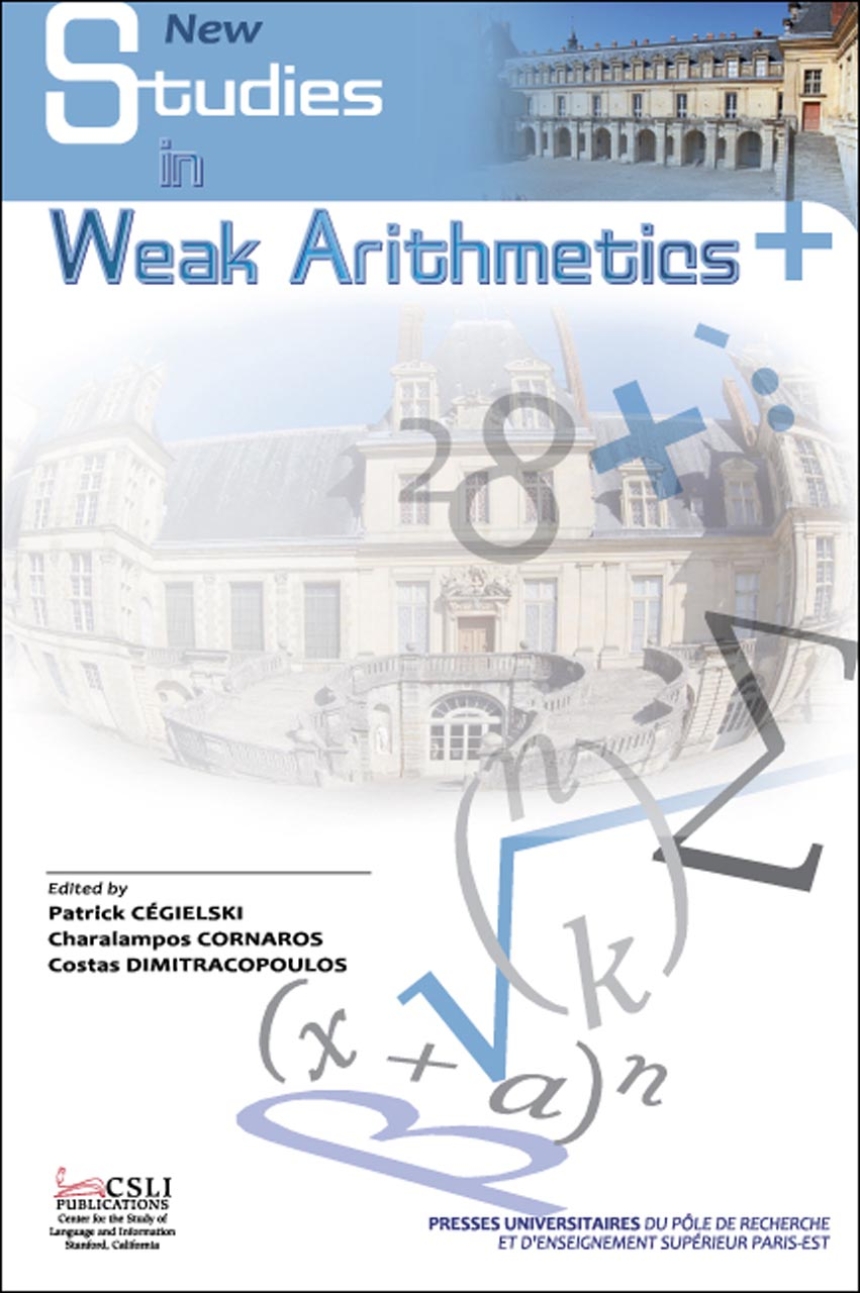 The field of weak arithmetics is an application of logical methods to number theory that was developed by mathematicians, philosophers, and theoretical computer scientists. New Studies in Weak Arithmetics is dedicated to late Australian mathematician Alan Robert Woods (1953-2011), whose seminal thesis is published here for the first time. This volume also contains the unpublished but significant thesis of Hamid Lesan (1951-2006) as well as other original papers on topics addressed in Woods’s thesis and life’s work that were first presented at the 31st Journées sur les Arithmétiques Faibles meeting held in Samos, Greece, in 2012.