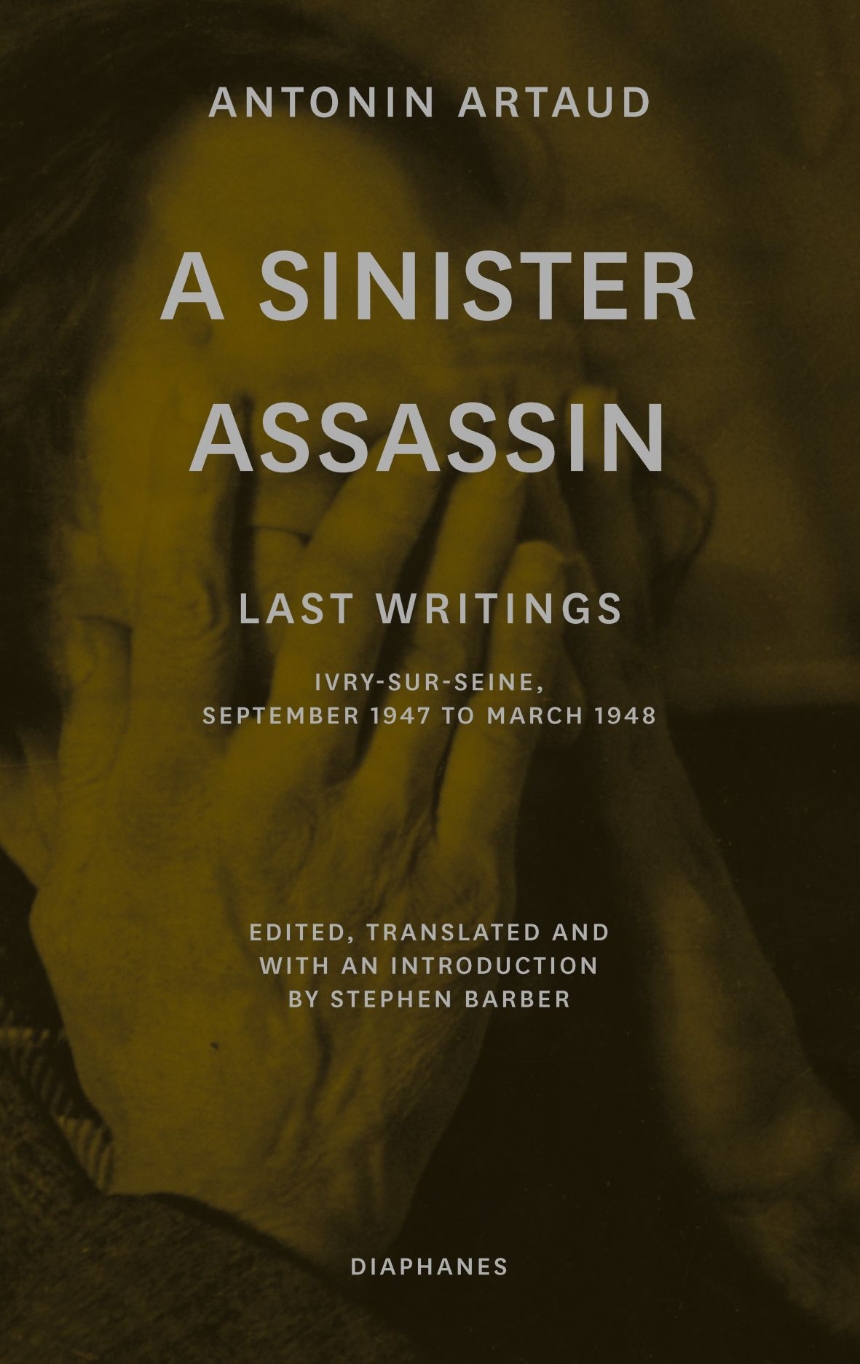 Edited by Stephen Barber
Translated and with a Preface by Stephen Barber
A Sinister Assassin contains original translations of Antonin Artaud’s last writings and interviews, most never previously available in English.

Artaud’s last conception of performance is that of a dance-propelled act of autopsy, generating a ”body without organs” which negates malevolent microbial epidemics. This book assembles Artaud’s crucial writings and press interviews from September 1947 to March 1948, undertaken at a decrepit pavilion in the grounds of a convalescence clinic in Ivry-sur-Seine, on the southern edge of Paris, as well as in-transit through Paris’s streets. It also draws extensively on Artaud’s manuscripts and original interviews with his friends, collaborators, and doctors throughout the 1940s, illuminating the many manifestations of Artaud’s final writings: the contents of his last, death-interrupted notebook; his letters; his two final key texts; his glossolalia; the magazine issue which collected his last fragments; and the two extraordinary interviews he gave to national newspaper journalists in the final days of his life, in which he denounces and refuses both his work’s recent censorship and his imminent death.

Edited, translated, and with an introduction by Stephen Barber, A Sinister Assassin illuminates Artaud’s last, most intensive, and terminal work for the first time.