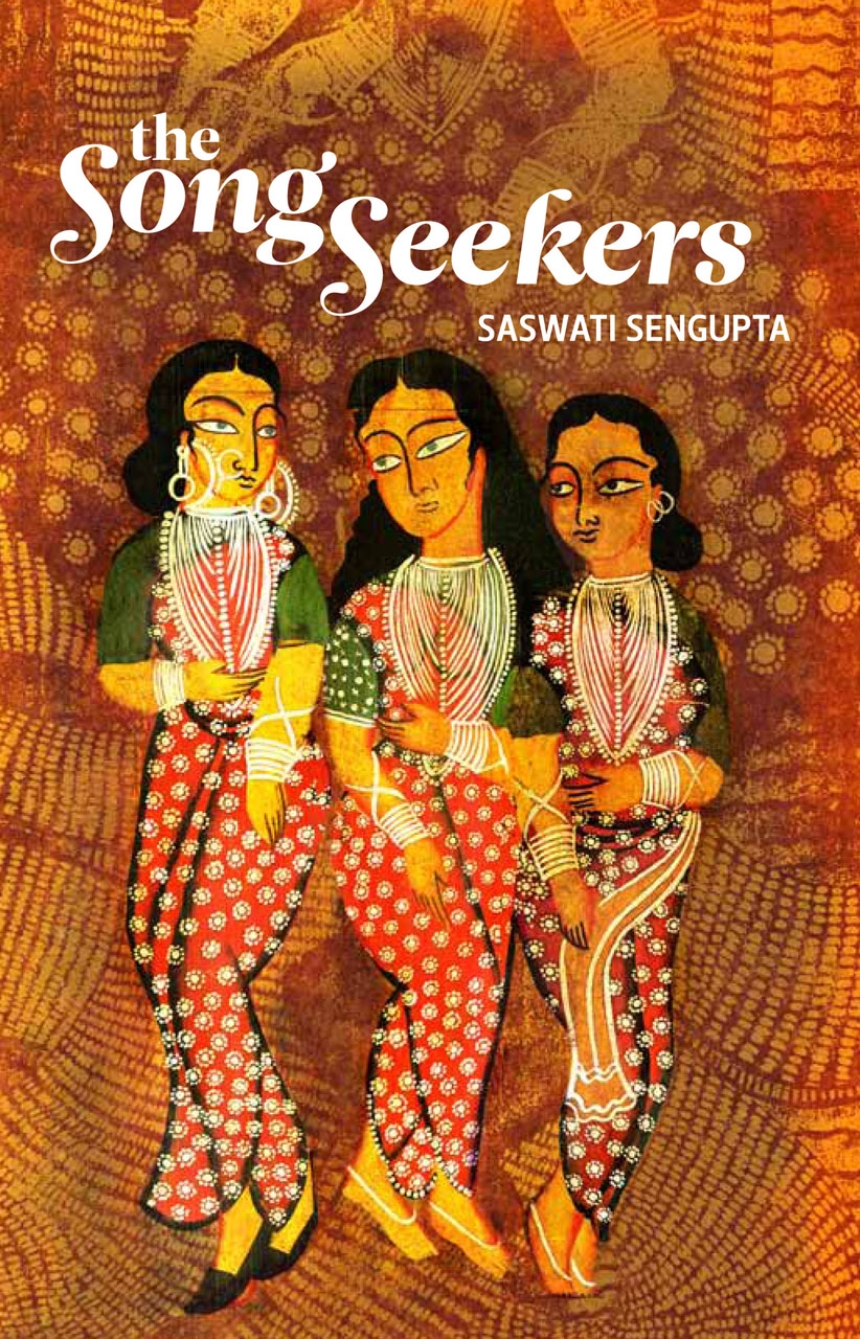 In The Song Seekers, the debut novel by Saswati Sengupta, the monsoon rains wash over the city of Kolkata while four women sit and read and talk in the kitchen of Kailash, the old mansion of the Chattopadhyays where Uma comes to live after her marriage in the summer of 1962. It is a place of mystery to Uma. Her husband’s silence about his mother’s murder and the childhood tragedy that beckons him from the shadowy landing of Kailash, the embroidered handkerchiefs in an old soap box in her father-in-law’s room, and the strange presence of the old, green-eyed Pishi—all intrigue and mystify her. But it is only as she begins to read aloud the traditional Chandimangal—composed by her husband’s grandfather to celebrate the goddess—that the long-buried stories begin to emerge.

In The Song Seekers, Saswati Sengupta recasts the militant goddess Chandi as a wife and interweaves the history of the Portuguese in Bengal, the rise of print, the swadeshi movement, and the turbulence of the 1960s in Bengal. These disparate elements all come together as Uma discovers that the foundation of the mansion is not only very deep, but it also masks the stink of death.

“Take a powerful idea. Add a dash of melodrama in the beginning. Chop mythology and put in the pieces. Sprinkle symbolism generously. Cook it all in the oil of history. On a high flame of feminist rebellion against traditional male dominance. And serve . . . . Sengupta asks all the uncomfortable questions. And, through the green-eyed woman in white who forces the Chattopadhyay men to confront their shameful past, she gives us some pretty discomfiting answers too.”