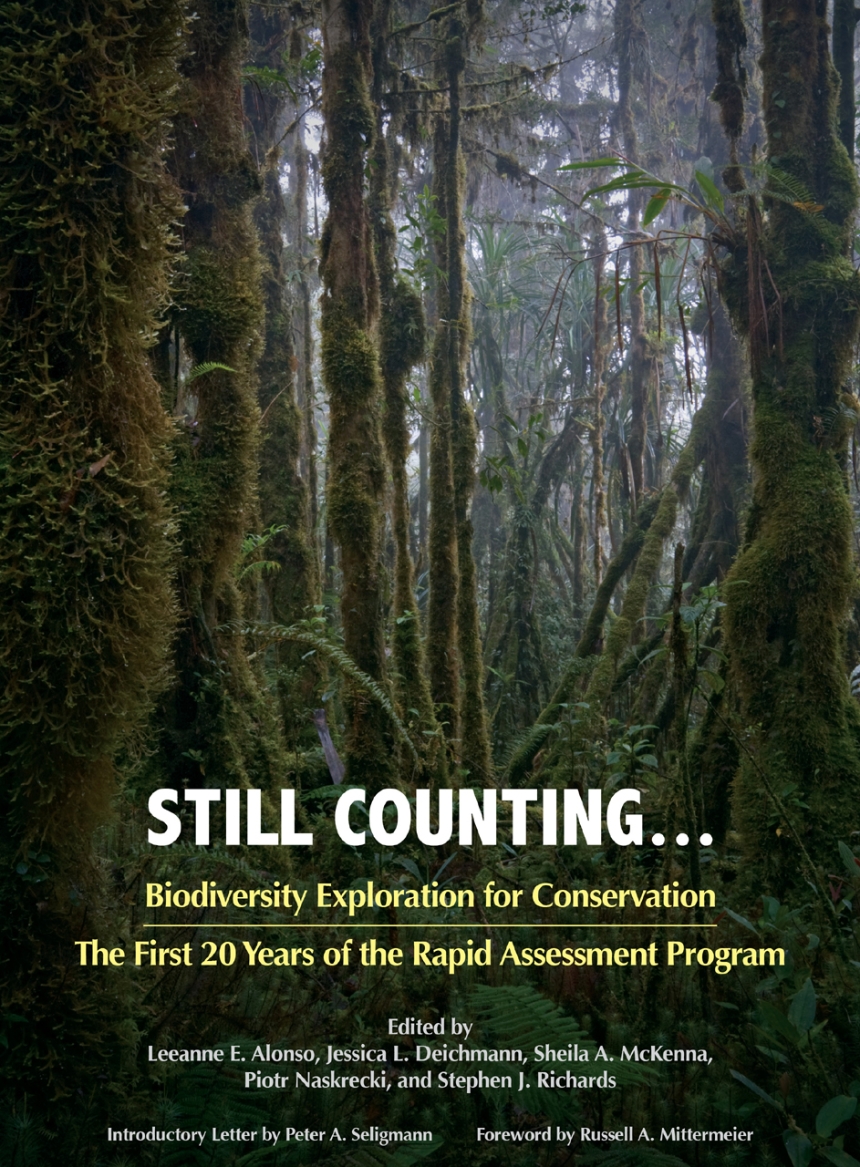 Biodiversity Exploration for Conservation: The First 20 Years of the Rapid Assessment Program

Biodiversity Exploration for Conservation: The First 20 Years of the Rapid Assessment Program

The Rapid Assessment Program (RAP) surveys have been a highly effective conservation tool for Conservation International and a multitude of partners.  RAP surveys provide a quick assessment of the biological value of an area and identify species in need of conservation action. This exciting book outlines the inception, history, and achievements of this program during its first two decades, 1990–2010. The editors profile nearly eighty expeditions to some of the most remote but highly threatened sites around the world and relay personal stories from the field. Illustrated with hundreds of photos taken during the RAP surveys, this book includes the first photos of many newly discovered species of animals and plants, and other rarely photographed jewels of terrestrial, freshwater and marine biodiversity.