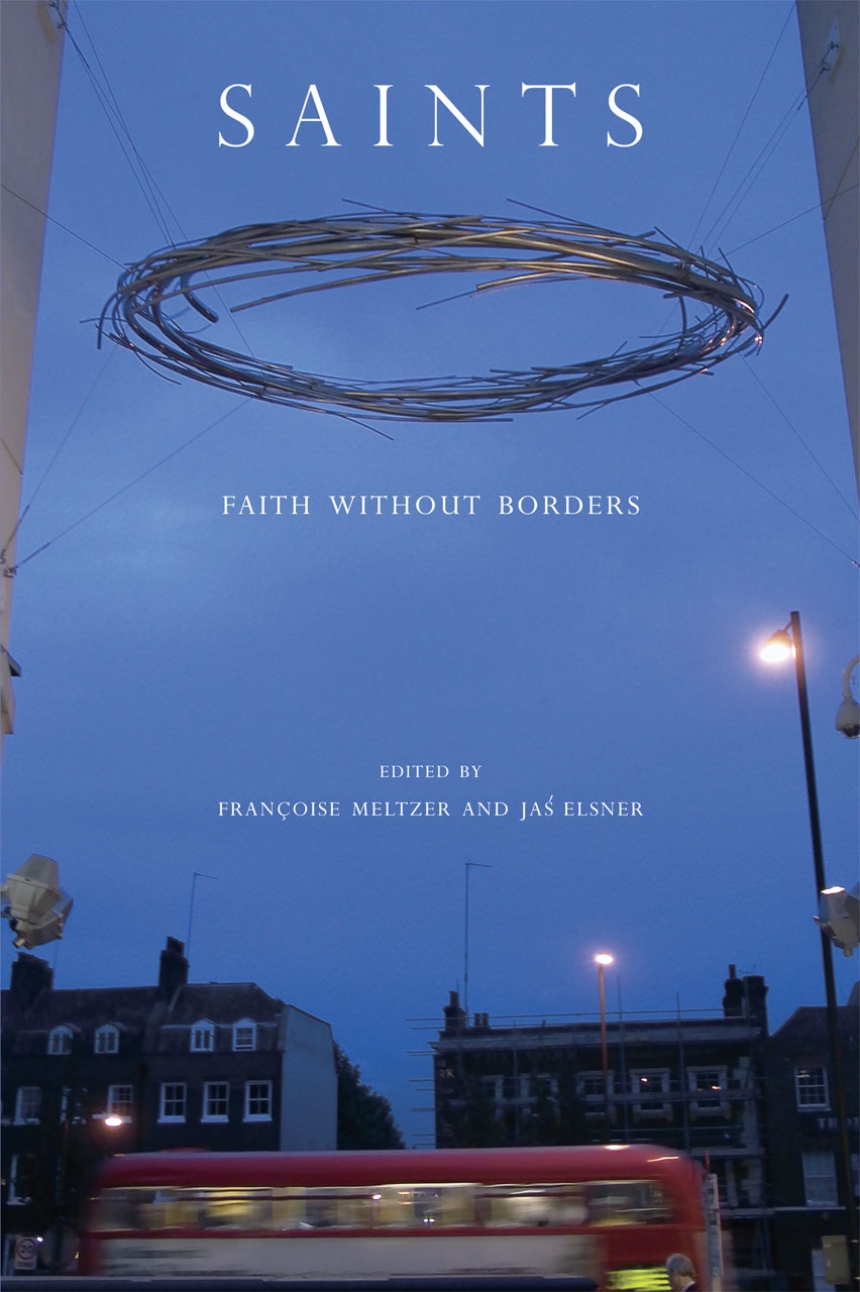 While the modern world has largely dismissed the figure of the saint as a throwback, we remain fascinated by excess, marginality, transgression, and porous subjectivity—categories that define the saint. In this collection, Françoise Meltzer and Jas Elsner bring together top scholars from across the humanities to reconsider our denial of saintliness and examine how modernity returns to the lure of saintly grace, energy, and charisma.

Addressing such problems as how saints are made, the use of saints by political and secular orders, and how holiness is personified, Saints takes us on a photo tour of Graceland and the cult of Elvis and explores the changing political takes on Joan of Arc in France. It shows us the self-fashioning of culture through the reevaluation of saints in late-antique Judaism and Counter-Reformation Rome, and it questions the political intent of underlying claims to spiritual attainment of a Muslim sheikh in Morocco and of Sephardism in Israel. Populated with the likes of Francis of Assisi, Teresa of Avila, and Padre Pio, this book is a fascinating inquiry into the status of saints in the modern world.

“Overall, the collected contributions in Saints: Faith without Borders showcase both the wide range of approaches that can be brought to bear on the ‘saint’ and the myriad of circumstances where sainthood and sanctity occur. This volume provides a welcome opportunity to take the term ‘saint’ on the broadest possible level. Saints: Faith without Borders is an intellectual experiment that results in a delightful conflux of theory and application, yesterday and today, saints and sanctity.”

“Saints deserves attention, not only on account of the sophisticated content of most of the essays but also on account of the structure of the volume itself which provocatively defies scholarly convention by its ‘inorganicism, the very indecorousness and jangling’ together of incongruous elements.”

“This intelligently edited, consistently engaging volume collects eighteen essays from scholars in a variety of fields—theology, history of religions, philosophy, art history, comparative literature, etc.—dealing with saints and sainthood in their multifarious forms. . . . This volume is highly recommended not only for those interested in the category of the saint but also for scholars investigating the fraught relationship between religion and modernity.”

From Cuba with Saints
by Marc Blanchard

Transgressing the Self: Making Charismatic Saints
by Simon Coleman

On Naming Saints
by David Tracy

Patron Saint of the Incongruous: Rabbi Me’<hamza>ir, the Talmud, and Menippean Satire
by Daniel Boyarin

Thinking with Saints: Sanctity and Society in the Early Modern World
by Simon Ditchfield

St. Dymphna and the Lunatics: The Advent of Moral Community Psychiatry
by Bernard Rubin

On the Politics of Sainthood: Resistance and Mimicry in Postcolonial Morocco
by Malika Zeghal

The Enchantment of Judaism: Israeli Anxieties and Puzzles
by Aviad Kleinberg

Persuading the Absent Saint: Image and Performance in Marian Devotion
by Robert Maniura

Miracles of Bodily Transformation, or How St. Francis Received the Stigmata
by Arnold I. Davidson

Re-Presenting a Contemporary Saint: Padre Pio of Pietrelcina
by Michael A. Di Giovine

‘Lycidas’: A Wolf in Saint’s Clothing
by Neil Forsyth

The Invisibility of the Saint
by Jean-Luc Marion

Beyond Compare: Pagan Saint and Christian God in Late Antiquity
by Jaś Elsner