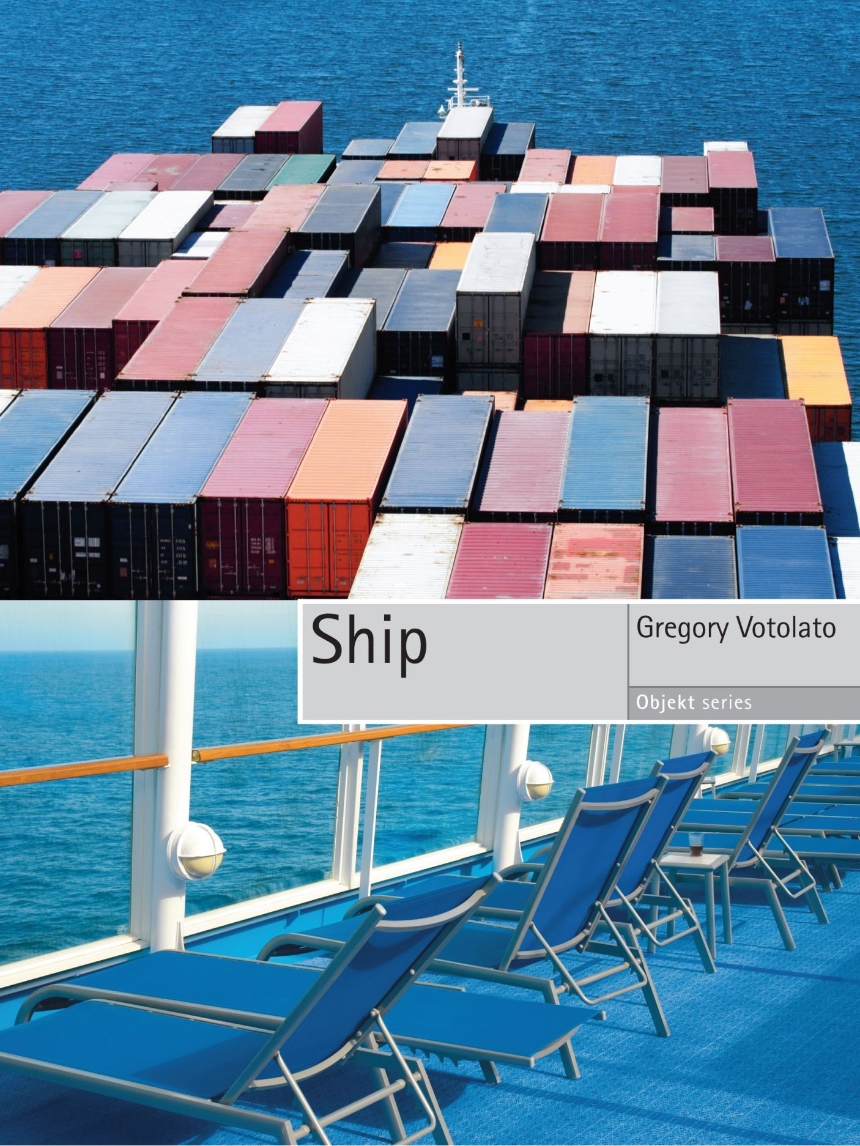 From oar-powered quinqueremes, to steam-powered freighters, to luxury ocean liners such as the Titanic,to aircraft carriers like the Abraham Lincoln,ships have played an integral role in trade, transportation, and war throughout history. Today, ships remain the largest and most expensive moving objects on the planet; engineers and designers constantly push the limits of design, creating vessels that continue to rival newer technologies such as airplanes and cars. But unlike other more common modes of transportation, the great ships of the world travel in the deep oceans, out of sight and out of mind—until, that is, something goes wrong. In Ship, Gregory Votolato explores the fiction and the reality of modern ships, the technology that creates them, and the events that can lead to disasters such as the Exxon Valdez or Amoco Cadiz.

Here Votolato delves into the world of the ship, describing the unpredictable and often-hostile environment of weather at sea, the resurgent threats posed by pirates, and the responsibilities of captains and crews onboard. Ship’sbroad overview of technology and design also offers unique insights into this extraordinary result of human creativity. Votolato’s book will appeal to readers interested in the general design history of ships as well as their social, political, and technological impact on our modern world.

“It is rare that a fresh reconceptualization of the ship comes along, but Gregory Votolato has done so in a trim, well-illustrated effort simply titled Ship. . . . This is a magnificent little book that will benefit anyone with an interest in ships, from the greenest of greenhorns to the saltiest sea dog. The author should be commended for grappling with novel ways to conceive of ships, and his book is highly recommended.” —Sea History

“A fascinating, wide-ranging study on maritime shipping—how ships were constructed in different eras, the services they provided, and the experiences of those who traveled on them. Votolato has a keen eye for historical detail and the importance of technological innovation, and he tells his stories in a graceful and persuasive manner. Anyone interested in the design, construction, and operation of ships and their role in human history will find his book a delight.” —Arthur Donovan, Emeritus Professor of Maritime History, US Merchant Marine Academy