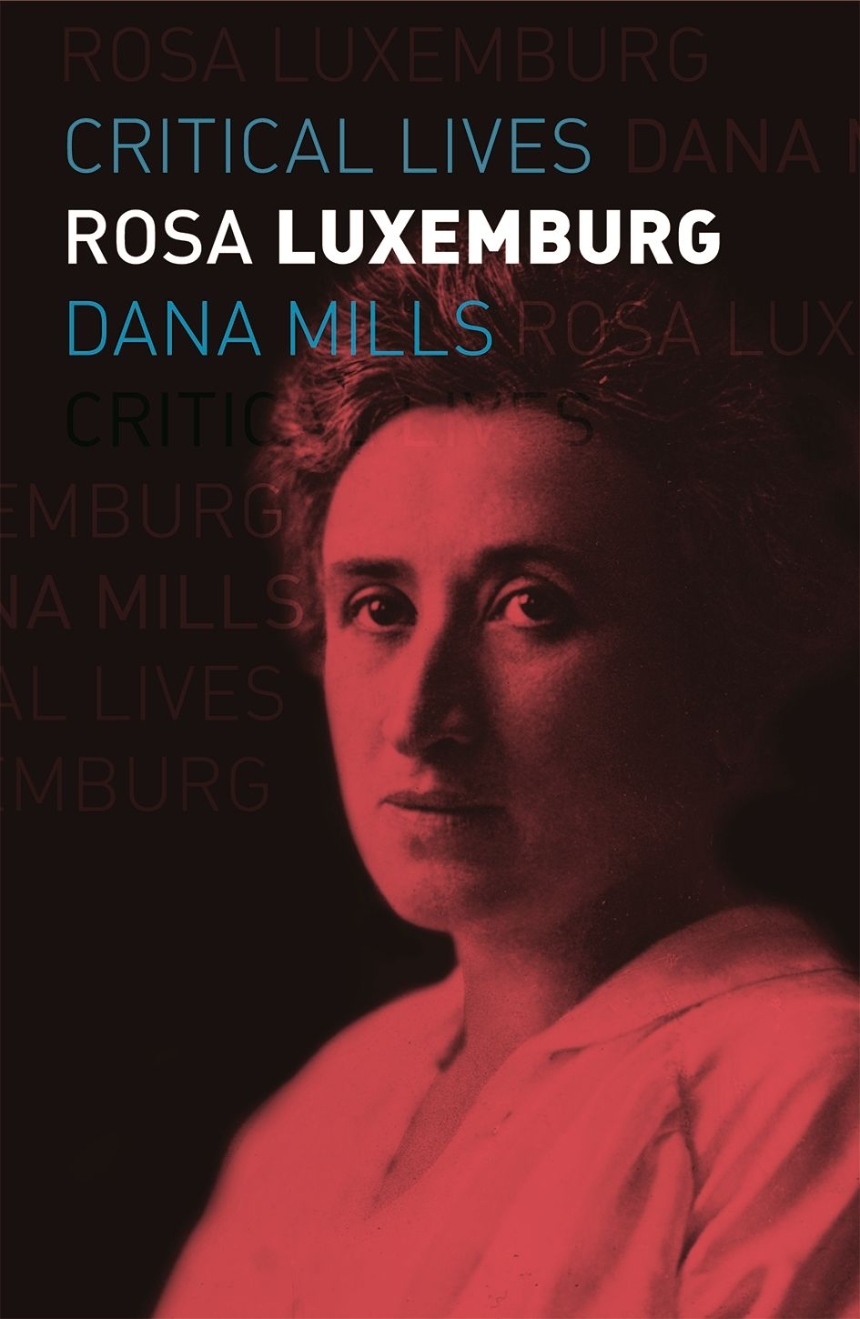 “You will meet the real Rosa here, and it’s a pleasure.”—Norman Lebrecht, Wall Street Journal

As an economist and political theorist, Rosa Luxemburg created a body of work that still resonates powerfully today. Born in Poland in 1871, she became a revolutionary leader in Berlin, publishing works including Reform or Revolution and The Accumulation of Capital. In this account of Luxemburg’s short yet extraordinary life, Dana Mills examines Luxemburg’s writings, including her own correspondence, to reveal a woman who was fierce in professional battles and loving in personal relationships. What is her legacy today, a hundred years after her assassination in Berlin in 1919 at the age of forty-seven? Luxemburg’s emphasis on humanity and equality and her insistence on revolution give coherence, as this compelling biography illustrates, to a fraught life story and to her colossal economic and political legacy.

“From today’s perspective, it is not unreasonable to suggest—as Mills does in Rosa Luxemburg, a compact and admiring biography—that she is a potential role model to the woke generation, an icon to the feminist, environmental, equality, and anticolonialist rebellions. Luxemburg is alive and well and speaking at a street meeting near you. . . . [Mills] sees 'the energy, resilience, and humanism of Rosa Luxemburg reemerging as a counter-force' in our times. . . . Luxemburg deserves better than past categorizations. She was a unique revolutionary, self-made and self-critical, seductive and humane. You will meet the real Rosa here, and it’s a pleasure.”

"This remarkable life is the subject of Mills’s new biography, a study of Luxemburg’s personal, political, and academic writings. . . . Mills, an activist, theorist, and member of the Complete Works of Rosa Luxemburg editorial board, tells a brisk and more or less chronological story of her subject’s life and works, placing particular emphasis on the aspects of Luxemburg’s theory and praxis which made her a highly divisive figure even among her socialist contemporaries: her strident internationalism and anti-militarism, her refusal to compartmentalize various forms of oppression, and her striking combination of brazenness and empathy. Concise analyses of Luxemburg’s major works are placed in historical and biographical context, and intimate details about her rich, contradictory, and sometimes volatile personal life are occasionally extracted from extensive correspondence to give us a fuller picture of this iconoclastic soul."

"[Mills presents] us right from the first pages with a Rosa Luxemburg that the reader wants to sit down and talk with."

"Can there be anything new to say about Rosa Luxemburg? In this passionate, fast-moving, and yet scholarly account Mills shows us that there is."

"In these days when NGO politics so looms over the left, the recall to the spirit and approach of an activist from the heroic days of the Marxist movement is refreshing. . . . [A] warm and sprightly book."

"The book is about both Luxemburg’s personal life and her political and economic ideas. . . . An interesting and informative read."

"Mills brings Rosa Luxemburg to life, exploring her revolutionary thinking and writing, all while helping the reader get to know Red Rosa, who always took brisk walks, loved reading Goethe’s Faust, regularly corresponded with V. I. Lenin, and continually worked towards an open and just future."

"A growing literature on the effects of the many sources of subjection and domination upon the lives of individuals, especially women, has found in Rosa Luxemburg a compelling case study. Here was a someone trying to make her way within the veritable swamp of social prejudices that was the Germany of her day—she was woman, she was Jewish, she was Polish, she was an outspoken pacifist, she was a challenging intellect, her mobility and physical appearance were permanently impaired as a consequence of what was likely to have been an episode of juvenile rheumatoid arthritis, and she was a revolutionist. It is a measure of Mills’s achievement that she has managed to give life and color to all of these aspects of this remarkable thinker."

“For some time the field has needed a succinct, but also thorough, biography designed to introduce Luxemburg to twenty-first century readers. Mills’s new book meets that need. . . . Her biography is an overall success. As her closing chapter makes clear, Luxemburg’s legacy remains a powerful one that continues to draw the interest of scholars and is claimed by activists in a variety of arenas. This book will help a new generation of readers to join the discussion.”

Marx and Philosophy Review of Books

"Vibrant, meticulous, and well-reasoned—at last we have, with Mills’s new book, an English-language biography of Rosa Luxemburg which does credit to the life and work of its subject, one of the greatest economic and political minds of the twentieth century."

"Mills’s Rosa Luxemburg provides an impressive overview of Luxemburg’s life and work from a feminist standpoint—a task made newly relevant by the emergence of a new generation of activists and theorists in today’s movements for social justice and against racism, sexism, and imperialism."