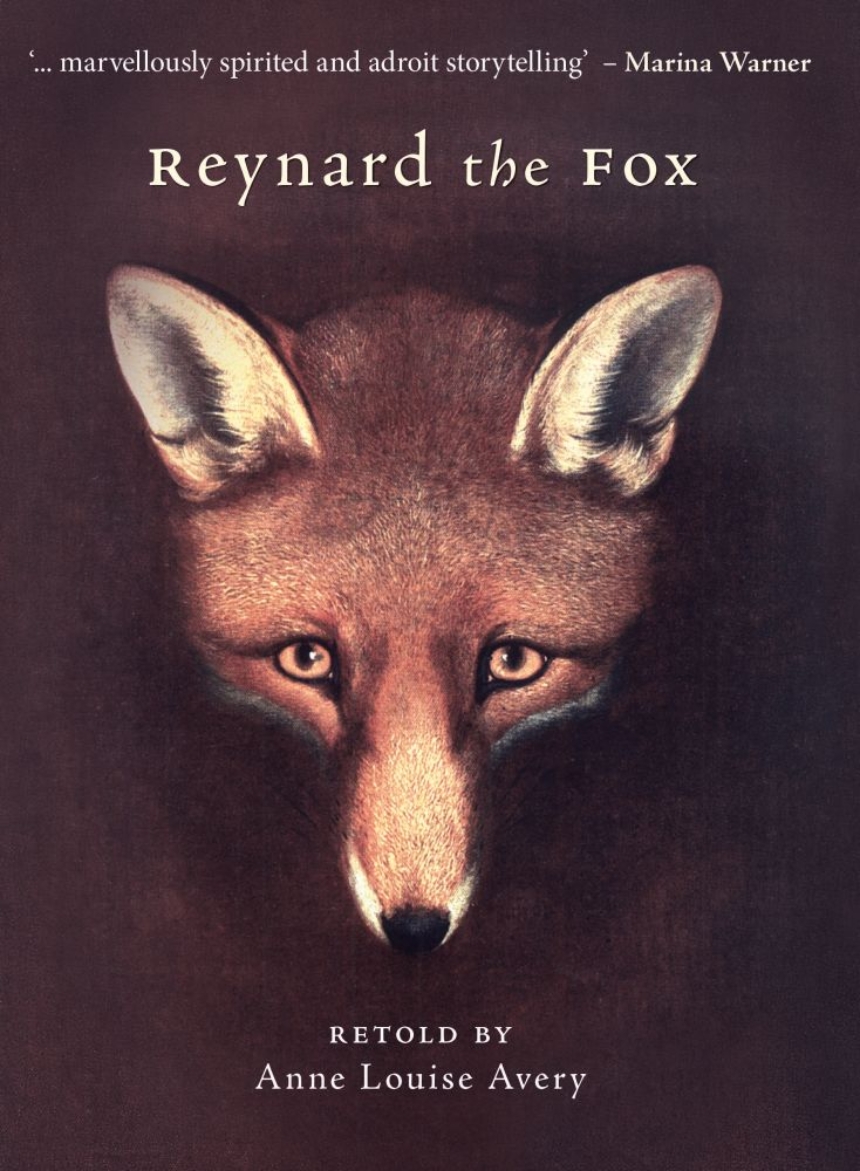 Reynard—a subversive, dashing, anarchic, aristocratic, witty fox from the watery lowlands of medieval East Flanders—is in trouble. He has been summoned to the court of King Noble the Lion, charged with all manner of crimes and misdemeanors. How will he pit his wits against his accusers—greedy Bruin the Bear, pretentious Courtoys the Hound, and dark and dangerous Isengrim the Wolf—to escape the gallows?

Reynard was once the most popular and beloved character in European folklore, as familiar as Robin Hood, King Arthur, or Cinderella. His character spoke eloquently for the voiceless and disenfranchised, but also amused and delighted the elite, capturing hearts and minds across borders and societal classes for centuries. Based on William Caxton’s bestselling 1481 English translation of the Middle Dutch, this edition is an imaginative retelling of the Reynard story, expanded with new interpretations and innovative language and characterizations. With its themes of protest, resistance, and duplicity led by a personable, anti-heroic Fox, this gripping tale is as relevant and controversial today as it was in the fifteenth century.

“Anne Louise Avery presents the full, complicated glory of the silver-tongued predator and his milieu in Reynard the Fox, a tour de force of storytelling and a beautiful object in itself. A writer and art historian, Ms. Avery deploys a scholar’s fluency with medieval language, literature and religion and a raconteur’s ease with anecdote.”

"Game of Thrones meets The Wind in the Willows in Avery's retelling of Reynard the Fox. Riffing on William Caxton's 1481 English translation of a popular Dutch beast epic, this is set in an intricate medieval world reminiscent of Brian Jacques's 'Redwall' series, except bawdy and violent. . . . By cleaving close to Caxton's medieval text, the challenge of Avery's language is equaled by the reward of world-building."

"Anne Louise Avery has done a new translation of the Caxton tale for the Bodleian Library, but has amplified the relatively brief traditional tales with her own prose. . . . By all means, give this book to someone you love as a gift, but be sure to buy one for yourself. The immersive reading experience is lovely."

"This is marvelously spirited and adroit storytelling and an exciting example of innovative translation. Anne-Louise Avery communicates throughout sheer pleasure in the material and luxuriates in its lexical exuberance. Adding mischievous contemporary twists, she has wonderfully refreshed and revivified the medieval collection and shows how these traditional animal fables, with their large and lively cast of characters and their wicked and seductive protagonist, have lost none of their truth-telling power."

“Reynard the Fox as retold by Anne Louise Avery is a delight to read and an example of how our oldest tales are still some of the best ones around.”