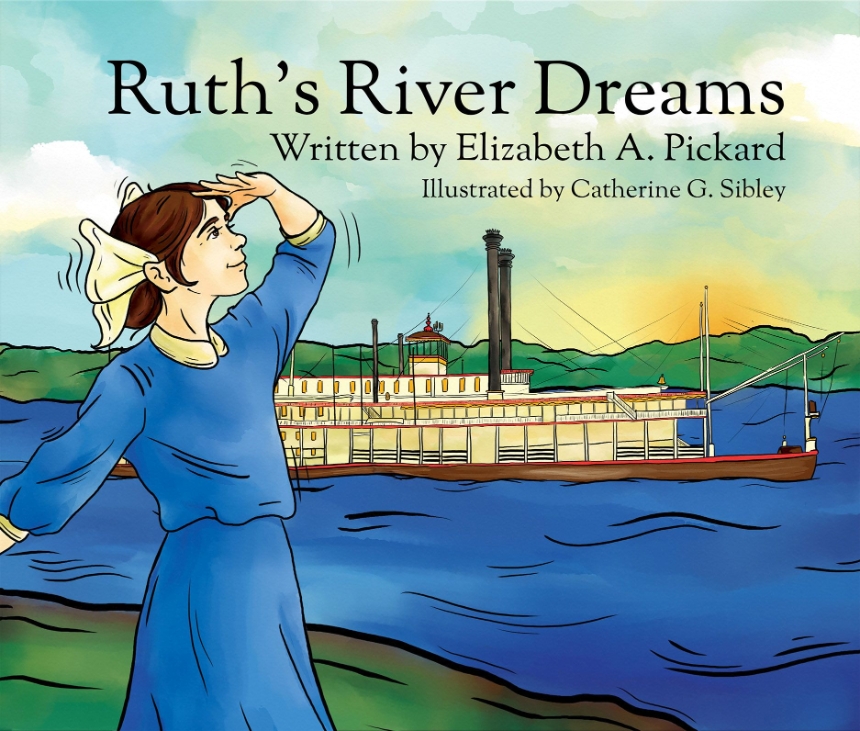 Illustrated by Catherine G. Sibley
A schoolteacher, principal, amateur historian, and avid lover of the Mississippi River, Ruth Ferris (1897-1993) was a singular steward of St. Louis’s maritime heritage. Her lifelong love of the Mississippi and its riverboat culture spanned over seventy years, encompassing research, photography, excavating sunken vessels, collecting artifacts, and forming friendships with other river enthusiasts. Although too few people know her name, Ferris was deeply involved with multiple venues dedicated to telling the story of St. Louis’s inextricable link to this great river: the now-defunct Midship Museum, which was housed aboard a restored steamboat; the Pott Inland Waterways Library at the Mercantile Library at the University of Missouri–St. Louis; and the Missouri Historical Society’s River Room.

​Ruth’s River Dreams tells the story of Ferris’s childhood, when she first became captivated by the Mississippi River, its riverboats, and the stories told about and aboard those boats. Along with her curatorial accomplishments, Ferris was also an accomplished artist, and Ruth’s River Dreams weaves a number of her woodcuts and drawings into its narrative of a young girl with big dreams. Appropriately, this book is geared toward early readers (from preschool to third grade), filling a crucial gap in literature about the Mississippi written for children who are not quite ready for Mark Twain. Elizabeth A. Pickard’s lively book promises to inspire a new generation of young readers, sparking in them the same love of St. Louis’s colorful waterways that guided Ruth Ferris throughout her life.