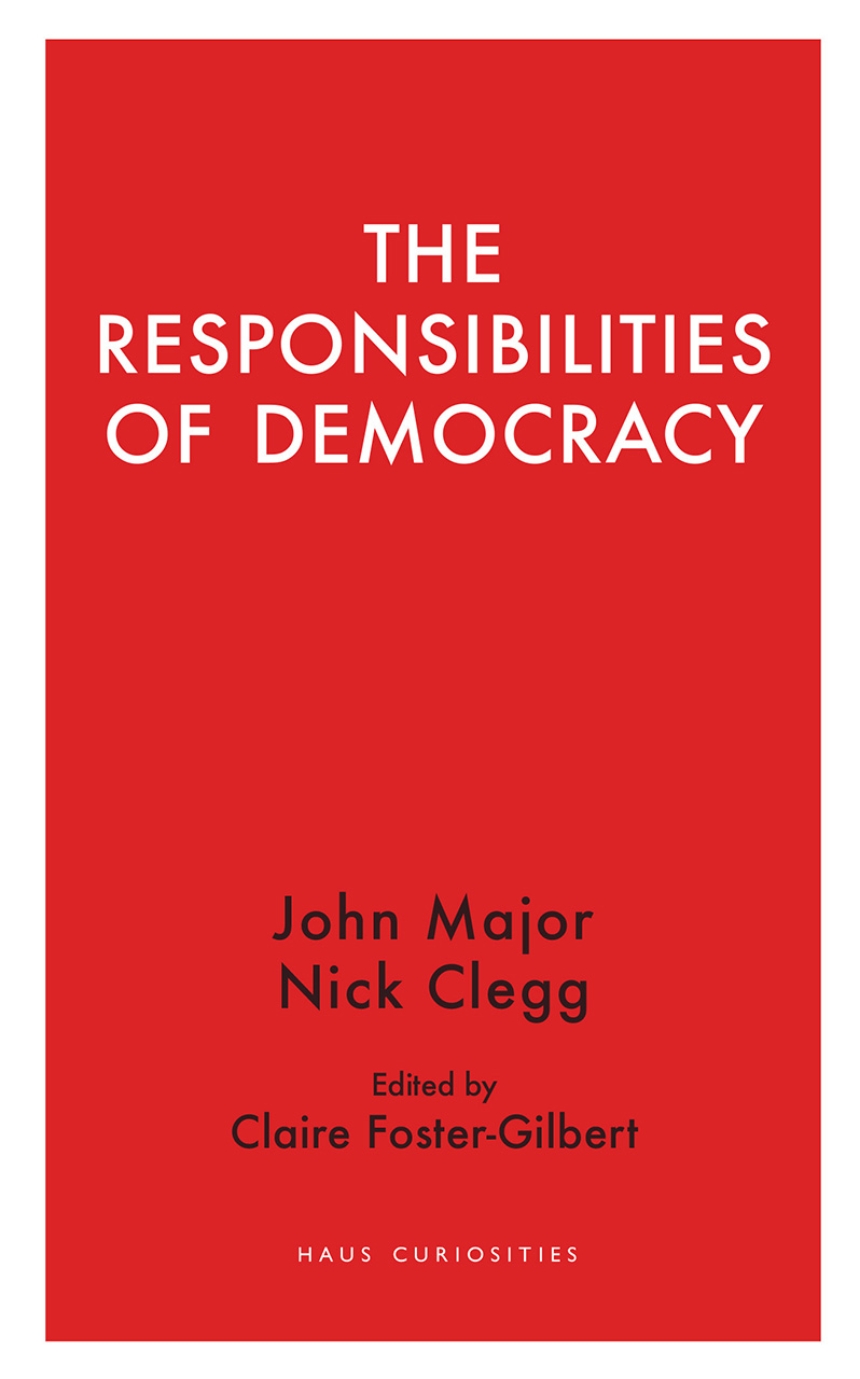 The Responsibilities of Democracy

The Responsibilities of Democracy

Edited and with an Introduction by Claire Foster-Gilbert.
Democracy operates on consent. That means politicians have an obligation to present and argue their causes in order to ultimately win consensus. Above all, democracy requires honesty—in facing up to challenges, acknowledging fears and dangers, and admitting the limitations of government. But democracy has its flaws, not least in the lack of efficiency in the decision-making process.

Amid pressing questions about the nature and limits of democracy, both in Britain and beyond, The Responsibilities of Democracy provides a clear-eyed perspective shared by two former politicians. Two central figures of the British political establishment, John Major and Nick Clegg, share their thoughts on where democracy is heading and how it can survive in the twenty-first century. Offering his perspective as a former prime minister, Major writes of the qualities on which a healthy democracy depends and expresses his deep concerns about the declining decorum of political exchange. Clegg brings a counter-perspective in discussing the ways in which political language has always involved trading insults and argues that echo chambers, although now more sophisticated, are nothing new. Compromise, Clegg insists, is not betrayal, but is instead the very substance of our politics and our democracy. The Responsibilities of Democracy explores the overall health of UK democracy, giving a balanced analysis of its values and flaws. It is also a clarion call to the electorate and politicians to nurture and protect the precious values on which democracy depends.