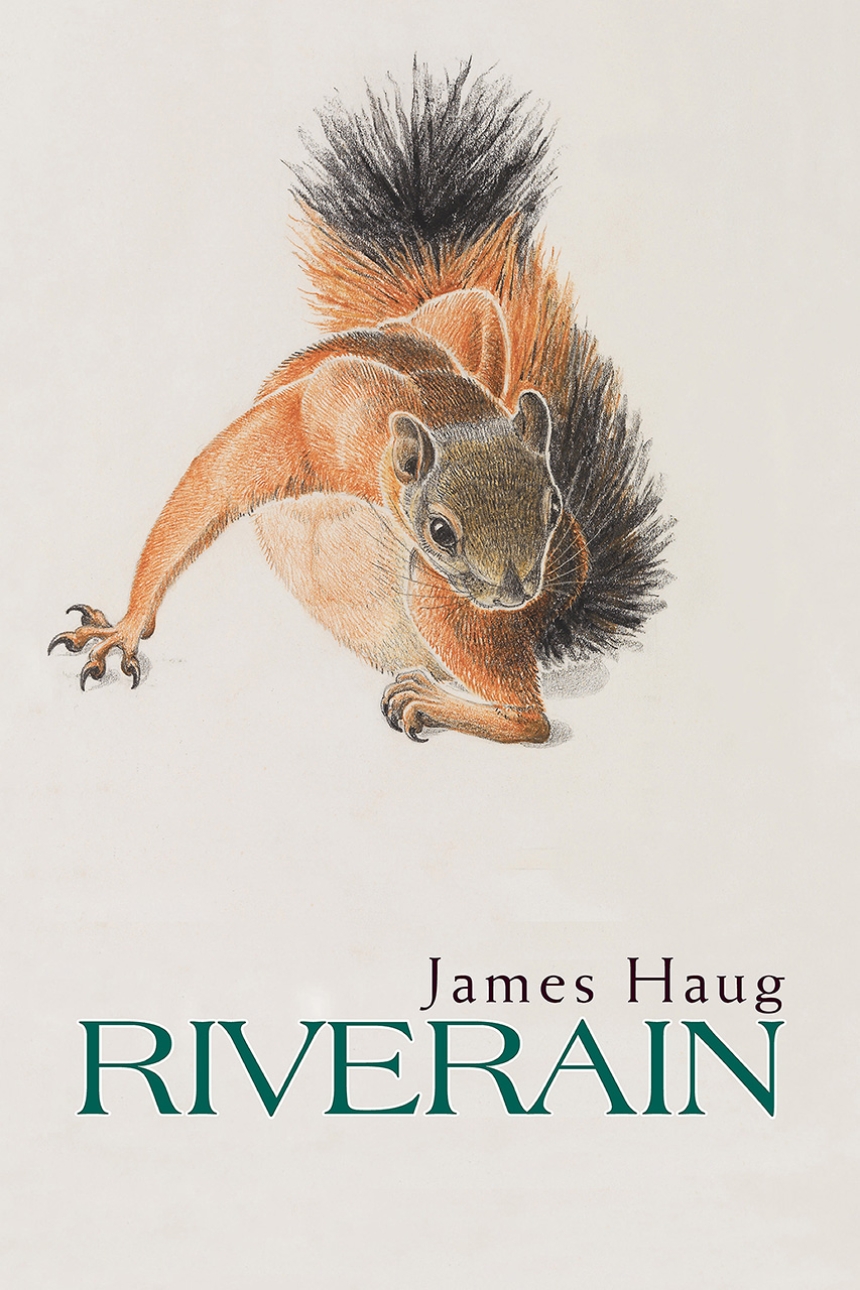 Oberlin College Press has championed the prose poem throughout its history, publishing such stellar examples as Russell Edson’s The Tunnel, Beckian Fritz Goldberg’s Egypt from Space and the first and final sections of Jeffrey Skinner’s 2017 prize-winner Chance Divine. James Haug’s Riverain is a masterful addition to that list, and a delight throughout. From the deadpan pastoral of “Cows Are a Good Idea” to quizzical fables like “Silent River,” from dreamlike meditations such as “First It Didn’t Sound Like” to tender parables like “Fraught with Sudden Appearances,” this collection is mysterious, hilarious, and utterly unpredictable. The Pulitzer Prize-winning poet James Tate described Haug’s previous collection as “marvelous poems, ones that help us see what might have been or could have been, in a world full of light.” These new prose poems are equally revelatory, illuminating the natural world, contemporary culture, and New England metaphysics in witty and heartbreaking ways.