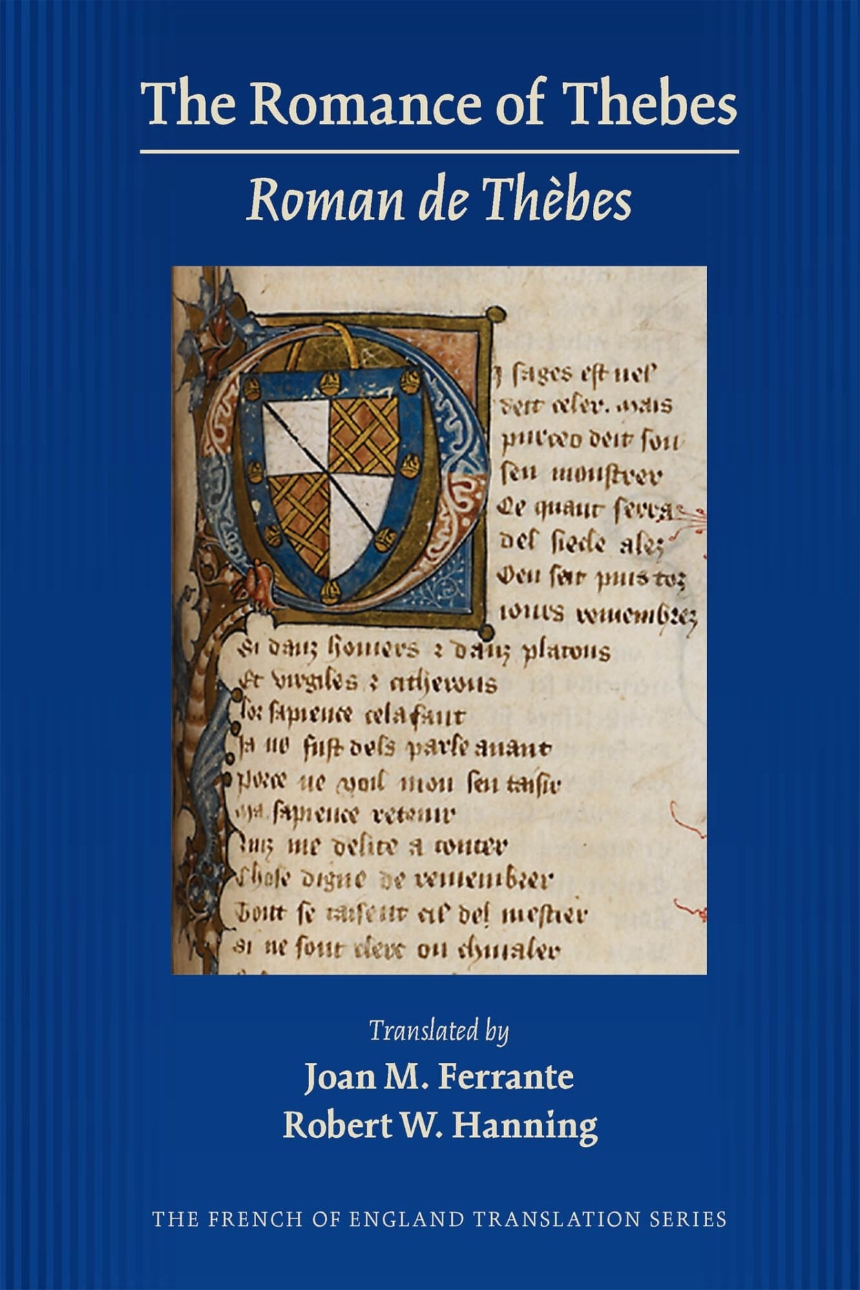 The romans d’antiquité, medieval re-makings in French of the stories of Troy, Thebes, Greece, and Rome, first appeared in the reign of Henry II and Eleanor of Aquitaine in the twelfth century and continued to be read in England throughout the Middle Ages. Among them, the Romance of Thebes medievalizes the stories of Oedipus and Jocasta; Polynices and Etiocles; Antigone, Creon, and Theseus; and the Siege of Thebes. The medieval French re-working also complicates Trojan-based accounts of European identity by adding African and Muslim allies for Thebes to the narrative’s classical source in Statius’ Thebaid, thus suggesting that Europe is not forged simply in opposition to Islam.

This new translation and introduction by two distinguished scholars of comparative literature is the first in English for thirty years. It is based on the late fourteenth-century manuscript text owned by ‘battling’ Bishop Henry Despenser, notorious for his harsh suppression of the 1381 rebels in Norwich and for his failed continental crusade. The translation can be read both for itself and to facilitate study of the original poem by scholars and students of the literary culture of England and North West Europe.

Volume 11 in The French of England Translation Series (FRETS)