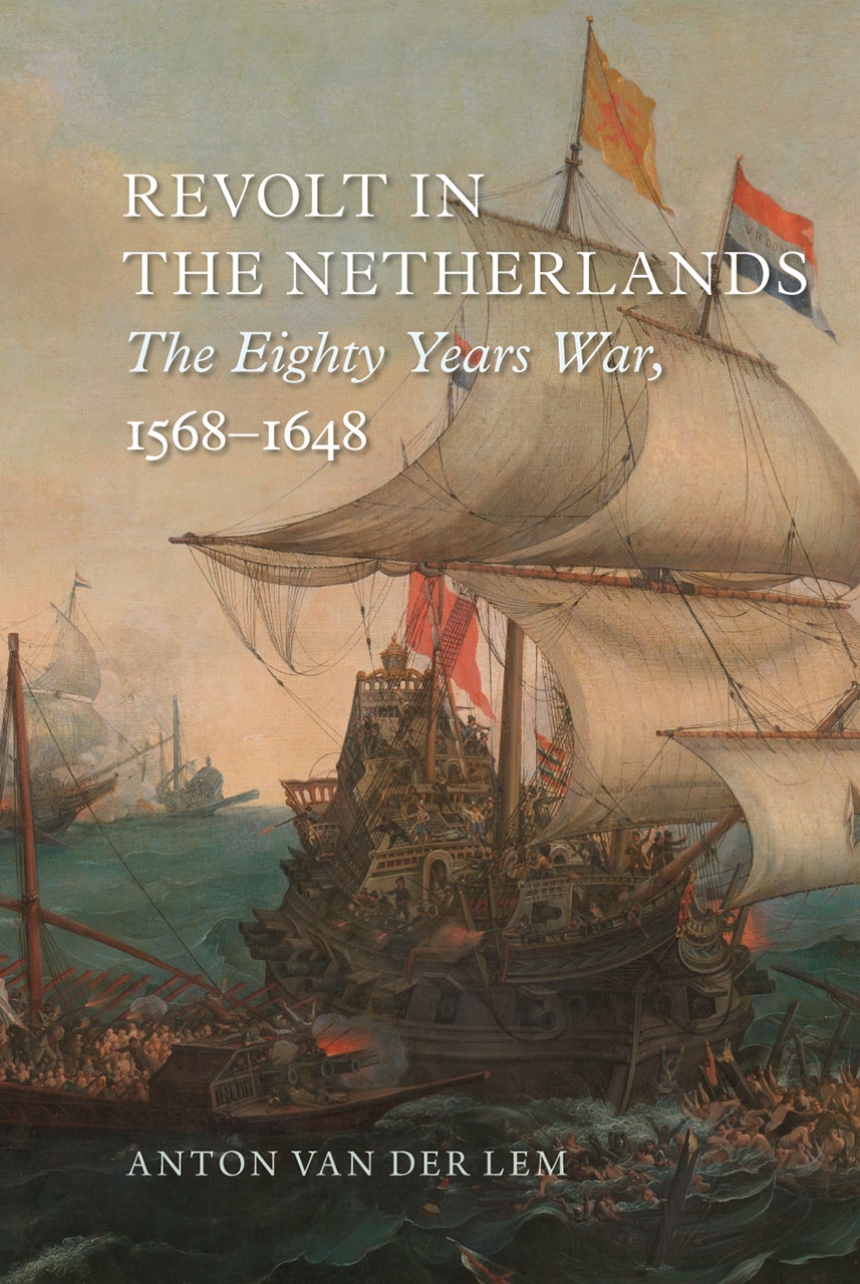 Revolt in the Netherlands

Revolt in the Netherlands

In 1568, the Seventeen Provinces in the Netherlands rebelled against the absolutist rule of the king of Spain. A confederation of duchies, counties, and lordships, the Provinces demanded the right of self-determination, the freedom of conscience and religion, and the right to be represented in government. Their long struggle for liberty and the subsequent rise of the Dutch Republic was a decisive episode in world history and an important step on the path to the Universal Declaration of Human Rights. And yet, it is a period in history we rarely discuss.

In his compelling retelling of the conflict, Anton van der Lem explores the main issues at stake on both sides of the struggle and why it took eighty years to achieve peace. He recounts in vivid detail the roles of the key protagonists, the decisive battles, and the war’s major turning points, from the Spanish governor’s Council of Blood to the Twelve Years Truce, while all the time unraveling the shifting political, religious, and military alliances that would entangle the foreign powers of France, Italy, and England. Featuring striking, rarely seen illustrations, this is a timely and balanced account of one of the most historically important conflicts of the early modern period.

"A timely and well-balanced account of one of the most historically important conflicts of early modern Europe. Its reading provides a complete vision of what the Eighty Years War was, and how a conflict of this magnitude defined, in multiple ways, the current countries of the Netherlands, Belgium, and Spain. Its reading is recommended to anyone who wants to approach in an initiatory way and, above all, to learn about the beginnings of the Netherlands as an independent nation."

"To provide an overview that does justice to all sides, views, and regions, is a challenge: one that Van der Lem meets successfully with his balanced and nuanced account. The book is well suited for students, scholars looking for a concise overview, and a general interested audience alike. In eight chronological chapters, Van der Lem not only covers the most important events, but he also includes dominant historiographical debates and addresses the meaning of the conflict for national myths and identities in both Belgium and the Netherlands."

"Van der Lem's ability to provide a compelling and comprehensible account of this war for a wide audience is more remarkable given the conflict’s length and complexity. . . . A brilliant and accessible analysis of the revolt in the Netherlands. . . . In Van der Lem’s skillful hands, the various rulers, statesmen, and generals are real humans with strengths and foibles and whose decisions, abilities, and problems shaped the results, often in ways they had not anticipated. To achieve his balanced overview, Van der Lem cites most of the important Dutch, Belgian, and English scholarship, along with some of the most recent Spanish literature. . . . It will be hard to find a more readable and comprehensive text on the Netherlandic Revolt to place in the hands of students or of all interested readers."

"This is a classic narrative summary of the troubles, from the first stirrings of aristocratic dissent in the mid sixteenth century to the peace of 1648. It’s a broad brush overview that also canvasses historiography and contains a very helpful, updated bibliography, maps, and a chronological list of events as appendices. . . . Particularly welcomed in this new version of Van der Lem’s book are the beautiful, important images he has set alongside his chronological narrative of the Revolt. They are some of the best set of illustrations I have seen of the Revolt, and serve as tantalizing invitations to readers to the rich world of visual material the conflict produced."

“This fresh, original, and beautifully written book offers as fine an introduction as one could wish to the revolt in the Netherlands—why it occurred, and why the Low Countries would eventually be divided against all expectation into a free north and a Spanish south. Elegant and fair-minded, and crammed with previously unseen visual material, this book will be recognized as a definitive study of a critical episode in the development of modern European society.”

Andrew Pettegree, University of St Andrews, author of "Brand Luther: 1517, Printing, and the Making of the Reformation"