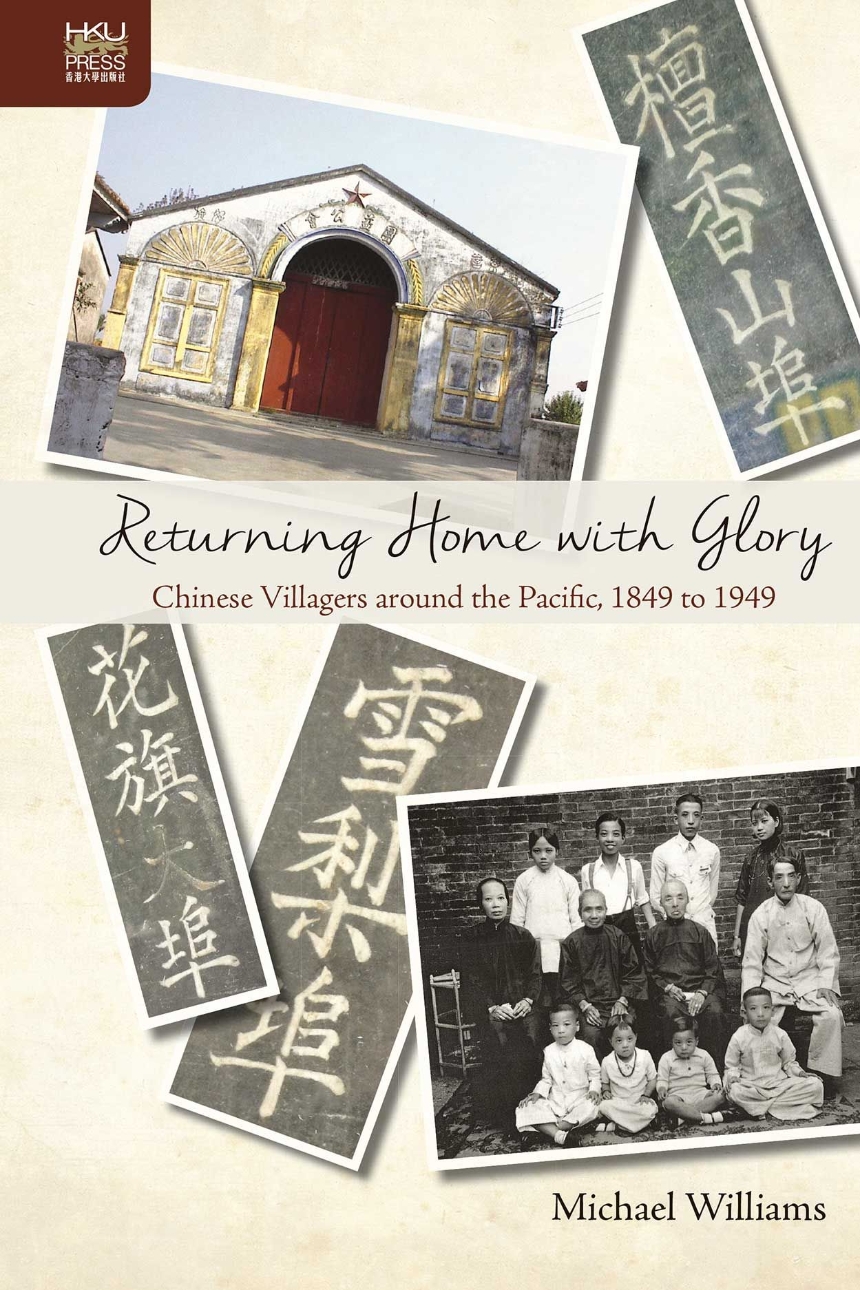 Employing the classic Chinese saying “returning home with glory” (man zai rong gui) as the title, Michael Williams highlights the importance of return and home in the history of the connections established and maintained between villagers in the Pearl River Delta and various Pacific ports from the time of the Californian and Australian gold rushes to the founding of the People’s Republic of China. Conventional scholarship on Chinese migration tends to privilege nation-state factors or concepts which are dependent on national boundaries. Such approaches are more concerned with the migrants’ settlement in the destination country, downplaying the awkward fact that the majority of the overseas Chinese (huaqiao) originally intended to (and eventually did) return to their home villages (qiaoxiang). Williams goes back to the basics by considering the strong influence exerted by the family and the home village on those who first set out in order to give a better appreciation of how and why many modest communities in southern China became more modern and affluent. He also gives a voice to those who never left their villages (women in particular). Designed as a single case study, this work presents detailed research based on the more than eighty villages of the Long Du district (near Zhongshan City in Guangdong Province), as well as the three major destinations—Sydney, San Francisco, and Honolulu—of the huaqiao who came from this region. Out of this analysis of what truly mattered to the villagers, the choices they had and made, and what constituted success and failure in their lives, a sympathetic portrayal of the huaqiao emerges. Returning Home with Glory inaugurates the Hong Kong University Press book series “Crossing Seas”.