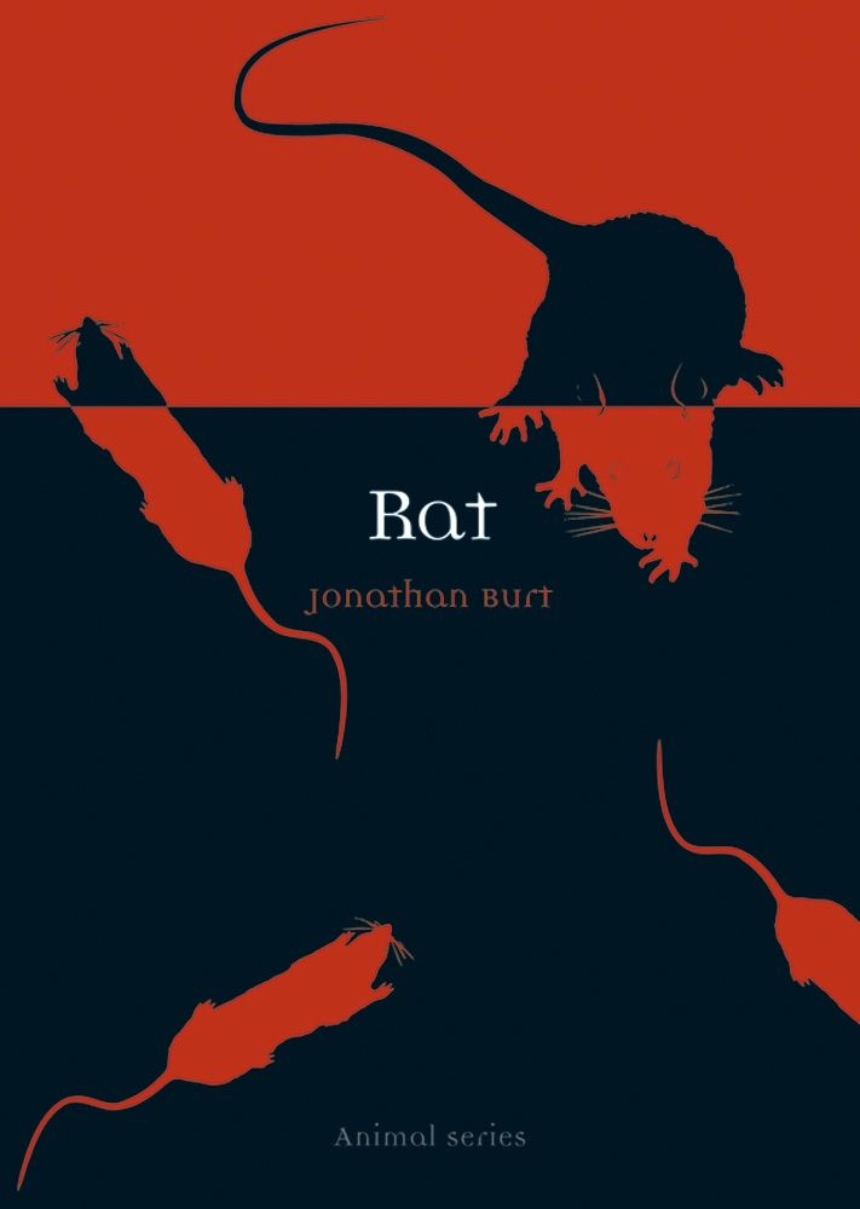 The rat has been described as the shadow of the human: from ancient times through today, it has followed man via routes of commerce and conquest to eventually inhabit nearly every part of the world. Rats have a bad reputation—they spread disease, destroy agricultural produce, and thrive in the darkest corners of human habitation—but they have recently found credibility as a major resource for scientific experimentation. Jonathan Burt here traces the fortunes of the rat in history, myth, and culture.

Central to Rat is the history of the relationship between humans and rats and, in particular, the complex human attitudes toward these shrewd creatures. Burt examines why the rat is viewed as more loathsome and verminous than other parasitic animals and considers why humans have had diametrically opposed attitudes about the rat: some cultures greatly admire the rat for its skills, while others consider the rat the scourge of the earth. Burt also draws on a wide range of examples to explore the rat’s role in science, culture, and art, from its appearances in children’s literature such as The Wind in the Willows to Victorian rat- and dog-baiting pits to its symbolic roles in folklore.

Rat offers an intriguing and richly illustrated study of one of nature’s most remarkable creatures and ultimately finds that the rat exists as a perverse totem for the worst excesses of human behavior.

"His account of the natural history of the black rat and the brown rat is thorough. . . . The range of geographical and historical detail provided . . . is impressive and necessary. . . Rat is a good account of the many different manifestations of this animal, and a good place to start for those new to critical animal studies."

"Superbly illustrated, this is the perfect book for the rat fancier in your life."

"Engaging. . . . An excellent example of how cultural history can entertainingly cross borders."

“As Burt writes in his excellent book Rat—part of the Reaktion series on animals in culture—our phobia of rats is intimately tied up with our own self-image as humans. We despise rats for the very things we despise in ourselves: their filth, their lust, their disease, their destruction, their pointless, unbounded, never-ending consumption. Their ingenuity. Their hypocrisy—rats make everything else dirty but keep themselves extremely clean. Rats, he argues—not apes—are what humans fear we will devolve into in the event of societal collapse.”

"A highly useful reference source for the history of rat-human relationships. . . . The book's theme is that the rat mirrors the human: and the book itself, in being the history of that connection, provides a compelling, albeit often disturbing, look into the human mind."

"This book represents an altogether very impressive effort of drawing on examples from the arts, science, religion and folklore of the six continents that rats have colonized. . . . [A] lovely book."

"A fascinating read, even for those a bit squeamish about Rattus."