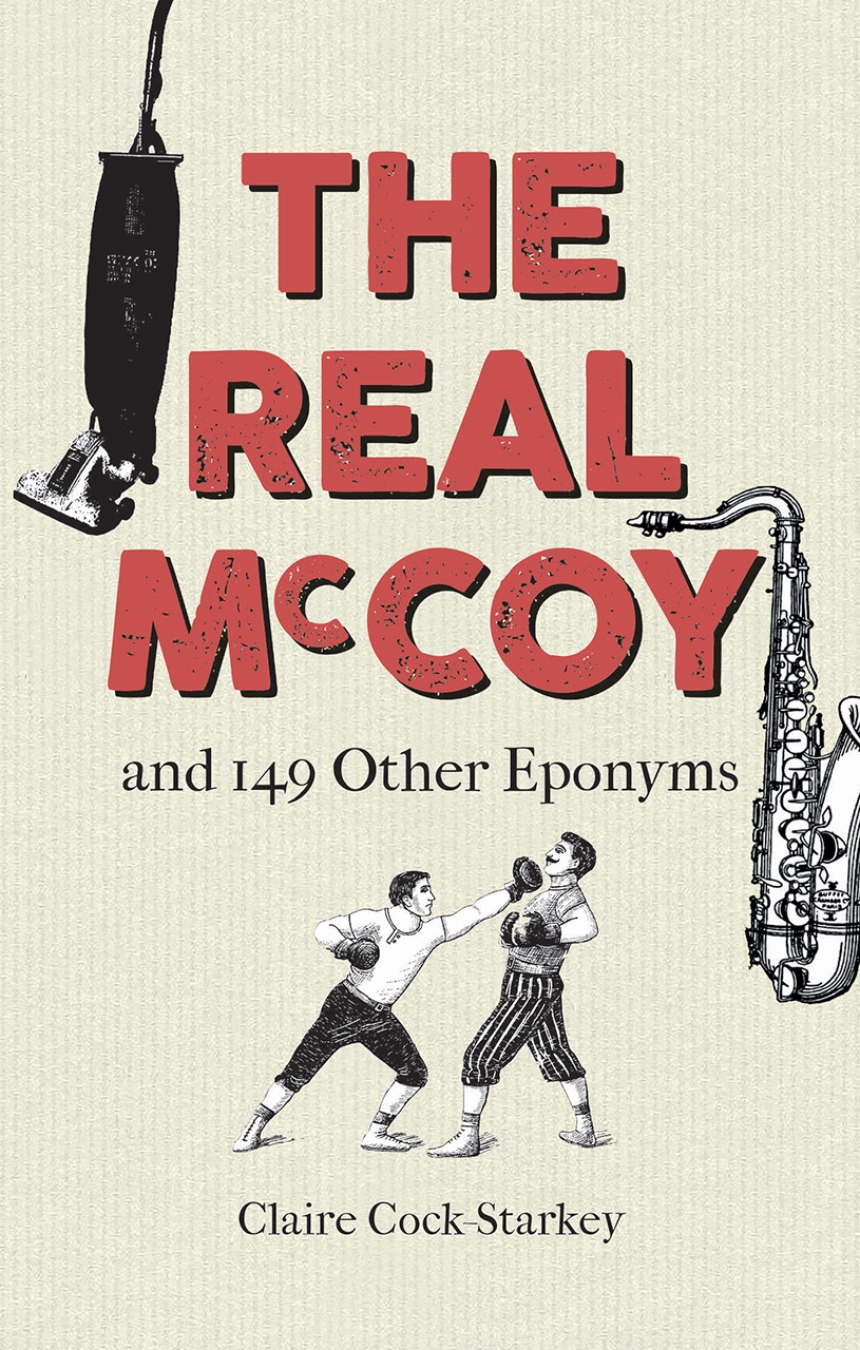 From diesel to gerrymandering, the English language is rich with eponyms—words that are named after an individual. The many histories behind these words are often mesmerizing—a word named, incidentally, after the German physician Franz Mesmer, who developed the practice of hypnotism as a form of therapy.

Deriving from numerous sources, eponyms are full of intrigue. This book features one hundred and fifty of the most interesting and enlightening specimens, delving into the origins of the words and describing the fascinating people after whom they were named. Some honor a style icon, inventor, or explorer, such as pompadour, Kalashnikov, and Cadillac. Others have roots in Greek or Roman mythology, such as panic and tantalize. Still others are far from celebratory and were created to brand the negative association of their origins—into this category can be filed boycott, Molotov cocktail, and sadist.

Encompassing words from medicine, botany, invention, science, fashion, food, and literature, this book uncovers the curious tales of discovery, mythology, innovation, and infamy behind the eponyms we use every day. The Real McCoy is the perfect addition to any wordsmith’s bookshelf.

"Those who have a fascination with the origin of place names and interesting words will appreciate the excellent research and clean, clever writing skills on display in this little book. Each of the 150 eponymous words or phrases in the book has its own fascinating story, and each is well told by the author. This is perfect for a road trip or to keep on the bedside table."