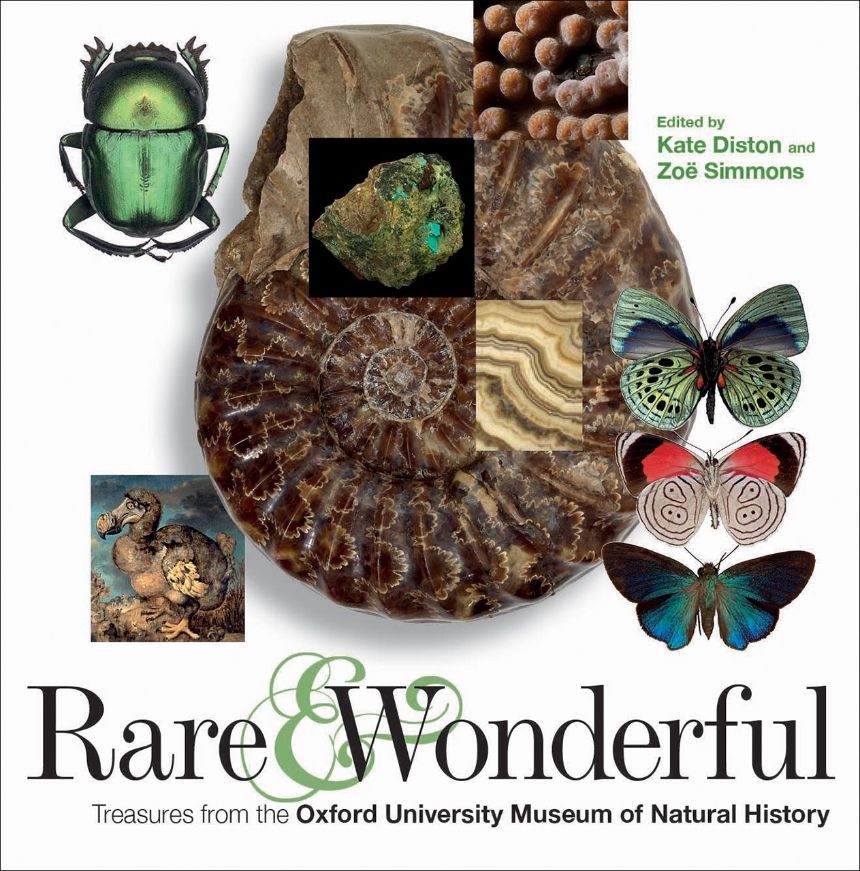 Treasures from the Oxford University Museum of Natural History

Treasures from the Oxford University Museum of Natural History

Since its foundation in 1860, the Oxford University Museum of Natural History has become a key center for scientific study, its much-loved building an icon for visitors from around the world. The museum now holds more than seven million scientific specimens, including five million insects, half a million fossil specimens, and half a million zoological specimens. It also holds an extensive collection of archival material relating to important naturalists such as Charles Darwin, William Jones, and James Charles Dale.
This lavishly illustrated book features highlights from the collections, ranging from David Livingstone’s tsetse fly specimens to Mary Anning’s ichthyosaur, and from crabs collected by Darwin during his voyage on the Beagle to the iconic Dodo, the only soft tissue specimen of the species in existence. Also featured are the first described dinosaur bones, found in a small Oxfordshire village, the Red Lady of Paviland (who was in fact a man who lived 29,000 years ago), and a meteorite from the planet Mars.
Each item tells a unique story about natural history, the history of science, collecting, or the museum itself. Rare & Wonderful offers unique insight into the extraordinary wealth of information and fascinating tales that can be gleaned from these collections.