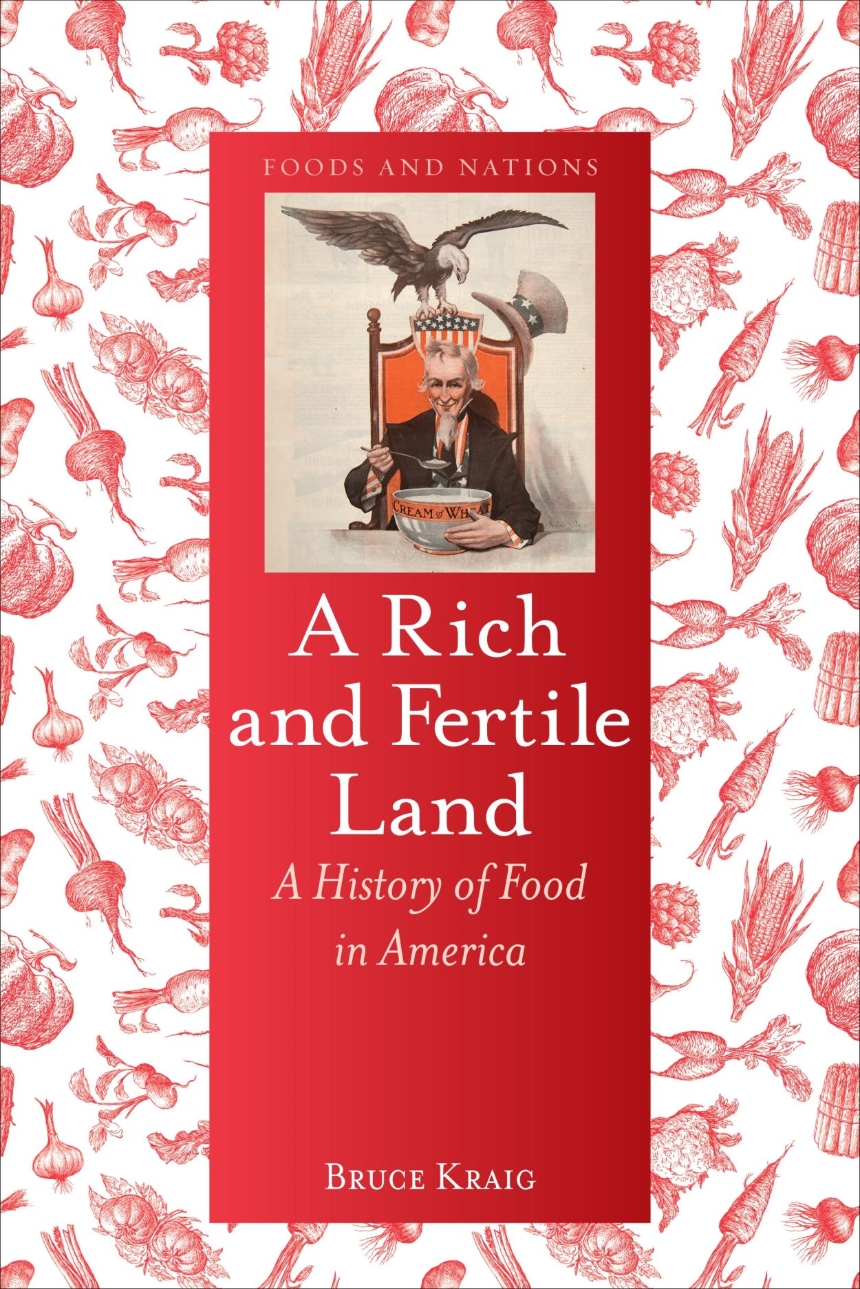 A Rich and Fertile Land

A History of Food in America

A Rich and Fertile Land

A History of Food in America

The small ears of corn once grown by Native Americans have now become row upon row of cornflakes on supermarket shelves. The immense seas of grass and herds of animals that supported indigenous people have turned into industrial agricultural operations with regular rows of soybeans, corn, and wheat that feed the world. But how did this happen and why? In A Rich and Fertile Land, Bruce Kraig investigates the history of food in America, uncovering where it comes from and how it has changed over time.

From the first Native Americans to modern industrial farmers, Kraig takes us on a journey to reveal how people have shaped the North American continent and its climate based on the foods they craved and the crops and animals that they raised. He analyzes the ideas that Americans have about themselves and the world around them, and how these ideas have been shaped by interactions with their environments. He details the impact of technical innovation and industrialization, which have in turn created modern American food systems.

Drawing upon recent evidence from the fields of science, archaeology, and technology, A Rich and Fertile Land is a unique and valuable history of the geography, climate, and food of the United States.

"The author of a definitive book on the hot dog is now covering a much bigger topic. Kraig surveys the food of America from prehistory to the present in A Rich and Fertile Land. Geology, geography, meteorology, agriculture, industrialization, politics, technology, and taste are all included, and Mexico and Canada are mentioned when relevant. What could have been a dry treatise is enlivened by individual stories drawn from diaries and other first-person accounts, and by occasional illustrations."

"What we eat is an increasingly provocative issue, making A Rich and Fertile Land a well-timed book. We are endlessly obsessed with food and its relationship with health, environment and economy—so what better way to understand the status quo than by travelling back in time. . . . A deeply knowledgable introduction to US food that shows how the environment has been melded to suit human desire since the Native Americans, and how cultural and political beliefs have shaped eating habits. . . . Kraig’s broad observations are worth a read for anyone interested in food or American history. More than anything he reminds us that the country is a cultural melting pot; a land of immigrants, and its hamburgers, tacos, frankfurters, and schnitzels tell a story not just of a rich and fertile land, but a changing one full of intercultural exchange and goodwill, at the dinner table at least."

"Contains a genuine wealth of information, and is strewn with intriguing facts and anecdotes. . . . As Kraig notes, American food is inextricable from cultural hybridity. 'American as apple pie' has been complemented with American as bean burritos, American as pepperoni pizza, American as General Tso's Chicken, American as sushi or sriracha. It is indeed a rich and fertile land, not just in foodstuffs but in culinary ideas, and (despite those who'd insist that we are a fragmented, low-trust society) a nation of great intercultural goodwill."

“A Rich and Fertile Land is a delightfully informative and readable history of American food from prehistoric times to the present. Fluid and engaging, it is an ambitious work written with an historian’s skill and a food-lover’s heart. Every page is stuffed with insights and surprising connections to American culture. It’s a must read for anyone interested in food or history!”

Andrew F. Smith, editor of "The Oxford Encyclopedia of American Food and Drink"

“A readable, succinct, and deeply knowledgeable introduction to the history of American food from the multifarious natural resources of the land to the political and religious beliefs that have shaped and reshaped eating habits from the arrival of the first native American settlers to the present complex multicultural society. By effortlessly weaving in quotations from American literature, summaries of controversial issues such as slavery, and the industrialization of agriculture, and references to contemporary debates about the food system, the author makes it clear that food has always been at the center of American culture, history and politics.”

“The land is the protagonist in this fascinating account of America’s food habits and production. The use, misuse, and transformation of the landscape are creatively and compellingly related to the everyday business of eating.”