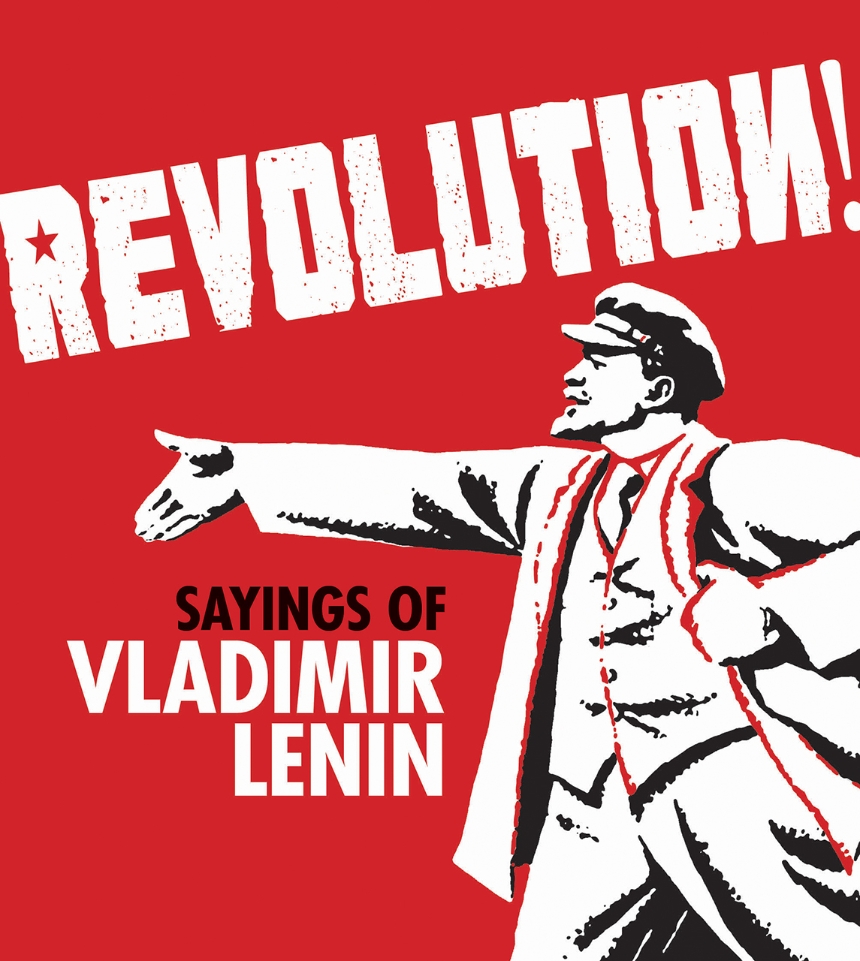 “Without a revolutionary theory there can be no revolutionary movement.” So wrote Vladimir Ilyich Lenin, leader of the Bolshevik Revolution and founder of the USSR. Lenin was profoundly aware of the power of words. As a prolific writer and orator, he used his words to launch a soaring critique of imperialist society and to theorize the development of the world’s first socialist state. Much of his writing was translated into English in order to further the socialist cause.

Revolution! Sayings of Vladimir Lenin is a compilation of Lenin’s most famous sayings, taken from speeches, lectures, letters, and recorded conversations. Together, they show his views on topics ranging from democracy to terrorism, from religion to Stalin’s untrustworthiness, and from education to music. Accompanied by a range of striking images, including contemporary propaganda posters, photographs, portraits, illustrations, and Soviet art, these aphoristic proclamations offer an insight into the atmosphere of pre- and post-revolutionary Russia and the mind of one of the twentieth century’s most defining political figures.