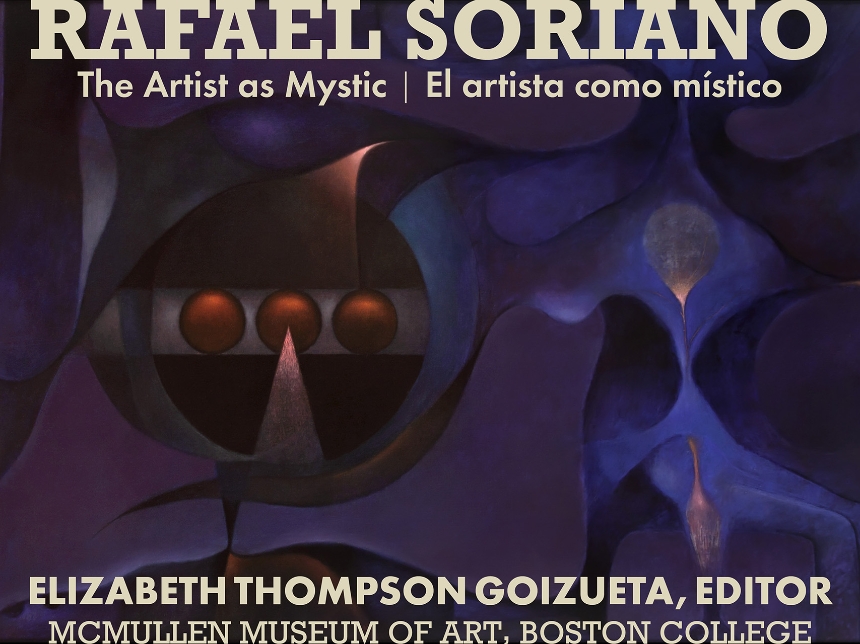 Translated by Ileana Fuentes and Vicente Echerri
Cuban painter Rafael Soriano (1920–2015) was an acclaimed master of geometric abstraction and a global figure in the twentieth-century art world—his work resonated with such international artists of Latin American origin as Roberto Matta, Rufino Tamayo, and Wifredo Lam. As a result of the revolution in Cuba in 1959, Soriano left the country in 1962 for the United States. The effect of the Cuban revolution on his art as well as his aesthetics in general are the focus of this book, an unprecedented examination of his entire oeuvre.

Featuring more than ninety paintings, pastels, and drawings, this bilingual English-Spanish catalog for an accompanying exhibition at the McMullen Museum of Art, Boston College; the Long Beach Museum of Art; and the Patricia & Phillip Frost Art Museum at Florida International University begins with a contextual analysis of Soriano’s relationship to the Cuban avant-garde and his position within the emerging mid-century modernists. Essays then trace his evolving styles, examining his work through the lens of surrealism and European and Latin American transnational aesthetics. The idea of exile and struggle is a leitmotif and is framed within questions of transcendence and spirituality. Taken together, the contributions suggest both Soriano’s rootedness in Latin America and his striving for universality.

The most comprehensive exploration of Soriano’s work to date, Rafael Soriano: The Artist as Mystic deftly takes the idea of exile and struggle so prominent in the artist’s work and frames it within important questions of transcendence and spirituality. This book will be essential reading for anyone intrigued by Latin American and modern art.