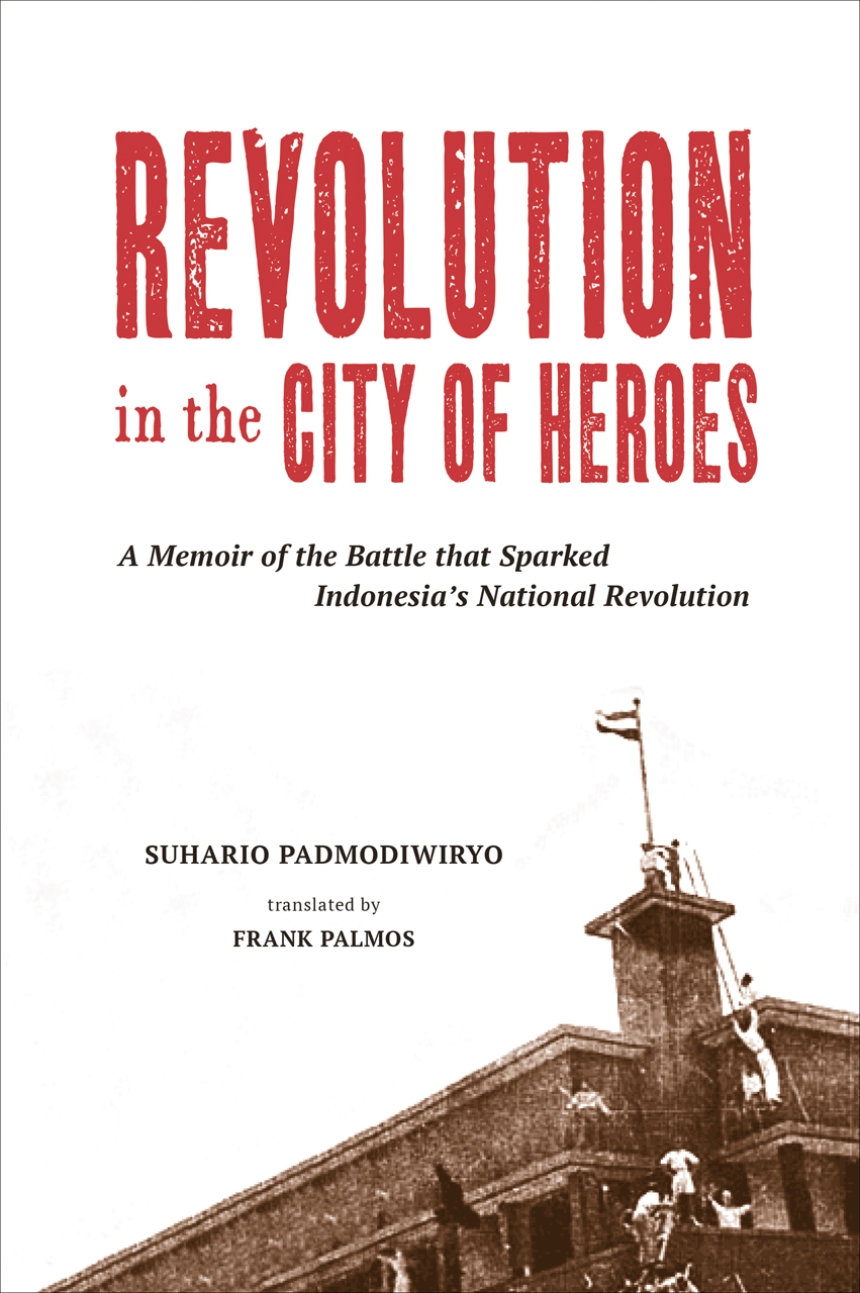 Revolution in the City of Heroes

A Memoir of the Battle that Sparked Indonesia’s National Revolution

Revolution in the City of Heroes

A Memoir of the Battle that Sparked Indonesia’s National Revolution

Translated by Frank Palmos
The diary of 24-year-old Indonesian medical student Suhario Padmodiwiryo,
alias ‘Hario Kecik,” Revolution in the City of Heroes is an evocative first-hand
account of the popular uprising in Surabaya. It vividly portrays the chaotic swirl
of events and the heady emotion of young people ready to sacrifice their lives
for independence.


Newly liberated from nearly four brutal years under Japanese control, the
people of Indonesia faced great uncertainty in October 1945. As the British
Army attempted to take control of the city of Surabaya, maintain order and
deal with surrendered Japanese personnel, their actions were interpreted by
the young residents of Surabaya as a plan to restore Dutch colonial rule. In
response, the youth of the city seized Japanese arms and repelled the force sent
to occupy the city. They then held off British reinforcements for two weeks,
battling tanks and heavy artillery with little more than light weapons and sheer
audacity. Though eventually defeated, Surabaya’s defenders had set the stage
for Indonesia’s national revolution.

"Indonesia is tagged in the media as Islamic—as though this is the one and only driver of the Republic. Nationalism is more powerful. This book reveals why."

"As a first-hand account of a period of high drama, Revolution in the City of Heroes is a genuinely gripping read. The prose is crisp and vivid... and there are many striking moments."

"Invaluable to our understanding of the early days of the Indonesian Republic. . . . Lively prose and distinctive style of translation make the book an enjoyable read.”