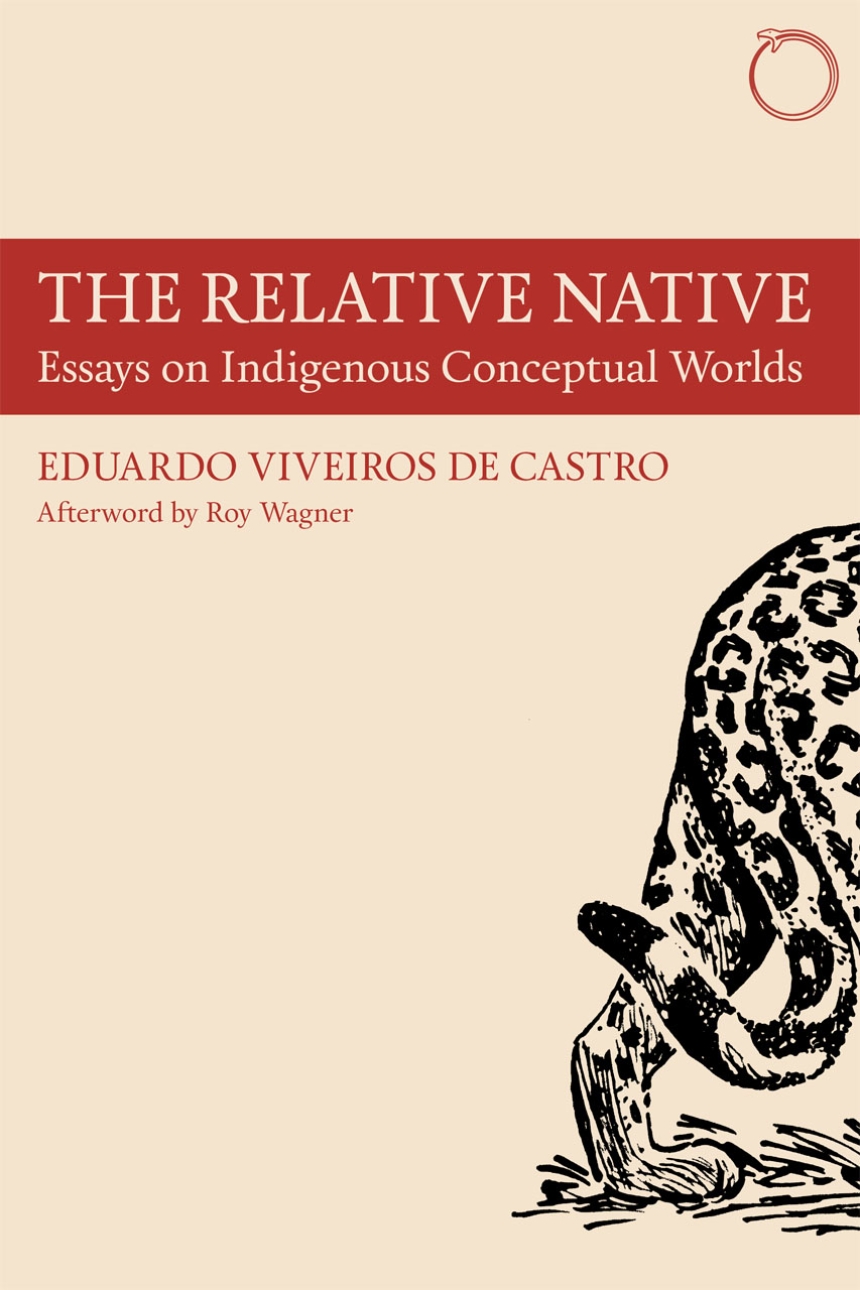 With an Afterword by Roy Wagner

This volume is the first to collect the most influential essays and lectures of Eduardo Viveiros de Castro. Published in a wide variety of venues, and often difficult to find, the pieces are brought together here for the first time in a one major volume, which includes his momentous 1998 Cambridge University Lectures, “Cosmological Perspectivism in Amazonia and Elsewhere.”

Rounded out with new English translations of a number of previously unpublished works, the resulting book is a wide-ranging portrait of one of the towering figures of contemporary thought—philosopher, anthropologist, ethnographer, ethnologist, and more. With a new afterword by Roy Wagner elucidating Viveiros de Castro’s work, influence, and legacy, The Relative Native will be required reading, further cementing Viveiros de Castro’s position at the center of contemporary anthropological inquiry.

"The strength of Viveiros de Castro’s essays is that we no longer have to worry about apathy at all; we are engaged. … To me, these magisterial essays are the benchmark of twenty-first century anthropology, not so much a new beginning as a figure-ground reversal of the old one… [an] arbiter of human perception."

Roy Wagner, author of The Invention of Culture and Coyote Anthropology

"Eduardo Viveiros de Castro’s seminal lectures and essays on cosmological perspectivism provide a careful and highly innovative introduction to many themes that have become central to the ontological turn in anthropology, including multinaturalism against multiculturalism, transformation/exchange versus creation/production, and performativity replacing representation. They offer invaluable insight into an anthropology operating in a space where we have been neither modern nor primitive."

"By way of a kind of guided reverse engineering, the brilliance of Viveiros de Castro’s arguments in his lectures and essays is made visible as a function of the intensities of Amazonian and (or ‘as’) other ways of living. In the process, anthropology itself is made visible as a form of living dedicated to just that: making other forms of living visible; which is to say imaginable, conceivable."

Martin Holbraad, author of Truth in Motion: The Recursive Anthropology of Cuban Divination

"Eduardo Viveiros de Castro has emerged as a leading thinker on human-nonhuman relationships, and, through that, human-human ones. He is most famous for explaining the idea of perspectivism, an Indigenous Amazonian view which he concisely defines on pp. 229–230: “the conception according to which the universe is inhabited by different sorts of persons, human and nonhuman, which apprehend reality from distinct points of view.”

… this book will challenge all your preconceptions, whatever those are, and also teach you a great deal about eastern Amazonian concepts of the world…. if you want to see how far contemporary anthropological theory can go into speculative and critical realms, this is your book."