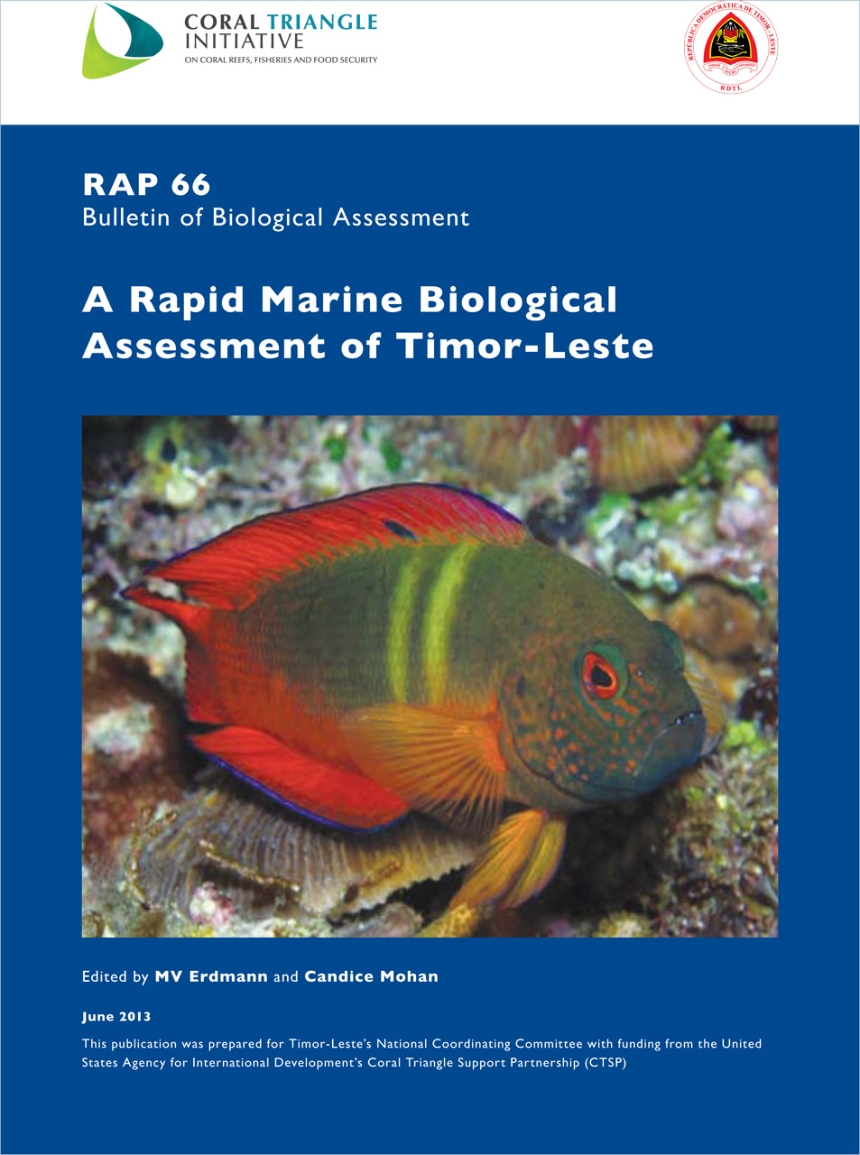 Timor-Leste is situated at the heart of the Coral Triangle and is home to some of the earth’s most significant marine biodiversity. This report describes the results of an expedition to assess Timor-Leste’s marine biodiversity, conservation status, and the resilience of hard corals and coral reef fishes of twenty-two sites along the north coast and in the Nino Konis Santana National Park. Scientists found an average of 212 reef fish species per site, which represents the second highest average for any survey in the world. Among the more than 1,100 species documented, nine species of reef fishes and hard corals are probably new to science. The editors have included maps, color images, and concrete recommendations for future conservation efforts in the region.