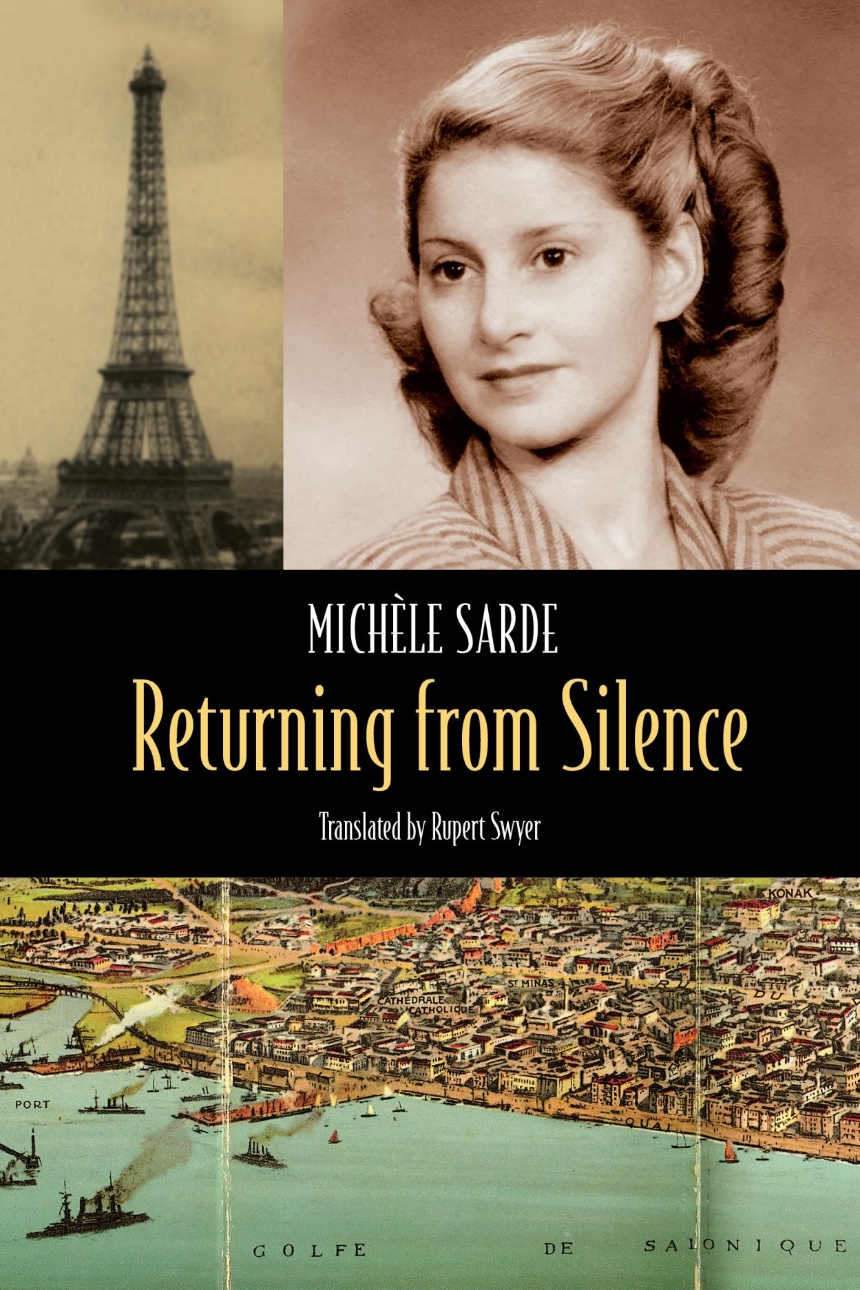 Translated by Rupert Swyer
A novel that tells the story of a Jewish family in World War II and reaches deep into Jewish history.

Born in Brittany on the threshold of World War II, novelist Michèle Sarde had long been silent about her origins. After her mother, Jenny, finally shared their family history, Sarde decided to reconstruct Jenny’s journey, including her exile from Salonica, move to Paris in 1921, and assimilation in France. The Nazi occupation then forced her and her family to hide and conceal their Jewish identity, and in this retelling, Sarde shows how Jenny fights with everything she has to survive the Holocaust and protect her daughter.

Returning from Silence is a powerful saga that reaches deep into Jewish history, opening with the Expulsion of the Jews from Spain in 1492 and their settlement in a more tolerant Ottoman Empire. Sephardi culture and language flourished in Salonica for four centuries, but with the fall of the Ottoman Empire in the 1920s, and the sense of troubling times to come, Jenny’s family felt impelled to leave their much-loved city and rebuild their lives in France. Their years in France led to change that none could have fully expected, and then, the Holocaust. The trauma lasts well into the post-war period, silencing both mother and daughter in unanticipated ways.

Through this family history, Sarde sensitively raises questions about identity, migration, and assimilation while weaving fiction together with history, research, and testimony to bring the characters’ stories to life.

“The body of [Sarde’s] work is stunning in volume, quality, and diversity. . . . Her latest book, Returning from Silence. . . . unfolds the painful but liberating journey of being born at the beginning of World War II to a Jewish family in France, forced to hide throughout the Nazi persecutions. . . . Whenever a powerful and unforgettable story of survival of the Shoah emerges into the world in the form of an artistic product, it represents a victory over darkness and oblivion.”

“In her riveting memoir, Sarde describes how the first immigrant Sephardim (Jews of Spanish origin) struggled to maintain their identity in the face of Christian pressure and unfamiliar Ashkenazi customs.”

“A touch­ing account that com­bines fic­tion with research and memoir, Return­ing from Silence explores themes of immi­gra­tion, assim­i­la­tion, war, fam­i­ly ties, fem­i­nism, and reli­gion. It begs the reader to con­sid­er ques­tions of his­to­ry and identity.”

“A deftly crafted and inherently fascinating work of fact-based fiction, Returning from Silence by Michele Sarde is ably translated into English for an American readership by Swyer. An impressive, extraordinary, memorable work of Jewish literary fiction, Returning from Silence is an especially and unreservedly recommended addition to personal reading lists, as well as community, and academic library Literary Fiction collections.”

“This book is about all that hides behind silence: the history of a family in the twentieth century and how and why for so long their children never heard it. Sarde starts in the lovely, prickly texture of Jewish life in Salonika and its the rich culture; so we know what is at stake. We get to know her family intimately, no cut-out heroes or villains but human figures with their fears, their snobberies, their dreams; so we care very much about these people. Then we’re thrown, in pages that are much too vivid for comfort, into the fate of so many of them murdered by the Nazi machine, and so many fighting in the resistance to the war on the Jews. And then we hear how silence came down, and how it was broken. Sarde’s book is funny, chilling, atrocious and beautiful. It is as various as life.”

Michael Pye, author of The Pieces from Berlin and Europe’s Babylon: The Rise and Fall of Antwerp’s Golden Age

"Swyer’s engaging translation brings English-speaking readers Michèle Sarde’s spirited, award-winning saga. Mingling creative writing with family memories and inspired by personal vicissitudes during some of the most tormented periods of the twentieth century, this poignant, gripping, and sometimes humorous novel takes readers from Salonica to Paris and beyond. In Returning from Silence, the setting is historical, but the themes are contemporary: identity, discrimination, emigration and assimilation, and resilience, among others."

Marva Barnett, author of To Love Is to Act: Les Misérables and Victor Hugo’s Vision for Leading Lives of Conscience and Victor Hugo on Things That Matter; University of Virginia professor emerita