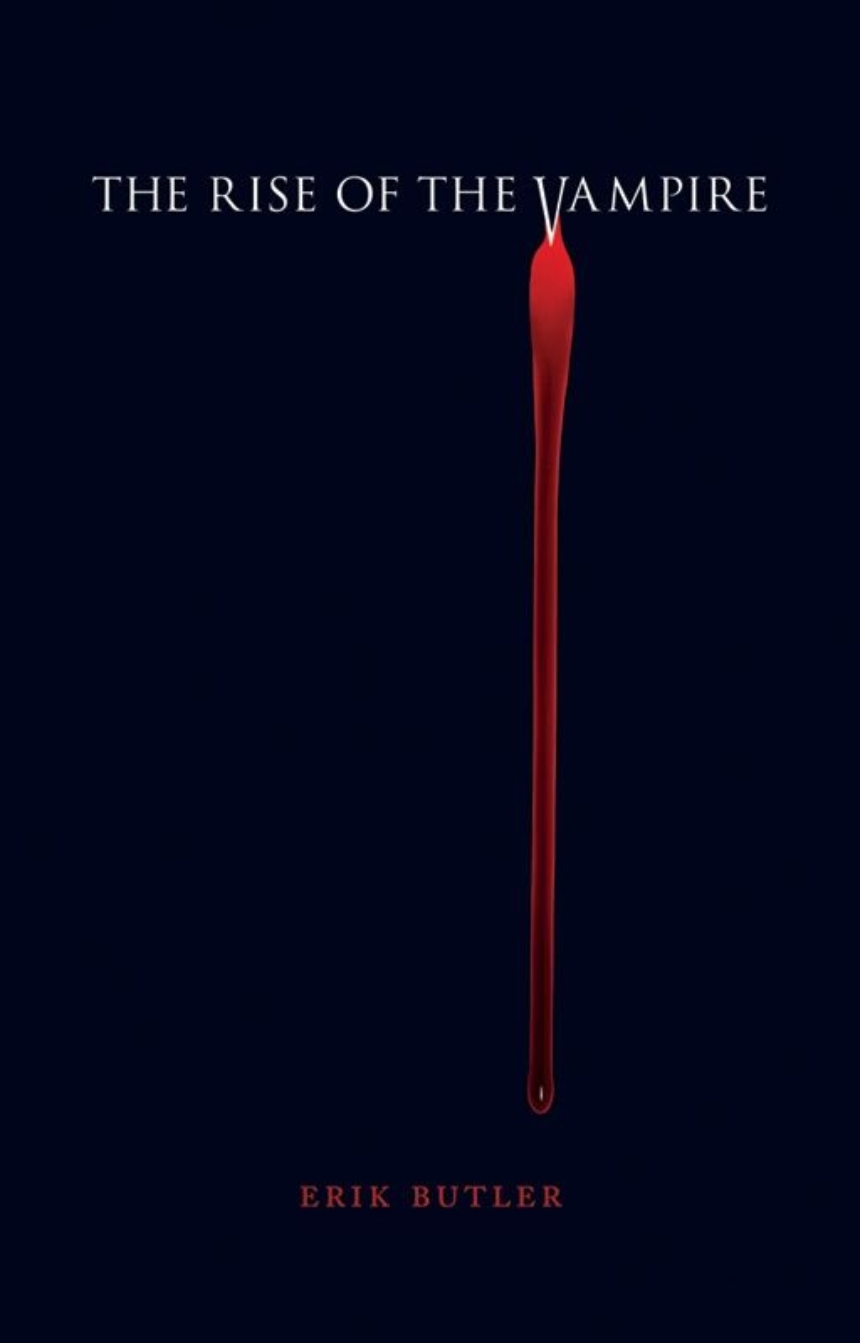 The Rise of the Vampire

The Rise of the Vampire

Before Bella and Edward; Stefan and Damon Salvatore; and Abraham Lincoln, Vampire Hunter, there was Lestat and Louis, The Lost Boys, and Buffy Summers. Before True Blood and Let the Right One In, there was Dark Shadows and Anne Rice’s Vampire Chronicles. And then there is the most prominent of them all: Dracula, immortalized by Bram Stoker in 1897. Whether they’re evil, bloodsucking monsters or sparkling like diamonds in the sunlight, vampires have been capturing our imagination since their modest beginnings in the rustic fantasies of southeastern Europe in the early eighteenth century. Today, they’re everywhere, appearing even in movies in Japan and Korea and in reggae music in Jamaica and South Africa. Why have vampires gone viral in recent years?
In The Rise of the Vampire, Erik Butler seeks to explain our enduring fascination with the creatures of the night. Exploring why a being of humble origins has achieved success of such monstrous proportions, Butler considers the vampire in myth, literature, film, journalism, political cartoons, music, television, and video games. He describes how and why they have come to give expression to the darker side of human life—though vampires evoke age-old mystery, they also embody many of the uncertainties of the modern world. Butler also ponders the role global markets and digital technology have played in making vampires a worldwide phenomenon.
Whether you’re a fan of classic vampire tales or new additions to the mythology, The Rise of the Vampire is a fascinating look at our collective obsession with the undead.

“The breadth of Butler’s sources is a particular strength throughout the book. . . . [His] view of what constitutes a vampire is pleasingly broad. . . . The vampire is held up as a mirror to the human psyche, representing not only the unknown in others but also that which is unknowable in ourselves. It is for this reason that vampires have been such an enduring construct, and one which we have felt compelled to flesh out and adorn.”

“Just to say the word ‘vampire’ now is to make some readers shudder, and not for the right reasons. But reading a new study—Erik Butler’s The Rise of the Vampire—we realise that was is interesting isn’t just the vampires themselves but why they appear in the first place. . . . Butler is very good at exploring vampirism as a psychological condition as much as a physical one.”

“[Butler] is to be congratulated on writing a shrewd and sometimes sardonic study on the origins of an ancient mystery, which in the past decade has been reduced to 50 shades of comic strip. . . . For those with a taste of the supernatural, this is an excellent guidebook. Dracula probably would have enjoyed it.”

"Butler is to be applauded for elucidating the emergence of vampire mythology in history and its progression through various cultures up to its widespread presence in today’s culture. Weaving in themes of vampirism as cultural and psychological symptoms, amplifications of themes of life and its manifold limits and complexities, Erik Butler has created a masterful compendium of ideas."

Introduction: The Mystery and Mystique of the Vampire
1. Portrait Gallery of the Undead
2. Generation V
3. All-American Vampires (and Zombies)
4. That Sucking Sound
5. The Key to Immortality
Conclusion: Vampires, Inside and Out
References
Acknowledgements
Photo Acknowledgements
Index