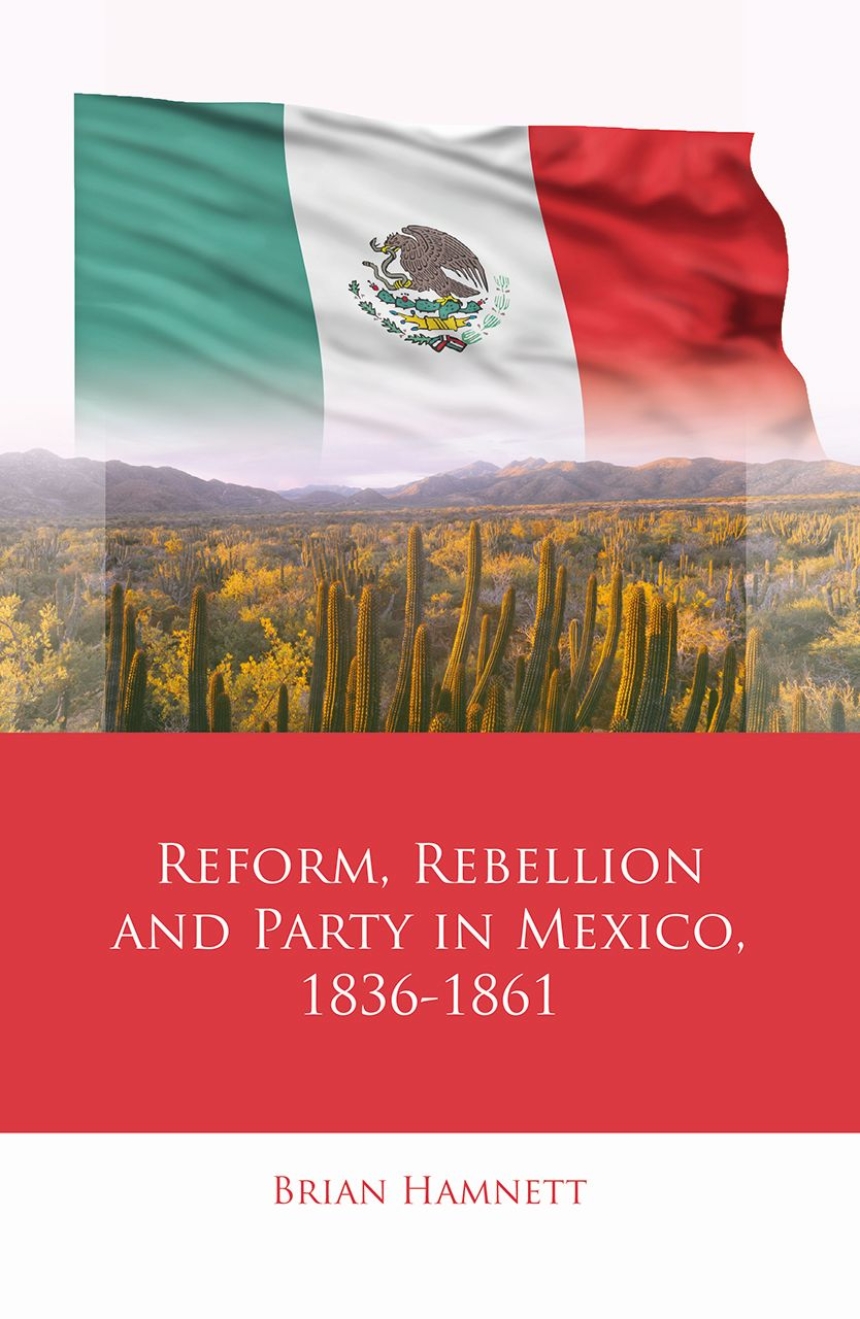 A history of local resistance and contributions to early Mexican nationhood.

Reform, Rebellion and Party in Mexico, 1836-1861 is a history of Mexico’s early, turbulent years as a sovereign state. From local ethnic and religious divisions to statewide financial troubles, the early republic nearly failed. Brian Hamnet surveys these challenges, such as the 1836 loss of the Far North to the United States and the 1861 European debt-collecting Intervention, as well as Mexican responses which culminated in the landmark Liberal Reform Movement in 1855. A history of a former colony caught between the European powers and an expanding United States, this book is an exemplary case study for newly independent states.

"Between the loss of Texas (1836) and the beginning of a French-Austrian-supported monarchy (1861), Mexico’s history seems an unnarratable messy story. Hamnett. . . manages to tell the story without simplifying the many moving parts. Here are the actual global parameters of actions of the young republic seeking to restore something close to a State, as well as the import of ideas, economics, leaders and factions—and all that seen functioning at various local levels. A succinctness and a comprehensiveness that seemed unreachable, here the reader has it."

"This volume is sweeping in scope, analyzing decades of political and social conflict in many Mexican regions, yet is also the product of exhaustive research in national and local archives, and the author’s thorough reading of the historiography. It provides a unique and compelling view of national politics in the period."

"This is a truly outstanding work that succeeds in combining an analysis of both local and global trends in an incredibly sophisticated and nuanced interpretation of Mexico’s mid-century economic and financial difficulties. It brings to the fore how the popular movements of the 1840s and early-1850s engaged with the Liberal Reform Party and the major issues of the day. . . veritable tour de force."

"The middle decades of the nineteenth century were among the most complex periods of Mexican history. Hamnett’s new book offers a magisterial analysis of the main issues and processes that defined this era, from the crisis of republican government to the religious conflict and the international challenges of the new nation. It is an essential reading for any historian of Mexico."

PART TWO RESPONSES AND REACTIONS
7 Social and ethnic tensions in their local contexts
8 Conflict in the Sierra Gorda – Querétaro, Guanajuato,
San Luis Potosí
9 The struggles in the Isthmus of Tehuantepec