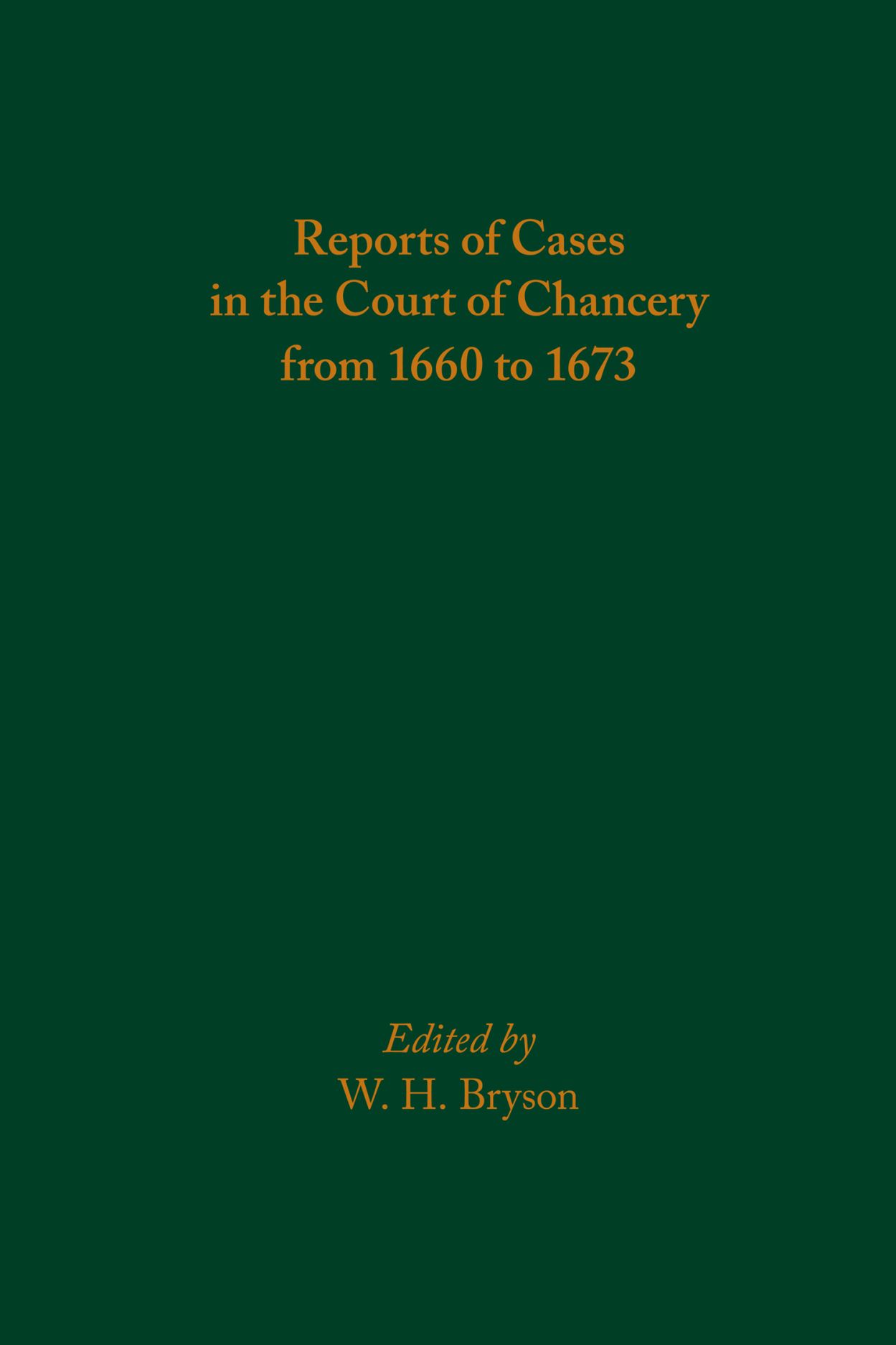 A comprehensive collection of all known Chancery reports in this time period.

This edition of Chancery cases from the Restoration of Charles II in 1660 to the beginning of the juridical tenure of Lord Nottingham in 1673 includes all of the Chancery reports, both in print and in manuscript, known to date from this period. It also adds to the Chancery canon the law reports included in Lord Nottingham’s prolegomena. These reports come from the judicial tenures of Edward Hyde, Earl of Clarendon, Sir Orlando Bridgman, and the Earl of Shaftesbury, three very different types of equity judges. Yet there is a consistency among them, which shows the continuity of the administration of the court. These consolidated reports are presented chronologically according to the modern method of presenting cases.