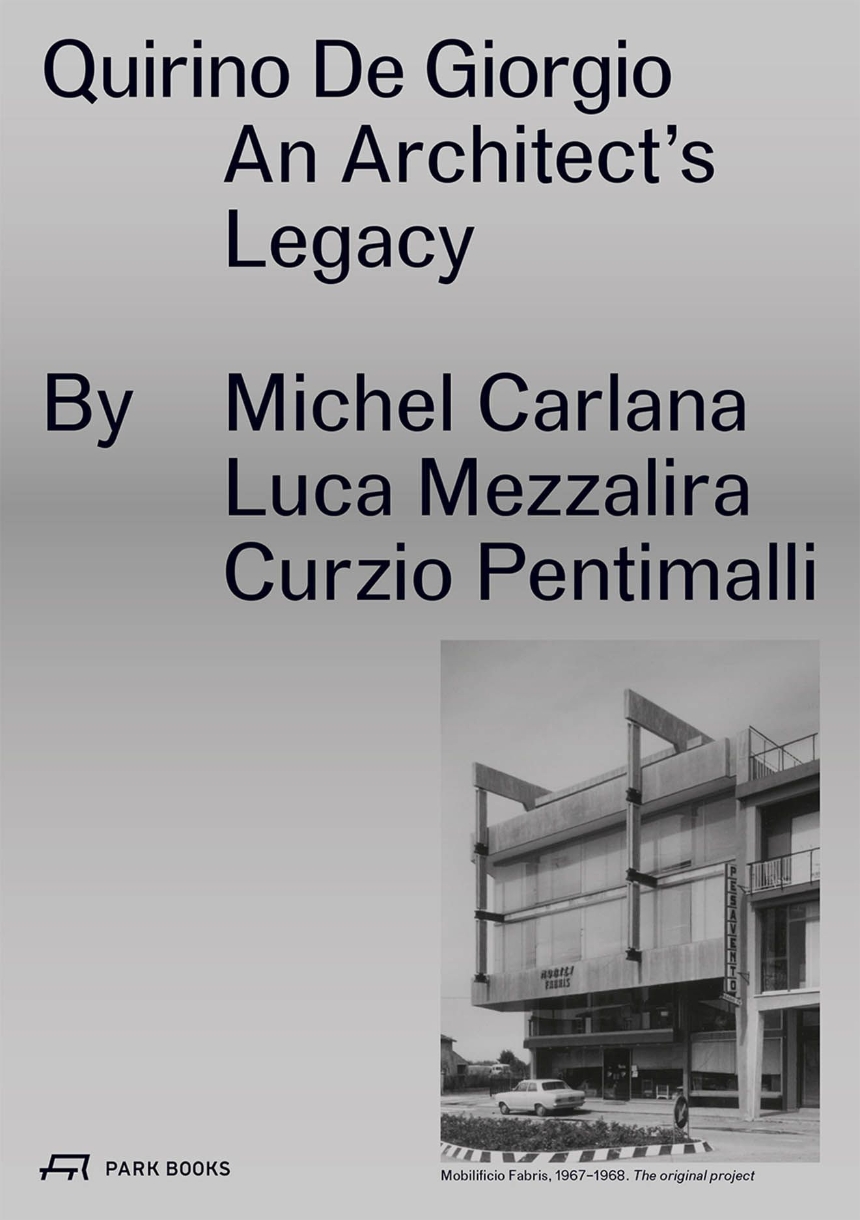 Quirino De Giorgio (1907–97) was among the few Italian architects whose careers covered nearly the entirety of the twentieth century—its actual years and its architectural developments. His work spans from futurism through fascism to the experimentations linked to the invention of reinforced concrete. Though he is often remembered exclusively for his early futurist and fascist works, De Giorgio was an architect whose production evolved throughout his life. Until his final years, he developed his work experimentally and dynamically, a method that had also characterized its beginnings.

Quirino De Giorgio: An Architect’s Legacy is the first English-language book dedicated to this innovative Italian architect. The reader experiences this constellation of the ninety-nine surviving buildings through stunning images by photographer Enrico Rizzato whose pictures capture the universality of De Giorgio’s built designs in their present state. Site plans, floorplans, and sections provide deeper insight into De Giorgio’s spatial, structural, urban, and landscaping inventions, while a newly reconstructed list of De Giorgio’s works offers new guidance for scholars. The perfect introduction to this highly original, yet still too-little-known architect, Quirino De Giorgio: An Architect’s Legacy emphasizes how time marked and transformed De Giogio’s creations and takes us on a journey across the different facets of Italian architecture.