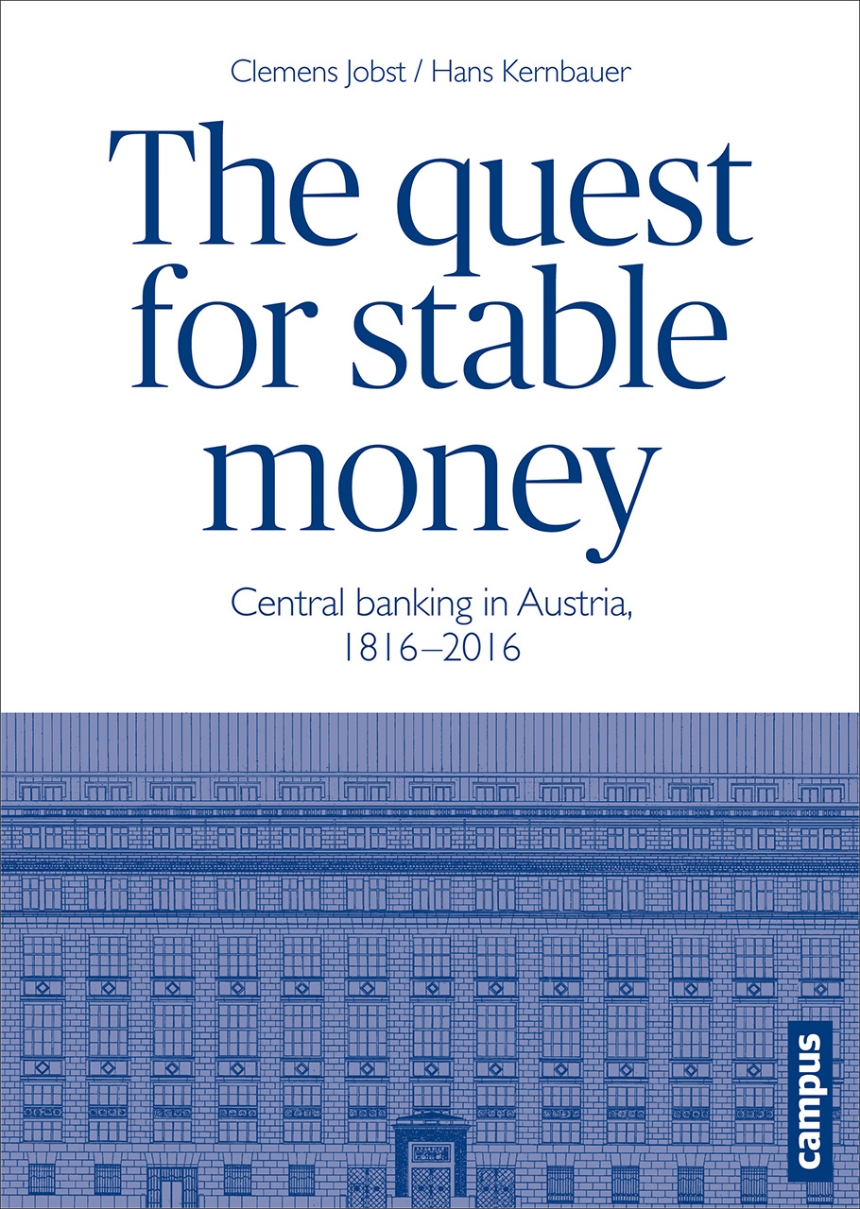 The Quest for Stable Money

The Quest for Stable Money

Caught up in the costly Napoleonic wars, Austria went into sovereign default in 1811. Five years later, the public authorities founded a national bank to be financed and run by private shareholders, the idea being that an independent bank would help rebuild trust in money. During the two hundred years that followed, the Oesterreichische Nationalbank grew from the treasury’s banker-of-choice into a central bank, and from a private stock corporation into a public institution. Yet the challenges facing today’s Nationalbank are a surprising echo of the past: How can it provide stable money? How far must central bank independence go? How does monetary policy making work in a multinational monetary union? Stretching from the Nationalbank’s predecessor, the Wiener Stadtbanco, to Austria’s integration into the European Union today, this engaging book provides the first extensive overview of Austria’s monetary history.

Introduction
A first try at monetary autonomy – the Wiener Stadtbanco (1706–1816)
Public banks in the 1600s and 1700s– innovative payment services and public debt management
A bankrupt sovereign in need of a public bank
Paper money and inflation
Fragile stability during the Nationalbank’s formative years (1816–1848)
A private stock corporation as a guardian of Austria’s currency
Note-issuing bank of an economically and politically heterogeneous empire
The tasks of the Nationalbank
Turning from the treasury’s banker to the banker’s bank (1848–1978)
1848–the revolution accelerates long-term change
The return to convertibility proves to be a moving target
Taking on a new role in the financial system
Monetary policy after 1866: from fiscal to monetary dominance against all odds
200 years of monetary policy in pictures
Two governments, one bank– the Austro-Hungarian monetary union (1878–1914)
A separate note-issuing bank for Hungary?
Return to a stable external value
Conducting business in a large empire
World War I and the collapse of monetary union (1914–1919)
War preparations and the initial weeks of conflict
State financing and central bank policy during the war
The end of the monarchy and the joint currency
Hyperinflation and a new currency (1919–1931)
Hyperinflation and stabilization
The League of Nations loan
Central bank policy under foreign control, 1923–1929
The schilling replaces the crown
The Creditanstalt crisis, the Great Depression and World War II (1931–1945)
The Creditanstalt crisis
Restructuring of banks
Stable exchange rate, stagnating economy
Liquidation of the OeNB, the reichsmark replaces the schilling
Schilling reinstatement and economic miracle (1945–1971)
The schilling returns
Dynamics catch-up process and stability risks
Austria’s hard currency policy (1971–1999)
The crisis of the Bretton Woods system
Exchange rate policy as an anti-inflation policy
Financial market liberalization, EU accession and preparations for the euro
A single European currency–the OeNB as a Eurosystem central bank (1999–2016)
Monetary policy may change, but the objective does not
The common monetary policy, 1999 to 2015
New instruments to ensure financial stability
Conclusion
Currencies
Notes
References
Sources
List of tables, charts and maps
Photo credits
Index
Acknowledgements