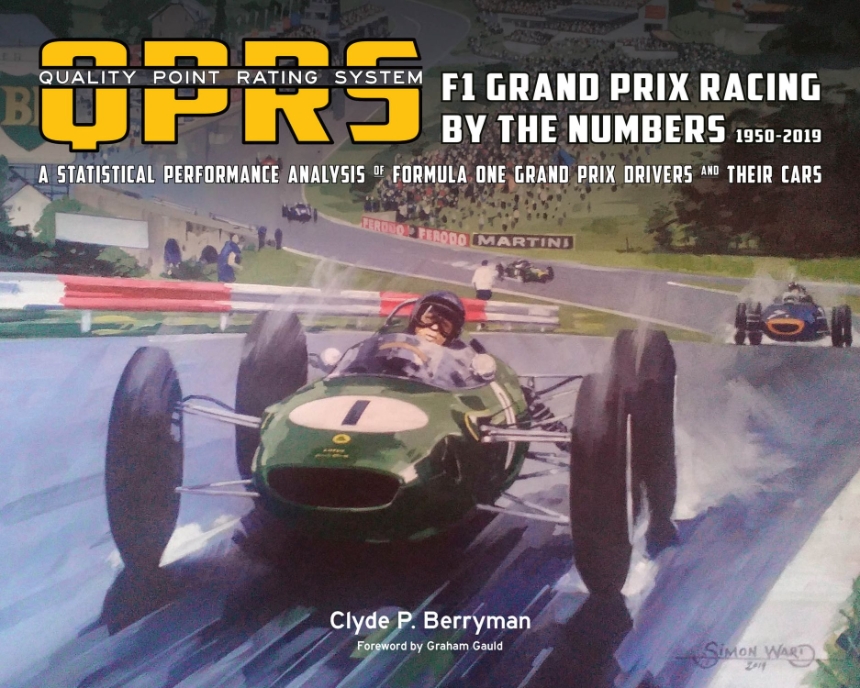 Innovative statistical analysis and hundreds of new illustrations rewrite the history of Formula One racing.

Any devotee of Formula One Grand Prix racing will have their picks for which drivers are the greatest of all time and which are wildly overrated—selections likely guided in large part by personal, even emotional, preferences. Clyde P. Berryman’s QPRS brings a welcome dose of hard data into these fevered discussions with the introduction of the Quality Point Rating System, a method that uses mathematical formulae to analyze both Formula One drivers and their racing vehicles.

In this book, Berryman digs deep into every Formula One World Championship from 1950 to 2019, using the QPRS method to create a new statistical analysis-based rating for every driver and car in competition. In addition to its potentially paradigm-shifting assessments of racing legends, QPRS also stands out as a major fine art book, with more than 200 color illustrations from some of today’s foremost motorsport artists that depict Formula One’s most memorable moments in a variety of media. This book may forever change the way racing fans look at the history of the Formula One Grand Prix.