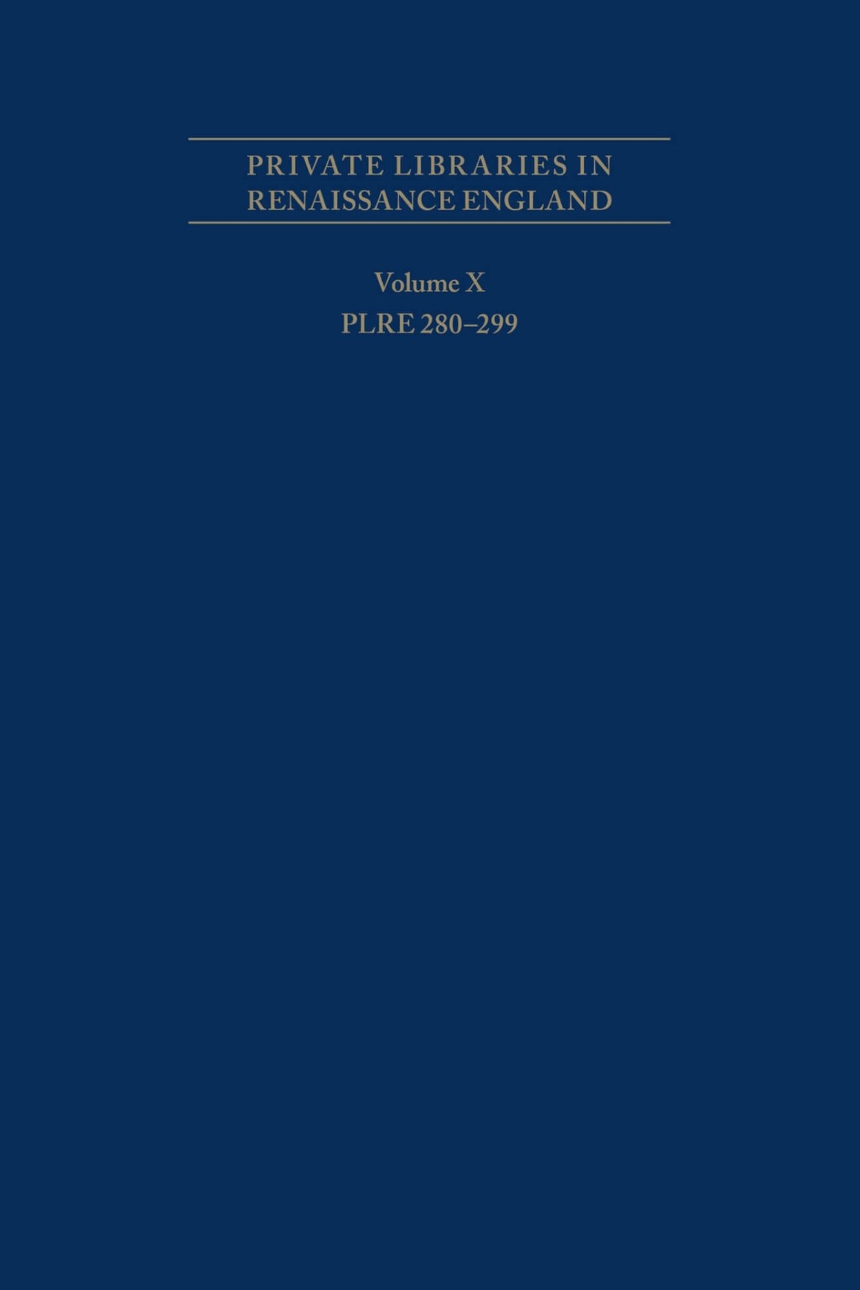 Private Libraries in Renaissance England (PLRE) is the major ongoing editorial project devoted to the history of private book ownership in early modern Britain. With the publication of Volume 7 (2009), PLRE completed editions of the 162 Renaissance book-lists contained in Oxford University inventories. Volume 8 (2014) marked a new beginning for PLRE, marked by a broad expansion in the range of early modern book owners the project represented. Volume 9 (2017) and now Volume 10 (2020) continue that expansion. Twenty book owners are represented in this volume, and they include statesmen, lawyers, landowners, merchants (a Manchester clothier, a London member of the Levant Company), and clerics ranging from rural vicars to a cathedral prebendary, and from a pre-Reformation country priest to a seventeenth-century puritan who left his books to his minister son in New England. PLRE has also continued to document book ownership by early modern women, offering here the substantial and remarkable libraries associated with Lady Elizabeth (Talbot) Grey, Lady Margaret (Miller) Heath, and Lady Anne (Stanhope) Holles. The book-lists in this volume represent libraries situated widely across England, and they derive from a variety of sources, from wills, inventories, bequests, donations, and reconstructions to such less common forms as purchase records and lists inscribed in books. Each booklist has been transcribed, identified, annotated, and provided with an introductory essay.