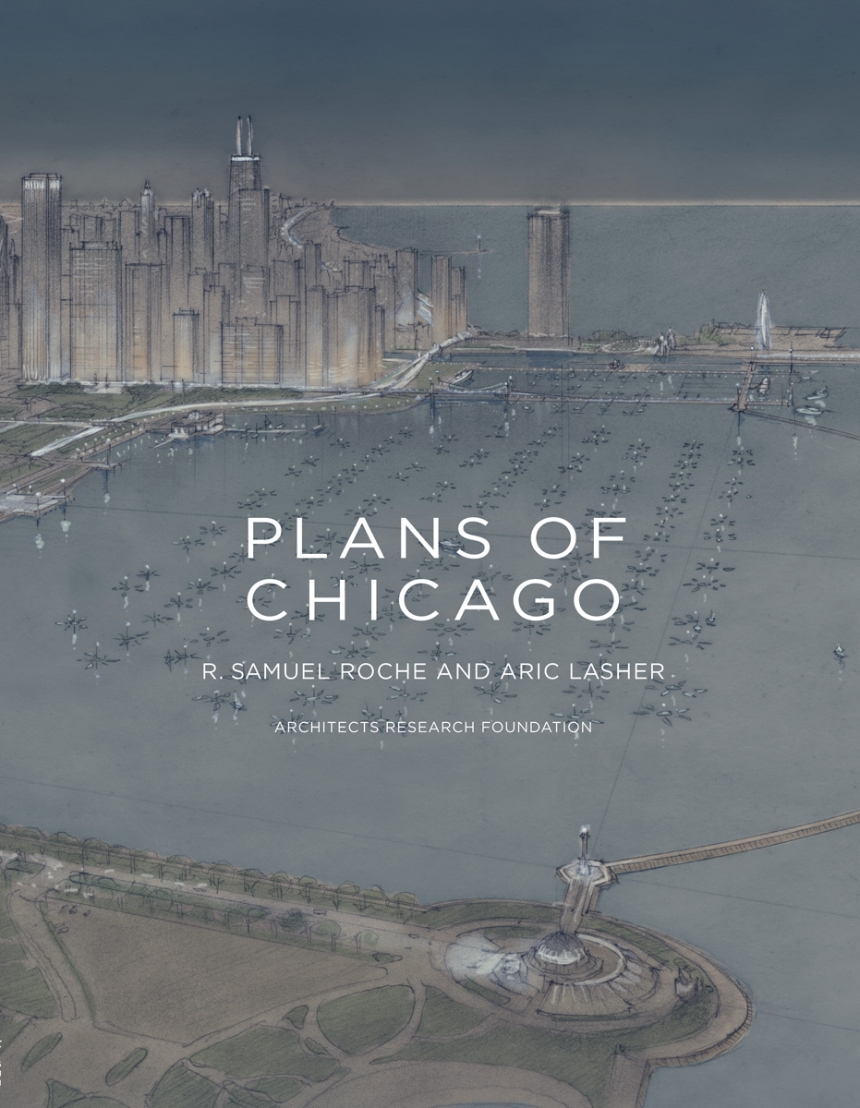 This year Chicago celebrates the centennial of the publication of the visionary Plan of Chicago.Daniel Burnham and his coauther, Edward Bennett, reimagined the American city as a vibrant, interconnected whole. Their Plan is responsible for much of Chicago’s public character, including its open lakefront and expansive park system.

Plans of Chicago, the inaugural publication of the Chicago-based Architects Research Foundation, uses the 1909 Plan as a precedent for reconnecting Chicago’s center to outlying suburbs. As in Burnham’s Plan, improved transportation and park systems will make Chicago both “the city that works” and a “City Beautiful.”

Robert Samuel Roche and Aric Lasher begin with a careful assessment of the Plan’s implementation. Along the way they identify Chicago’s persistent planning problems, and then compare the Plan of Chicago to other proposals, including those by Frank Lloyd Wright, Jens Jensen, Walter Burley Griffin, Eliel Saarinen, and Ludwig Hilberseimer. This historical analysis is the point of departure for the book’s second part, which offers a new plan for managing Chicago’s future growth.  The authors reframe the central city’s relationship to the larger Chicagoland area, proposing new designs for Grant Park and Congress Street and new planning models for urban neighborhoods and the suburbs.

With 130 exquisite illustrations, including reproductions of Jules Guerin’s famous watercolors—collected here in full color for the first time—as well as original drawings by Aric Lasher, Plans of Chicago is the first in a series by the Foundation on Chicago architecture and urbanism. Its practical, viable proposals for city living chart a path for Chicago’s future.