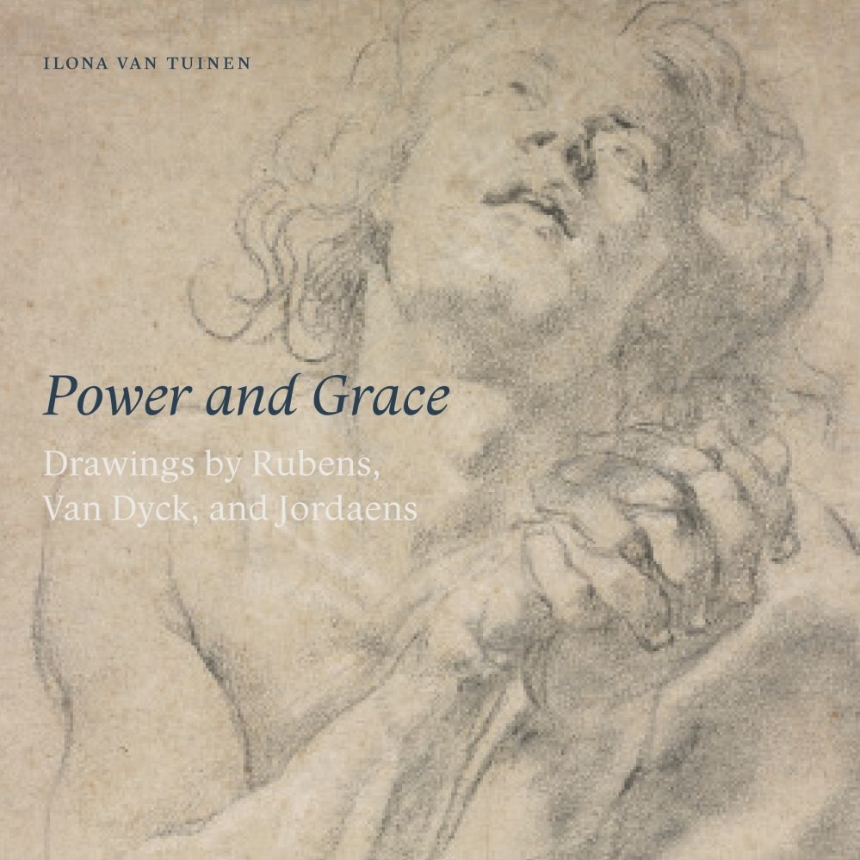 Accompanying an exhibition of spectacular drawings by great giants of Flemish Baroque art from the superlative collection of the Morgan Library & Museum in New York, Power and Grace demonstrates the crucial but very different roles played by drawings in oeuvres of Rubens, Van Dyck, and Jordaens, and highlights the distinctive features of their graphic styles and the impact they had on each other. In 1621, Peter Paul Rubens (1577–1640) wrote a letter to William Trumbull, the English diplomat and political agent to King James I, in which he described a large painting of a lion hunt that he had just completed, “As you rightly observe, such things have more grace and power in a large picture than in a small one … because the large size of a picture gives one much more courage to express one’s ideas clearly and realistically." Rubens here casually disclosed what lay at the heart of his artistic intentions – his constant quest to achieve in his compositions the equilibrium between power and grace. The same can be said of Anthony van Dyck (1599–1641) and Jacob Jordaens (1593–1678), whose lives and careers were markedly intertwined with and influenced by the senior artist. Just how differently they went about achieving this effect can best be seen in their drawings, for it is there that we see the artists thinking, evolving, and creating. The Morgan is particularly well suited to tell this story, for its holdings of Rubens, Van Dyck, and Jordaens drawings are unparalleled in the United States. The nucleus stems from Pierpont Morgan’s important 1909 acquisition of the collection of European drawings from the English Pre-Raphaelite painter and collector Charles Fairfax Murray. During the decades following Pierpont Morgan’s death in 1913, the collection of Flemish drawings was enriched with several notable acquisitions. The exhibited selection includes designs for paintings, tapestries, and sculpture, copies after Italian and German masters, portrait drawings, landscapes, and studies of the male nude.