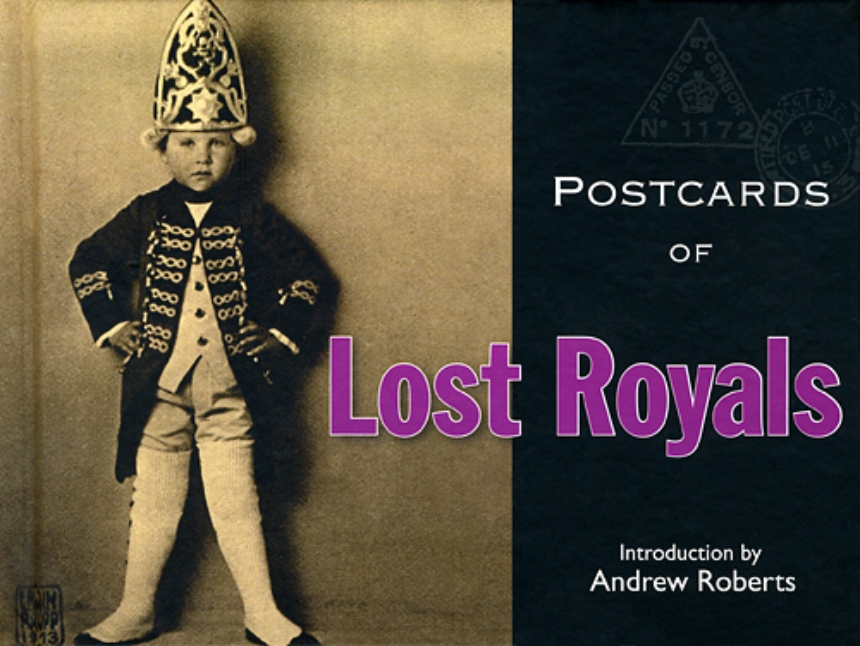 With an Introduction by Andrew Roberts

This enchanting, unique collection of postcards recovers an old world swept away and forgotten over the decades. The lost royals captured here have not been misplaced or gone missing—what has been lost is the very foundation of their royalty. Collected here are royal figures from around the world who lost their titles and were displaced as a result of World War I and other early twentieth-century political movements.

The royal houses of Europe, Africa, and Asia once ruled a continent and held dominions beyond the seas. Today, just ten monarchs still reign in Europe, and those with only limited powers. Captured in these distinctive postcards held in the collection of the Bodleian Library are these lost emperors, kings and queens, czars and czarinas, princes and princess, and grand dukes and duchesses, who were left behind by the sweep of history. Featuring monarchs from the Balkans to the Iberian Peninsula, from Ethiopia to Korea, these portraits include members of the Russian imperial family, and royals from Romania, Bulgaria, and Germany, among others. But this is more than just a picture book; it provides a narrative snapshot of world history—alongside each postcard is an intriguing mini-biography of the pictured royal that provides a gripping account of his or her story.

Reminiscent of a forgotten era of glamour, grace, and regal power, Postcards of Lost Royals brings history to life and distills the essence of a long-vanished world of royalty.

"My favorite new book series (any of which would make a perfect gift book for a very stylish friend) are the "Postcards From" books that the Bodleian Library is publishing."