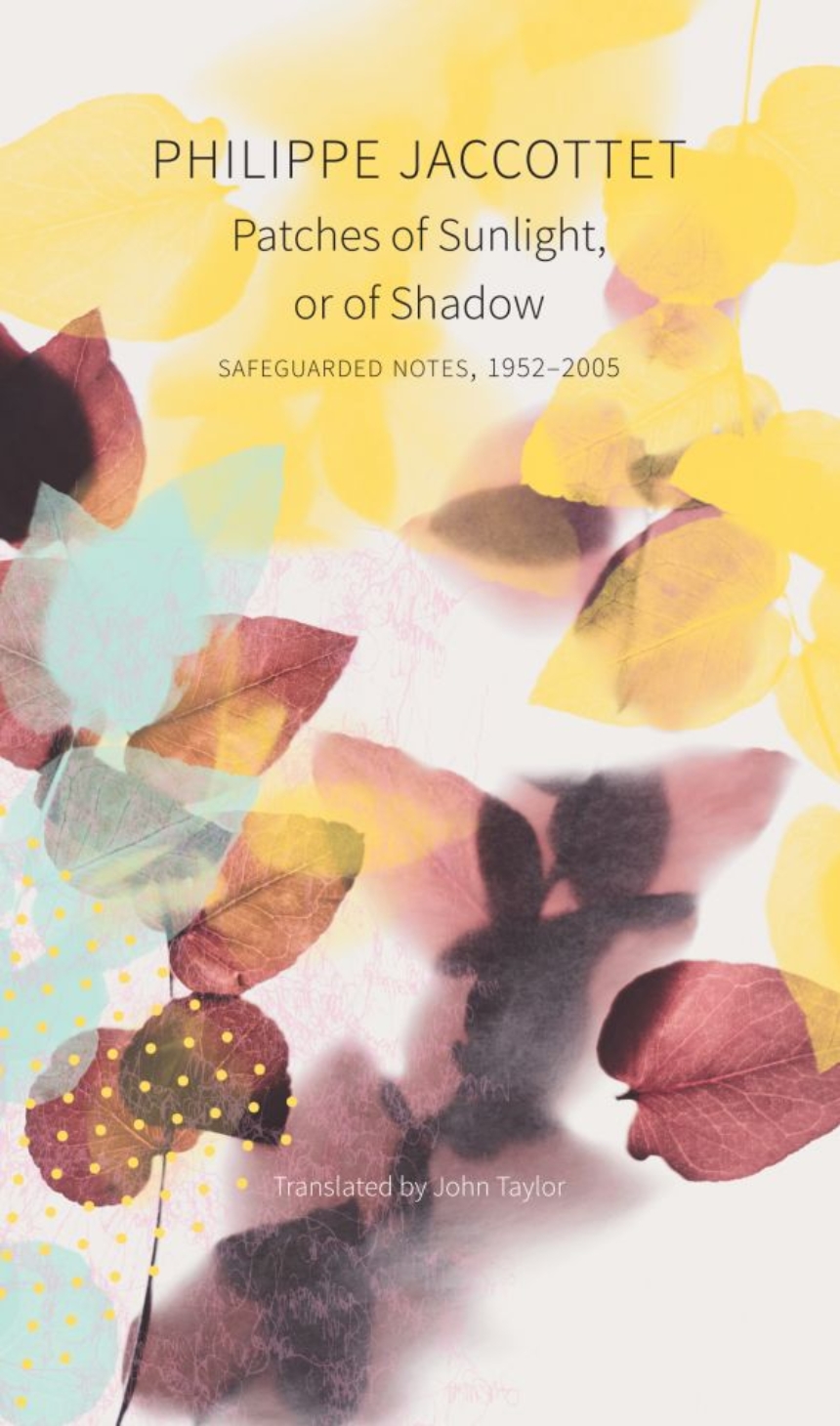 Patches of Sunlight, Or of Shadow

Patches of Sunlight, Or of Shadow

Translated by John Taylor
Philippe Jaccottet’s newest work follows in some ways the approach of Seedtime, his recent two-volume collection of notebooks. Similarly comprising on-the-spot jottings, philosophical reflections, literary commentary, dream narratives and sundry “notes,” this book nonetheless differs from the preceding volumes in that the Swiss poet includes more personal material than ever before. Drawing on unpublished notebooks from the years 1952–2005, Jacottet offers here passages about his family, the death of his father-in-law and of his mother, his encounters with other major poets—such as René Char, Francis Ponge, Jean Tardieu, and his friends Yves Bonnefoy and André du Bouchet—and his trips abroad, as well as, characteristically, his walks in the countryside around the village of Grignan, in the south of France, where he has lived since 1953. For a poet who has been notoriously discreet about his life, this book offers unexpected glimpses of the private man. Above all, the entries in this notebook show how one of the greatest European poets grapples with the discouraging elements of existence, counterbalancing them by recording fleeting perceptions in which “something else,” almost like a threshold, seems present.

"Patches of Sunlight, Or of Shadow is the fourth volume culled from Jaccottet’s many private notebooks, translated from French by John Taylor. In short and fragmentary paragraphs of quotation, reflection, and description, it covers in one leap the years — 1952-2005 — successively covered by the last three such volumes. It has a self-consciously valedictory tenor, and it is full of bracketed editorial comments by Jaccottet, inserted in 2008 when he made the selection, which often explain that this or that passage should be viewed as a supplement to excerpts published in a previous volume. This book is more personally revealing than the previous ones, and sometimes it is more openly critical of the poet’s contemporaries, lending the whole production an air of the declassified document available to the public now that the mission that occasioned its secrecy has been completed. But there are no big revelations here, only a confirmation of what attentive readers of Jaccottet have known for a long time: that his work is rooted in a deep and sustained reflection on the existential reality of death, and the countervailing abundance of life, and a reading of nature and culture through that lens."

"With Patches of Sunlight, or of Shadow, John Taylor has given us another reminder of the beauty of Philippe Jaccottet’s own work, which is never less than an incitement to inhabit the earth a bit more fully."