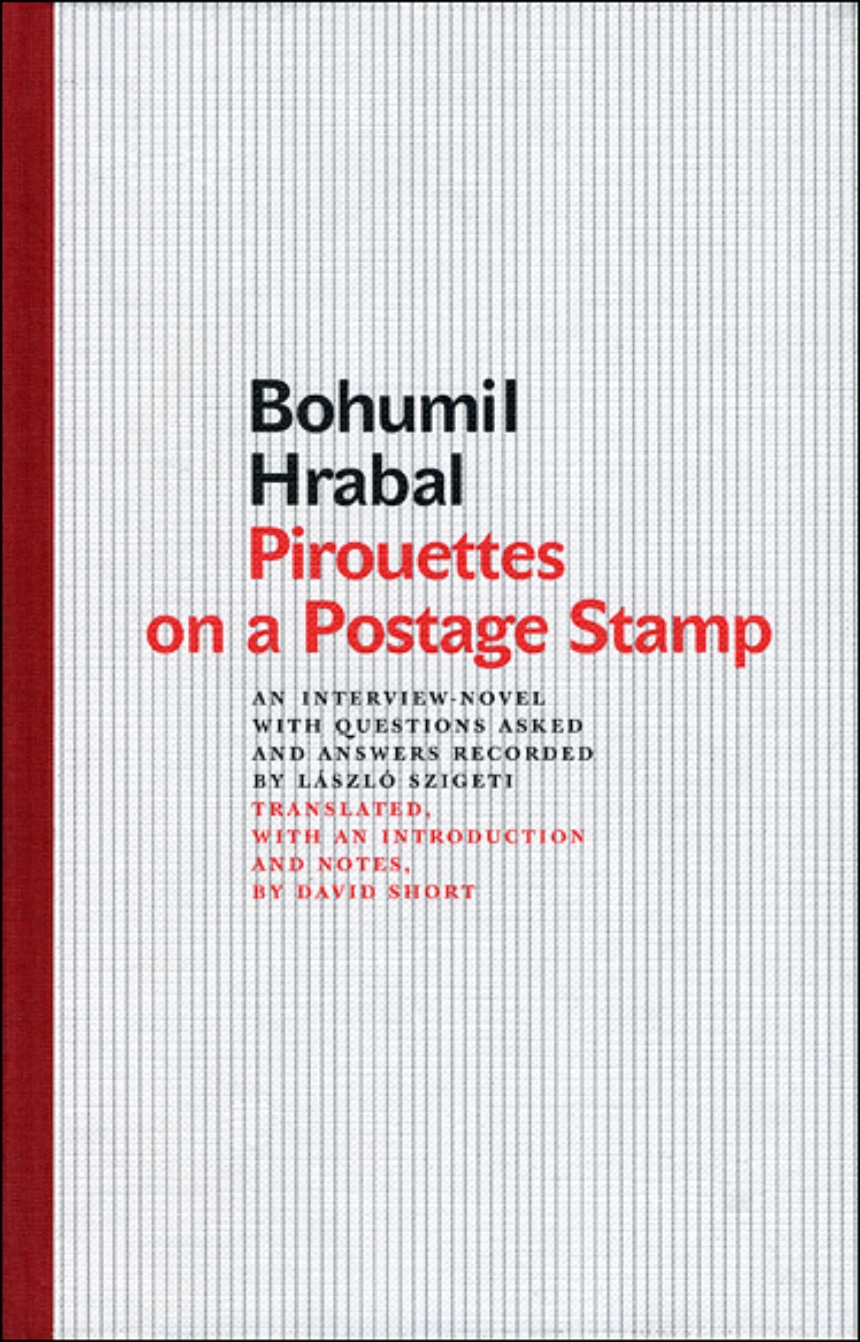 Pirouettes on a Postage Stamp

Pirouettes on a Postage Stamp

Translated with an Introduction and Notes by David Short
Novelist Bohumil Hrabal (1914–97) was born in Brno, Czechoslovakia and spent decades working at a variety of laboring jobs before turning to writing in his late forties. From that point, he quickly made his mark on the Czech literary scene; by his death he was ranked with Jaroslav Hašek, Karel Capek, and Milan Kundera as among the nation’s greatest twentieth-century writers. Known for writing about political questions with humor and vivid expressiveness, Hrabal also was given to experimentation—his early novel Dancing Lessons for the Advanced in Age, for example, consists of a single extended sentence.
Pirouettes on a Postage Stamp carried Hrabal’s experimentation to the field of autobiography. On its surface a verbatim record of an oral interview conducted by Hungarian journalist László Szigeti, the book confuses and confounds with false starts, digressions, and philosophical asides. Yet despite all the games and distractions, Hrabal’s personality shines through, compelling and unforgettable, making Pirouette on a Postage Stamp an unexpected treat for any lover of Czech literature.

“Pirouettes on a Postage Stamp marks a kind of transition from scholarship to belles-lettres: it is a book length interview of Bohumil Hrabal (1914-97) by a Hungarian admirer, the journalist László Szigeti…. That Szigeti plays a passive role does little harm: Hrabal is perfectly capable of taking the ball and running with it. Indeed, the Hrabal he gives us is more the garrulous Hrabalesque narrator than the actual, private Hrabal…. Hrabal was an autodidact when it came to literature and philosophy, but…he took his Rabelais, Baudelaire and Dostoyevsky, his Socrates, Tertullian, Kant, Hegel, Kierkegaard, Heidegger, Jaspers and Lukács (to say nothing of Lao Tsu) seriously, and the comments he makes on them here remind me of the extended, highly sophisticated commentaries I heard him make during the two days I once spent in his house in Kersko. The narrators’ philosophical riffs are distillations not distortions of their masters’ voices, resting as they do on Hrabal’s solid knowledge of the sources.”

“One of the great prose stylists of the twentieth century; the scourge of state censors; the gregarious bar hound and lover of gossip, beer, cats and women (in roughly that order). . . . In Hrabal’s work beauty, pity, sorrow and high silliness come tightly braided.”

“Hrabal is not only a consistently entertaining storyteller, but some of his novels and stories are comic masterpieces that I wouldn’t advise bringing on planes or to doctors’ waiting rooms, where those overhearing your cackling may get the wrong idea and summon someone in authority to intervene. Serious works of literature that make us laugh uncontrollably are rare. When one remembers that Hrabal lived in a country and at a time in European history when there was absolutely nothing to laugh about, one’s amazement at what he accomplished is even greater.”

“It is soccer that is the origin of the title of the book, which refers to (soccer) dribbling on a handkerchief, that is, an impressive physical, and by extension artistic, feat performed within a small area of space. One sees how this can also refer to Hrabal’s proclaimed literary aesthetic, Total Realism: the art of conjuring up a whole world on a single square meter of space…. As in his novels and short stories, Hrabal’s chameleonic style here is on display. The cast of his hovor ambles colloquially about, leaping from the demotic…to the profound…. The book is aswarm with sagacity and sententiae that simply beg to be posted on Facebook.”

“Bohumil Hrabal embodies as no other the fascinating Prague. He couples people’s humor to baroque imagination.”

Other Works by Hrabal