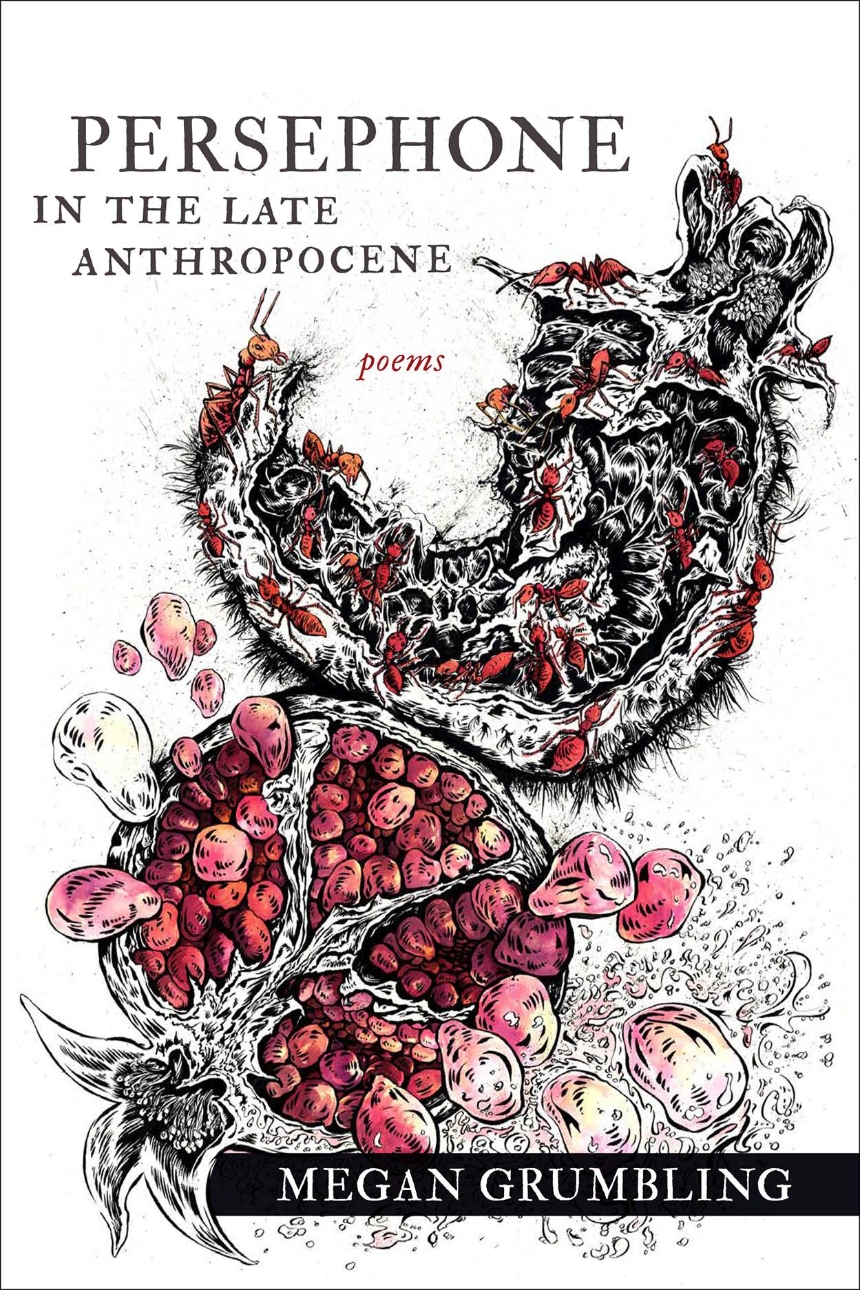 Persephone in the Late Anthropocene

Persephone in the Late Anthropocene

Persephone in the Late Anthropocene vaults an ancient myth into the age of climate change. In this poetry collection, the goddess of spring now comes and goes erratically, drinks too much, and takes a human lover in our warming, unraveling world. Meanwhile, Persephone’s mother searches for her troubled daughter, and humanity is first seduced by the unseasonable abundance, then devastated by the fallout, and finally roused to act.

This ecopoetic collection interweaves the voices of Persephone, Demeter, and a human chorus with a range of texts, including speculative cryptostudies that shed light on the culture of the “Late Anthropocene.” These voices speak of decadence and blame, green crabs and neonicotinoids, mysteries and effigies. They reckon with extreme weather, industrialized plenty, and their own roles in ecological collapse.

Tonally, the poems of this book range between the sublime and the profane; formally, from lyric verse and modern magical-realist prose poems to New Farmer’s Almanac riddles and pop-anthropology texts. At the heart of this varied and inventive collection is story itself, as Demeter deconstructs “whodunits,” as the chorus grasps that mythmaking is an act of “throwing their voices,” and as their very language mirrors the downward spiral of destruction. Together, the collected pieces of Persephone in the Late Anthropocene form a narrative prism, exploring both environmental crisis and the question of how we tell it.

“If the human species is to survive the calamities of the Anthropocene, its fires, floods, and pandemics, what myth will help us remake the world? In these poems, Megan Grumbling peers through the story arc of Persephone’s descent and ascent like a lens, then refracts the narrative. Here Persephone, whose ‘blues beg bright things freed,’ parallels a chorus assailed with ‘flooded beds and swollen tongues’ and a modern Demeter who leads us from grief to gourd-clamor. Part almanac, part anthropological study, part opera, these imagination-affirming poems are profoundly consoling, as Grumbling shows us how to ‘once more make light speak, and sob, and sing.’”

"Persephone in the Late Anthropocene brings the goddess back to the light disruptively early, and all bets are off. In vivid scraps and lyric stumbles, in fanciful snippets and realized verse, in songs of joy and cries of lament, also in refrains of plain environmental science (hardly cheering but perhaps the way back from catastrophic climate change), in unsung arias and choral bleats and—despite all—in soaring flights of hope (every sentence a masterwork), this end-times opera drags our terror into the light where it might actually save us, rises from these pages like greenest shoots fleeing the dark, the cold, the cruel."

Bill Roorbach, author of Life Among Giants, The Remedy for Love, Lucky Turtle

"A stunning experience. . . . Grumbling has succeeded in reinvigorating the Persephone myth for a contemporary audience so viscerally that it is a wonder no one thought to do so before. All readers will be better off for having experienced Grumbling’s work."